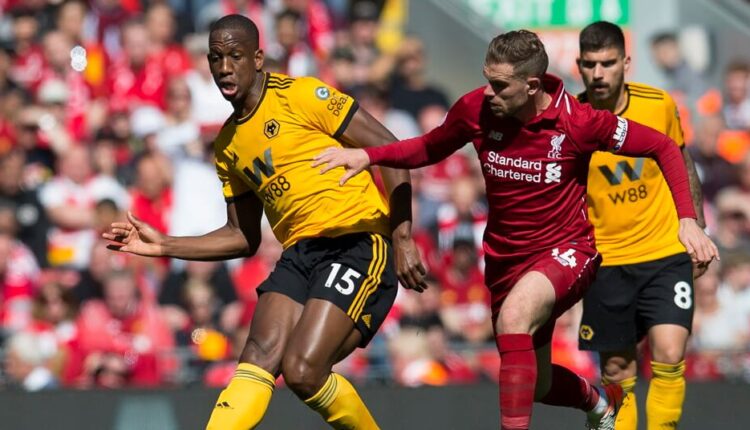 What’s Changed?:  The long-awaited return of the King of Wolves.  Boly is back chaps and more fool you if you’ve not been paying attention to the @FPLKickaround podcast where both host @JWillDraft and analyst @draftgenie have been advising for weeks to go out and trade or pick up Boly!  Those of you who make up part of that 81% ownership will be very smug indeed as Boly came straight back into the side, picking up like he had never been away.  Solid and commanding, with excellent aerial threat for picking up defensive and attacking returns; Boly registered a clean sheet and a solid 15 point haul against an average Manchester United side.  But still, impressive never the less considering his time out; not to mention Boly played the full 90 minutes!

What’s Changed?:  The new Canary midfielder has taken to life in the Premier League very well.  Duda is a no.10 and looks both threatening in terms of creativity and making late runs into promising goal-scoring positions.  For all of Norwich’s faults, the one that gets less discussion than their defensive frailties is that of Norwich’s massive over-reliance this season on Pukki scoring goals.  With Norwich’s second-highest goalscorer, Cantwell with six, it is clear that Duda has been brought in to not only create but score goals.  Yet in his opening three games for Norwich Duda has failed to pick up an attacking return; making it even more impressive that he has registered double-digit scores in all of his outings!  Duda is an essential pick-up in any league!

What’s Changed?:  We graded new boy Bergwijn in our January transfer analysis as four out of five stars.  But after the Premier League debut, he had against Manchester City, we might need to upgrade this rating to a full five stars!  The goal scored by Bergwijn tells you everything you need to know about him: excellent control, ice-cool composure and an exquisite finish.  With his ownership statistic rising 27.8% to 47% owned, presumably the bulk of that rise coming when managers saw Bergwijn named in the starting lineup; you need to move fast to get your man!  He’s locked in for the rest of the season and looks an obvious choice for any Fantrax side!

What’s Changed?:  This feels a little bit harsh, and could or should be Lundstram, but given that Matip hasn’t played since October we’ve picked out the Liverpool defender.  We saw some massive hype for Matip about two to three weeks ago, as the central defender started to appear in training having been out for such a long time injured.  Yet here we are, with Matip having not featured for Liverpool in the league since his return.  Moreover, Joe Gomez has been in sublime form helping Liverpool to nine clean sheets in the last 10 Gameweeks; massively impressive form and clearly undroppable.

Recommendation:  Without a doubt, Matip is the ‘next cab off the ranks’ if the form of Gomez dips.  If you can afford to stash Matip away, do so, and hold onto him in the hope that he breaks into the team as we head into playoff season.

What’s Changed?:  James is in dreadful form, as defenses appear to have completely sussed out how to cope with the young winger.  With bundles of talent and pace to burn, yet United seems to get very little out of James; much to the frustration of all Fantrax managers.  The last double-digit score came for James six Gameweeks ago now, this double-digit score coincide with his last attacking return; of which James is very heavily reliant upon for big scores.

Recommendation:  Despite the fact that James is likely to play the vast majority of the fixtures, we would drop him.  United doesn’t exactly have stars to replace James, but his position is under serious pressure.

What’s Changed?:  Having scored three goals on the bounce, Maupay was on everyone’s radar, but since then the Brighton forward has registered only two assists in the following seven gameweeks.  Having played a full 90 minutes and scored double-digit points in Gameweek 24, Maupay was an unused substitute in Gameweek 25, which saw Brighton come back from 3-1 down, to draw 3-3.  Massively concerning that Potter turned left Maupay on the bench despite only using two of his three changes.

Recommendation: Given the stage of the season, we think you need to be looking at regular starters, and would, therefore, be happy to drop Maupay from your squad.