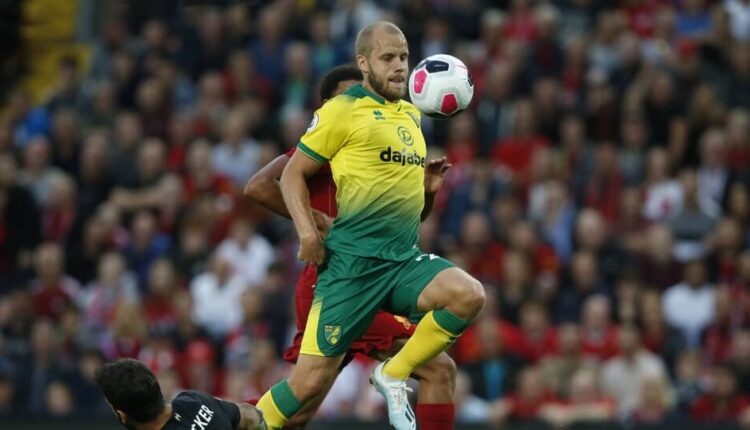 What’s Changed?:  We start this week’s edition with Burnley left back Taylor; who epitomizes why we write this weekly feature.  Taylor is not a household name, and many Draft EPL and Fantrax managers will be actively avoiding the Burnley defense unless of course, you can get hold of Tarkowski.  So this is why we are here for you chaps, if you’re looking at the free agents in your league and you’re in need of a defender, then typically you’d flick past Taylor, but the left back is worth a closer investigation.  Taylor has seemingly seen off competition from the early season in-form Pieters and is now establishing himself in the starting XI.  Taylor’s Fantrax statistics back up the justification for holding his spot, having picked up double-digit scores in five of the last seven appearances; all this despite keeping only three clean sheets.

What’s Changed?:  We’ve talked at length in the past on the @FPLkickaround podcast about the value of having a consistent points scorer in midfield.  We’re not necessarily referring to a big name player who you’d expect to score double-digit scorers week in, week out; but the capability to return an average of eight points per gameweek.  Right now, Fred is leading the way in the ‘Mr. Consistency’ form books.  There are obviously bigger names who fit this mold, most notably Joao Moutinho; but at only 46% owned Fred is likely to be available in your league.  An average of 9.3 points per gameweek over the last five gameweek’s gives you a real indication for the form Fred is riding right now.  Fred will offer your side consistent points as we build up to the business end of the season.

What’s Changed?:  Can we be sure this form is more than just a momentary glimpse?  Not at all, and I wouldn’t be keen to put my mortgage on Jahanbakhsh racking up 10+ goals over the remainder of the season.  However, it is clear to anyone that watches football that Jahanbakhsh’s confidence is sky high; only a confident player attempts a bicycle kick.  Imagine the feeling of backing up your first Premier League goal with a bicycle kick goal, your confidence will be unrivaled.  So with two huge back-to-back gameweek scores totaling 32 points, Jahanbakhsh makes it into our Gameweek 22 player rankings hot list.  Worth punting on and seeing how the Iranian performs!

What’s Changed?:  It hasn’t been a great run for Jonny who has failed to pick up a double-digit gameweek score in the last five gameweeks.  Moreover, the form of Jonny is not just the only concern, Wolves have failed to keep a clean sheet in their last six fixtures!  After the Gameweek 22 fixture against Newcastle, the future looks pretty ominous for Jonny as Southampton, Liverpool, Manchester United and Leicester all feature in the top-10 goal scorers in the Premier League.

Recommendation:  For Jonny, we suggest a two-stage approach.  We’d recommend keeping Jonny for the fixture with Newcastle as this could bring about a clean sheet; particularly given all the injuries Newcastle is dealing with at present.  We’d then suggest looking for a trade, hopefully using the cleanie picked up in this Gameweek as bait!

What’s Changed?:  We’ve not been overly impressed with Milivojevic this season, under-performing with an average of 7.28 points per gameweek so far.  The last five gameweeks have been poor for Milivojevic, scoring lower than his season average; and it could have been much worse had Milivojevic not picked up 13.5 points in Gameweek 20.  Don’t get us wrong, Milivojevic is not performing horrifically but there are better, more in form players available.  The straw the finally broke the camels back for us, was the red card picked up in the FA Cup; meaning Milivojevic will miss the next three gameweeks.

Recommendation:  We’d recommend searching for a trade deal for Milivojevic.  We’d expect you to be able to get a pretty good deal over the line as Milivojevic is a fashionable draft EPL player.  Trading away Milivojevic will undoubtedly feel strange, but his form this season has been poor; Draft EPL moves quickly so you need to ensure your squad is full-on in form players.

What’s Changed?:  We really didn’t want to add Pukki to the Gameweek 22 player rankings cold list.  In fact, let’s talk about Harry Kane (100%) who is ruled out until March with a hamstring injury.  Kane could miss in the region of six to eight games; so we’d recommend looking for a trade deal to soften the blow!  Sadly, back to our Norwich boi, Pukki!  The Canaries frontman has gone on another little run of poor form recently, not to mention picking up an injury that will rule him out of Gameweek 22.

Recommendation: We’ve seen Pukki go through some bad form already this season and he came out the other side; so we’d recommend holding onto the Norwich forward.