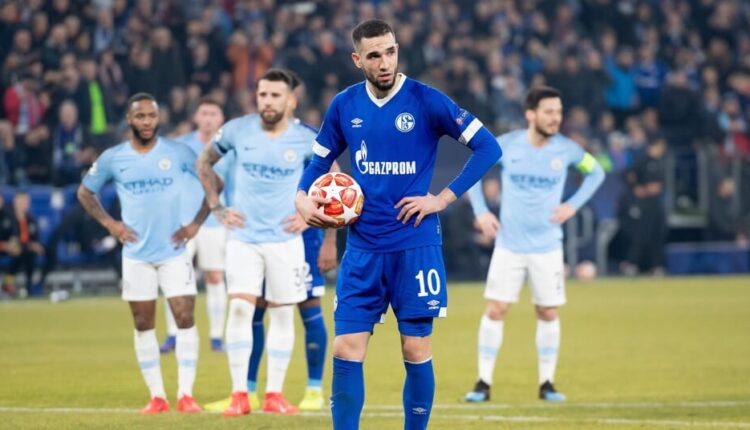 Part 1 of our January Transfer Analysis features those that occurred between 1st January and 13th January.

We outline each Fantasy EPL New Signing individually, providing our views on how they will perform for the rest of the season, and a star rating is given based on their upcoming prospects!

Prospects:  Watford signed Pussetto from their “sister-club” Udinese, for a fee of around £7 million.  The Argentinian winger had a decent spell at the Italian club, after signing from Huracan in July 2018.  Predominantly a right-winger, Pussetto is expected to challenge Sarr for his place in the side.  Considering the form Sarr has shown in recent weeks, Pussetto faces an uphill battle.

Verdict:  Pussetto has made substitute appearances in each of the games he has been available for since signing for Watford.  Considering Sarr was ruled out with an injury in Gameweek 24, and Pereyra started on the right-wing instead of him, we’re not ranking Pussetto’s prospects too high.  If the Argentinian midfielder had been brought to the club with a view to him playing straight away, surely he would have started in the absence of Sarr.   Pussetto could come good, but it looks as though he won’t break into the best eleven between now and the end of the season.

Prospects:  Mourinho moved pretty quickly to bring in Portuguese midfielder Gedson Fernandes on loan from Benfica.  The youngster is very talented, and though of pretty highly around world football.  Fernandes has however been dropped from the Benfica starting eleven in recent months after suffering an injury earlier in the season.  This 18-month loan move is widely expected to be made permanent, and therefore we would hope that Fernandes is given a chance to establish himself in the Tottenham midfield.

Verdict:  So far it doesn’t look great, as Fernandes has seen 25 minutes of action from the bench, and scored a lowly two points.  However, it could be worth stashing him now in the hope that he gets himself into the starting eleven, and scores well in Fantrax!  Tottenham have lots of injuries in central midfield, with Harry Winks the latest to join the injury list.  We’re not particularly high on Fernandes, but he’s worth bringing into your squad if you have a spare roster slot to take a gamble on!

Prospects:  West Ham has moved quickly to bring in a good quality reserve goalkeeper, after the comical performances of Roberto Jimenez towards the end of last year.  The Spanish veteran was a shocking deputy to Fabianksi, and with the Polish international now out injured again, West Ham simply had to move on another goalkeeper.  Randolph is an experienced player and has performed well for Middlesborough since leaving West Ham in July 2017.  The Irishman played well for The Hammers when called upon, but at the time he couldn’t establish himself as the number one ahead of Adrian.

Verdict:  Randolph is a good goalkeeper, and has proved this whilst playing for Middlesborough over the last few years.  However, Fabianski is undoubtedly West Ham’s number one, and therefore Randolph will have to bide his time.  With Fabianski currently out injured, Randolph has a chance to impress Moyes.  However, in his two games so far he’s conceded five goals and made just five saves.  That’s not a good ratio of saves to goals conceded!  Not a good option long term.

Prospects:  Aston Villa has brought in the rather unknown forward Mbwana Samatta from Belgian side Genk.  Dean Smith has signed Samatta as a replacement for the injured Welsey, and he looks to be a similar kind of player.  There are lots of similarities between them, and unfortunately, it looks as though Samatta will be a poor Fantrax asset.  The Tanzania international has scored 43 goals in his 101 games for Genk, but we don’t expect that form to carry over to the Premier League.

Verdict:  Samatta is likely to go straight into the Aston Villa side, so if you’re desperate for a starting forward, he’s worth taking a gamble on.  If you’re already pretty set for forwards, then we wouldn’t waste a waiver claim or FAAB budget on bringing him in Samatta.  Wesley 2.0 will likely be fine for the rest of the season, but nothing spectacular.

Update:  Started for Villa in the League Cup Semi Final.  Played pretty well considering Villa were defending most of the game, but didn’t gain statistics that would transfer into a good Fantrax score.  Started and scored on his Premier League debut, though.

Prospects:  Newcastle has brought in Algerian international midfielder Nabil Bentaleb on loan from Schalke.  Bentaleb is a product of Tottenham’s youth academy, and he has Premier League experience having played 46 times for The Lillywhites.  The 25-year-old midfielder performed pretty well during his first couple of seasons at Schalke but has fallen out of favor recently due to disciplinary issues.  Bentaleb hasn’t appeared for the German side this season!

Verdict:  We expect Bentaleb to go straight into the Newcastle team, despite the fact that he hasn’t played in a competitive game for a while.  Newcastle has lots of injuries, and an additional central midfielder should serve them well.  We would use a mid to high-level waiver wire claim on Bentaleb, depending on your squad needs, as well as the other signings that are made by the time your waivers next clear.  Bentaleb should score ok for ‘Kante Points’ in Togga Scoring leagues.  He’s the best prospect from Part 2 of our January Transfer Analysis.

Update:  Started in Gameweek 25, and gained a great score of 12.5 points.  Looks good for ghost points, sign him up if you still can!

Prospects:  Jack Robinson is a Liverpool youth academy graduate, and is actually the second-youngest player to make a senior appearance for The Reds.  Robinson appeared for the club at the age of 16 years and 250 days!  In recent years the defender has been playing in the Championship for Queens Park Rangers, Huddersfield Town, and Nottingham Forest.  Chris Wilder has moved to bring in some defensive competition, with Robinson able to play at left-back, or as a left-sided center-back.  The Englishman appeared from the bench in Gameweek 24, replacing fellow defender Basham for the final 15 minutes.

Verdict:  For the moment Robinson will be a back-up player, but there’s a chance that he could work his way into the starting eleven.  There are rumours that Robinson has been brought in to potentially replace O’Connell in the side.  For now, Robinson isn’t worth signing, but if he can oust O’Connell from the side, he’s worth bringing in.  The Sheffield United defense is likely to perform well after the next set of fixtures.

Verdict:  Newcastle have brought in another new face on loan, this time in the form of Austrian right midfielder Valentino Lazaro.  He’s a fairly versatile player, who is able to play pretty much anywhere along the right hand side the field.  With all of Newcastle’s injury problems, we expect Lazaro to be fielded at right wing-back.  We’re slightly sceptical about this one though, as Danny Rose looks set to sign for Newcastle, which means Matt Ritchie may move over to the right hand side.  Lazaro is worth an add in deeper leagues, but his prospects aren’t that great at the moment in our eyes.

Update:  Came on at right wing-back during the 0-0 draw with Norwich, but only managed 1.5 points

Verdict:  David Moyes has got the central midfielder he’s been looking for, after being linked with lots of players through January.  The 24 year old Czech midfielder will add even more competition to the West Ham midfield, but we’re pretty confident Soucek will be able to work his way into the starting eleven.  Many class him as a ‘defensive midfielder’, but his record for goals and assists is actually pretty good.  Soucek looks to be a good prospect, you may just have to wait a few weeks before he gets himself into the side.  The central midfielder should score well for on the traditional Kante points.

Update:  Straight into the starting eleven for West Ham, and gained 10.5 points during 85 minutes of action.

Verdict:  The first big signing of the January Transfer Window, as Tottenham signed Dutch winger Bergwijn from PSV Eindhoven.  We’re pretty excited about this move, as Bergwijn has been performing very well in recent seasons in the Eredivisie.  Obviously the standard of the Dutch League is not great, but still, those numbers are impressive and we think Bergwijn will perform well in Fantasy EPL.  The question is if he will go straight into the Tottenham starting lineup.  With Kane out injured, there’s a good chance he’ll line up on the left-wing, with Son moved to the central striker position.  Bergwijn is well worth splashing a good chunk of your FAAB budget, or using a high-end waiver wire claim!

Update:  Straight into the side, and scored a great goal against City!!  Sign him up if you still can!!

Verdict:  Big fan of this move, as Walker-Peters has always shown good potential in Togga Scoring over on Fantrax.  The young right-back will be a certain starter in the Southampton side, with Cedric looking likely to move on.  We’ve covered how red-hot The Saints are at the moment, and after Gameweek 25 they have a really great run of fixtures.  If you’re in need of a defender, Walker-Peters is well worth a look!

Verdict:  Is this the January Transfer Signing people have been waiting for?  We think so!!  Bruno Fernandes is set to join Manchester United in a deal that could rise to £68 million.  The Portuguese midfielder has produced exceptional numbers the last couple of seasons, and looks to be a great Togga Scoring asset.  If you’re top of your waiver claim list, or have a big chunk of FAAB remaining, use it to get hold of Fernandes!!  He’ll go straight into the Manchester United side, and should score well between now and the end of the season.

Update:  Gained 5.5 points during his first start… not great, but its early days!

These Chaps have left the Premier League this January: