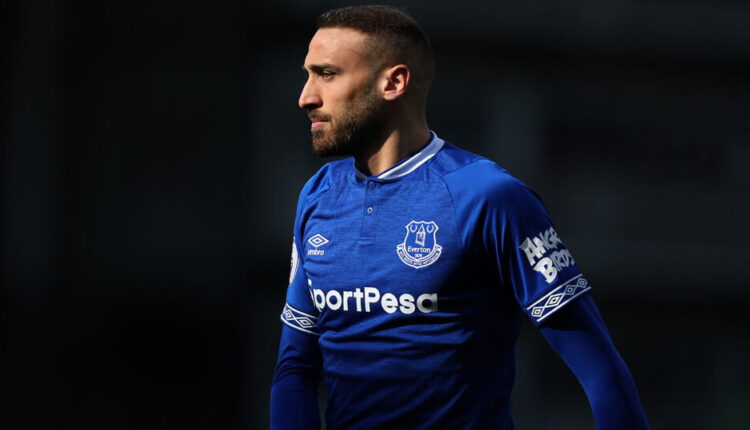 We outline each Fantasy EPL New Signing individually, providing our views on how they will perform for the rest of the season, and a star rating given based on their upcoming prospects!

Prospects:  Liverpool moved quickly to sign Minamino, after his impressive performances in the Champions League earlier this season.  The Japanese winger had a bargain £7.25 million release clause in his contract with Red Bull Salzburg, so the signing is pretty risk-free!  Minamino is an exciting player, who scored five goals in the Bundesliga this season, as well as gaining two goals and three assists in the Champions League.  Liverpool has a great prospect on their hands, who could be a great January signing based on the fee.

Verdict:  We don’t see Minamino making much of an impact this season, to be honest.  The Japan international is obviously very talented, but Klopp likes to let his players settle into life at the club before starting too many games.  For example, Fabinho was used sparingly when he first came to the club.  Now he’s one of the best central defensive midfielders in the Premier League.  Minamino is likely to take on an Origi/Shaqiri role between now and the end of the season.  If he starts for Liverpool, you’ll want to pick him up from the free-agent pool.  If he’s not starting, he’s droppable.  For Fantrax managers playing in larger leagues with no real options for free agents, then he’s worth signing and stashing.

Update:  Still not much game time for Minamino.  Doesn’t look like he’s worth owning.

Prospects:  Joao Pedro is a young Brazilian forward with a bright future ahead of him.  Watford arranged this signing in the autumn, but had to wait until 1st January in order for him to join the club.  The fee of £3.6 million looks to be a bargain, based on his current market value as per TransferMarkt.  They have Joao Pedro as being worth £18 million!  The youngster scored seven goals in 28 games for Fluminense and is regarded as a bright prospect in world football.

Verdict:  We don’t expect Joao Pedro to have much of an impact this season.  He’s likely to spend the next five months acclimatizing to life in the Premier League, ready to hit the ground running next season.  Watford has a good attacking quartet of Deeney, Deulofeu, Sarr, and Doucoure, and the likes of Gray, Pereyra, and Hughes will provide back-up.  There isn’t really a route to the first team for Joao Pedro at the moment.  A potential Fantasy EPL asset in the future.

Prospects:  Jack Rodwell is a bit of a joke in English football, for anyone unaware of the central midfielder.  Rodwell was once a great young prospect at Everton, after breaking into the side at a young age.  After making 85 appearances for The Toffees, Rodwell was signed by Manchester City in 2012.  The Englishman made just 16 appearances in two seasons and was swiftly sold to Sunderland.  At this point, Rodwell was still a fairly big name in the Premier League, and at 23 years old Sunderland thought they had signed a player to take them forward.

After three poor seasons, the club was relegated to the Championship.  Rodwell was still earning a very high weekly wage but refused to terminate his contract with Sunderland, despite literally sitting on the sidelines for the whole of the 17/18 season.  The club was in severe financial difficulties, and Rodwell’s refusal to help the club by relinquishing himself from the big-money contract was severely detrimental.  Sunderland was subsequently relegated again to League One.  Rodwell spent last season playing for Blackburn in the Championship, but only managed 21 appearances.

Verdict:  We’re not sure how or why Rodwell is back in the Premier League after such a fall in grace since leaving Manchester City five years ago.  The Englishman has been brought in as a back-up player for Sheffield United, but we’re not sure if his presence is going to help with the harmony of the club.  Rodwell doesn’t deserve to be a Premier League player, and this is certainly a confusing January Transfer.  Don’t expect him to play much.  Our January Transfer Analysis take: Avoid.

Prospects:  Remember when Drinkwater partnered Kante in central midfield for Leicester, and he was an integral part of a Premier League-winning side?!  Neither do we.  Drinkwater moved to Chelsea for £35 million ahead of the 2017/18 season, one year after Leicester’s historic title victory.  The English midfielder has gone on to make just 12 appearances for The Blues, and his career is almost in tatters.  A loan spell at Burnley earlier this season, where he played one game, hasn’t helped his reputation either.  Aston Villa has moved to bring in Drinkwater after influential midfielder McGinn suffered a serious injury.

Verdict:  Drinkwater was thrown straight into the starting eleven for his new side, as he played from the off against Manchester City in Gameweek 22.  Aston Villa lost this game 6-1, so its hard to judge Drinkwater’s potential based on this game.  We would recommend waiting on this one.  See if Drinkwater establishes himself in the Villa side, and then decide if his points-scoring warrants a place in your Fantrax side.  We’re predicting it won’t, but one to keep an eye on nonetheless.

Update:  Started in GW23 against Brighton and scored zero points!

Prospects:  Tosun!!!!  Chap 2 will be happy!  Mentioning Cenk Tosun on the FPL Draft Kickaround is perhaps Chap 2’s favorite pastime.  Now that he has a chance of nailing down a spot in a Premier League side, Chap 2 will be over the moon.  Tosun has moved to Crystal Palace on loan for the remainder of the season, after another frankly poor campaign with Everton.  The big Turkish forward is not good enough to play at this level, but he may be able to find some form at Crystal Palace.  A similarly poor forward named Christian Benteke has remained on their books for a good few years, and they also had Alexander Sorloth last season.  Remember him, anyone?!

Verdict:  Despite the jokes about Tosun from Chap 2, Draft Genie, and Kickaround host Joe Williams, we actually think he’ll do okay between now and the rest of the season.  Tosun is likely to be given a starting slot, and Palace like to play with a target man forward.  If Tosun can gain some ghost points for aerials, as well as a couple of goals and assists from simply being on the pitch and being the hold-up man, he could be a decent shout.  The Turkish forward won’t set the Fantrax world alight, but he’s worth bringing in as a FWD3/4.  The favourite from our January Transfer Analysis so far!

Update:  Started and scored against Manchester City in GW23.  Sign him up if you still can!  #TosunTrain

Prospects:  Duda is an attacking midfielder from Slovakia, who has joined Norwich on loan for the rest of the season.  The 25-year-old hasn’t played for his parent club, Hertha Berlin, since early December, but had an impressive campaign last time around.  During the 18/19 season, Duda scored 11 goals and gained six assists in the Bundesliga.  Therefore, the midfielder does have a certain amount of pedigree.  It remains to be seen how match-fit Duda is though, after not playing a competitive game for six weeks.

Verdict:  We don’t expect Duda to have much of an impact on the Norwich City starting eleven, or Fantasy EPL, for the moment.  The Slovakian international will provide some competition for Cantwell and Hernandez, and is a more talented footballer than Stiepermann.  However, Farke has proven this season that he doesn’t give loan players much game time.  Amadou, Farhmann, and Roberts have all struggled to make an impact on the first team, and therefore we’re skeptical over Duda’s prospects.  Wait and see on this one.  Unless you have any Slovakian managers in your Draft League, this January Transfer is one you can wait on before signing.

Update:  Gained double digit returns in all three starts for The Canaries.  Looks like a ghost points machine!  Sign him up, Chaps!

Prospects:  Norwich have moved quickly to make another signing, this time in the form of a permanent deal for German midfielder Lukas Rupp.  The German has made over 200 appearances for several clubs in his homeland, but has never really established himself at any of his clubs.  Rupp will provide competition to Tettey, Trybull, Vrancic, Leitner, Amadou and McLean in central midfield.

Verdict:  We’re not very excited about this one.  Rupp doesn’t have an amazing pedigree, despite playing in the Bundasliga in recent years.  We don’t think he’ll be able to establish himself in the side between now and the end of the season.  Rupp is also unlikely to offer Fantrax managers with much point potential.  Not a transfer that will impact Fantasy EPL!

Update:  Was a surprise starter against Tottenham in Gameweek 24, but scored just 2.5 points in nearly 90 minutes of action.

Prospects:  Legendary Liverpool goalkeeper Pepe Reina has returned to the Premier League after five seasons away.  The 37 year old goalkeeper has joined Aston Villa on loan until the end of the season, after Heaton was ruled out for the remainder of the campaign.  Reina is well respected in the Premier League, and looks to be an astute piece of business from Villa.  Yes, he is 37 years old, but he will provide a great deal of experience, on and off the field, for these young Aston Villa players.

Verdict:  Keep an eye on this one.  Reina is unlikely to score points for clean sheets, but he may well do well for save points.  The Spanish World Cup winner will go straight into the side, and could offer a decent streaming option for certain games.  Not a massively exciting signing for our January Transfer Analysis, but one that could earn managers decent points at certain stages of the run-in.

Update:  Straight into the Villa side after signing.

These Chaps have left the Premier League this January: