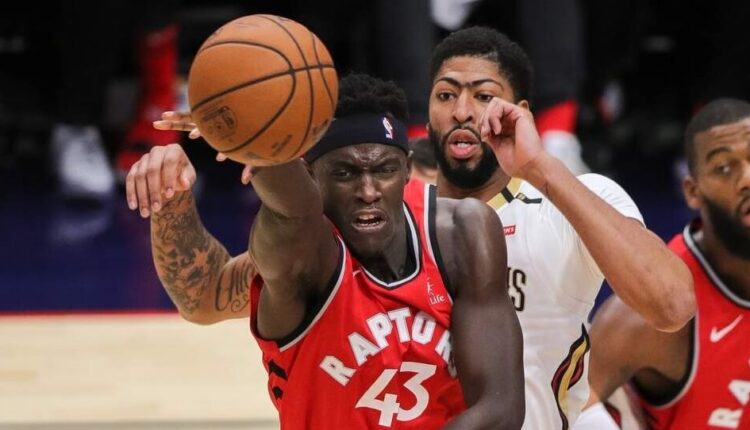 Wednesday’s slate was very annoying simply because we had two DNP’s. That’s something that’s nearly impossible to predict and I always try to let you guys know on Twitter if that’s the case. We still got great performances from LaMarcus Aldridge, Derrick Rose and Karl-Anthony Towns though. It wasn’t my best performance but I feel great about today’s picks. Without further ado, let’s get into our 1/24 NBA DFS plays of the day!

We’re going to kick things off with a couple of cheap point guards and then get into some higher-end options later. Napier is certainly one of those great values, capturing the starting point guard job for the T’Wolves. The thing that’s really made him valuable is the Jeff Teague trade, scoring at least 17 DraftKings points in 17 of his last 18 games while averaging 26.2 fantasy points per game in those 17 fixtures. That’s really all we can hope for from a player in this price range and we love that he faces a Houston club who sits second in pace while owning a 28th OPRK against opposing point guards this season.

It’s truly insane how many players the Nuggets are missing right now. In fact, they could be without Paul Millsap, Jamal Murray, Gary Harris, Mason Plumlee and Michael Porter Jr in this game. That should guarantee Morris into a monster role and it’s just a matter of time before he starts playing better. We’re talking about a guy who averaged 31 DraftKings points per game when starting for Murray last season and has shown flashes of that this year. That’s certainly the guy we’ve seen the last two games, scoring at least 25 fantasy points in both while playing nearly 34 minutes a game. We love this expanded role against a 29th-ranked Pelicans defense as well.

DeRozan has been a mainstay in my articles recently and recent results show us that we’re doing something right. Over his last 15 games played, DD is averaging 25.7 points, 5.9 rebounds, 6.1 assists and 1.4 steals per game. That equates to 43.8 DK points per game in that span which is simply one of the best marks in the NBA. We’re certainly not worried about him facing a team that ranks 23rd in both points allowed and OPRK against opposing SGs either. In their two meetings this season, Derozan is averaging 38 fantasy points per game despite shooting just 40 percent from the field.

The aforementioned injuries in Denver have left this roster extremely thin and they’re going to need Beasley’s scoring with all of them out. While he’s been battling consistency issues all season long, a 42-point gem on January 16 shows the sort of potential this dude has. That’s an absurd total from a guy in this price range and we project him to play at least 25 minutes and take double-digit shots for this dismantled roster. The best part about this play might be the matchup though, with New Orleans allowing the second-most fantasy points to opposing shooting guards while sitting fifth in pace.

Gallinari gets a lot of gripe for his inability to stay on the court but when he does, this guy is a baller. Not only does he have a 23-point floor over his last 14 fixtures, Gallinari is also averaging 32.8 fantasy points per game in that span. That makes this FanDuel price about $1,000 too cheap and we simply can’t overlook this matchup. Atlanta currently sits 28th in total defense while surrendering the fourth-most fantasy points to opposing small forwards.

Warren was a success story in our Wednesday article and we have to keep riding him in this price range. A dud against the Jazz is the one blemish on his record, scoring at least 25 DraftKings points in 13 of his previous 14 games. That looks even better when you see that he’s averaging 35 fantasy points per game in those 13 fixtures while leading the Pacers in scoring. His shot total could increase here too, with Malcolm Brogdon dealing with a concussion and Victor Oladipo still sidelined. All of these factors make him a good play but facing Warriors defense who owns a 26th OPRK against opposing SFs is the icing on the cake.

Siakam has seen a major price drop because of a minutes limit coming off of an injury but 44.3 DK points across 34 minutes on Wednesday would indicate that he’s finally ready for a full workload. Getting back to those 35 minutes is what’s key, with Siakam averaging 43.2 DraftKings points per game across 37 minutes over his first 27 games played. If we can get 43 fantasy points at this price, Siakam would be one of the best per-dollar plays out there. We obviously love the fact that he faces a Knicks team who ranks 25th in defensive efficiency while allowing the third-most fantasy points to opposing PFs.

Aldridge was also in our article on Wednesday and we have to go right back to the well at this price. Why is he priced so affordably? After dropping 59 DraftKings points in that win over the Pelicans, he’s now averaging 37.6 fantasy points per game. That production is already outweighing this price tag and he should have no problem in a matchup against a 23rd-ranked Suns defense. In their two meetings this season, LA has at least 36 fantasy points in both outings.

This is the final piece to our Nuggets stack, as Jokic is easily one of the best plays out there. Anytime there are this many injuries on a roster it increases everyone’s value and we have to love that for the Nuggets best player. With all of these guys off the floor, the big man is posting a 32 percent usage rate while averaging 1.4 DK points per minute. That’s scary considering he could be looking at 40 minutes and 20 shots, simply because there’s not much else on the roster. Having that expanded role is huge for a passive guy like this and we can’t overlook the fact that he faces a New Orleans club who sits 27th in defensive efficiency.

This play is cognizant of the status of Richaun Holmes and Marvin Bagley III but it seems like both guys will be out. That leaves Dedmon as one of the last guys standing (no pun intended) and that’s huge with the double-double potential he’s shown in the past. That was certainly the case on Wednesday, collecting 13 points and 10 rebounds across 31 minutes, despite the blowout nature of that game. If we can get 30 minutes out of someone this cheap with this much potential, Dedmon could be one of the best values out there. Not to mention, he opposes a Chicago club that surrenders the most fantasy points in the league to opposing centers.

Projections vs. ADP: Second Base Values