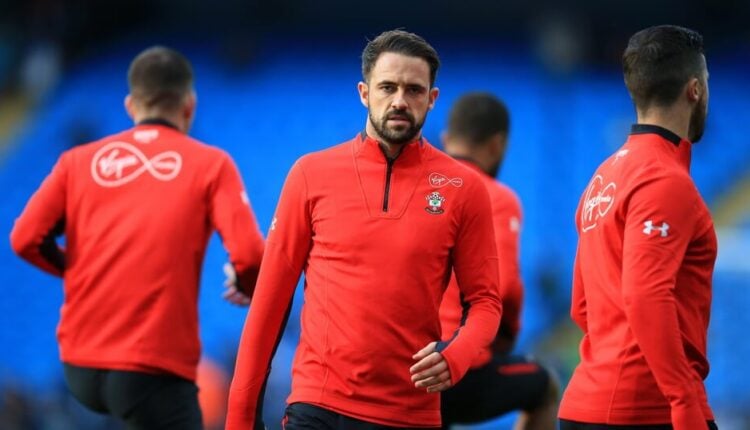 What’s Changed?:  It is very clear that Lampard absolutely loves James and the energy he brings to the Chelsea side.  Yes, defensively James has some flaws but it is his attacking prowess that all Fantrax managers should get excited by.  In only 11 appearances James has registered two assists (not bad for a defender) and averages 8.18 points.  The fixtures aren’t the kindest, but they certainly aren’t the worst.  Our friends at Fantasy Football Geek rank Chelsea’s fixtures as the 8th toughest fixture schedule over the coming five weeks.  So if you are in need of a second or third choice defender then certainly look no further than James who we think will be a mainstay in the first XI from here on.

What’s Changed?:  We’re not the only Fantrax writers talking about Doucoure this week, our colleague Luke Wilkins has pointed out in this week’s Stats Corner article that despite Doucoure’s recent considerable rise in ownership, “some owners may still be looking at that 7.98 FP/G and be tempted to part ways.”  If this is indeed the case in your Draft EPL league, with a rival manager happy to trade Doucoure out, we highly advise you get into negotiations; immediately.  With Doucoure playing in the more advanced role, his attacking returns have rocketed; two goals and two assists have all come in the last three games!  With Watford seemingly having quite the resurgence and Doucoure playing a pivotal role; we’d expect more decent returns with the upcoming fixtures looking rather promising!

What’s Changed?:  Ings is an obvious choice.  Whilst Ings has featured in our ‘more hot players’ list associated with these articles for weeks now, we haven’t pulled him out and spoken about him specifically since the Gameweek 10 edition of Hot and Cold player rankings.  With five goals in the last five games, and now a season tally of 14 goals; Ings ranks joint second highest goal scorer in the Premier League, equal with the more fashionable Rashford and Aubameyang; and sits only three goals behind Vardy.  The feat is all the more remarkable when you think about how poor Southampton was in the early part of the season.

Also just consider for a moment that unlike Rashford and Aubameyang, Ings does not have the likes of: Martial, Ozil, James, Lacazette et al to draw the attention of the defense away from him; instead, that job is shared by Redmond, Djenepo and of course Long!  So all aboard the Danny Ings train (if a rival manager is crazy enough to trade him to you), next stop Wolves; whose last clean sheet came in Gameweek 15!

What’s Changed?:  Despite averaging 10.19 points per game for the season; the form of Draft EPL favorite Chilwell has been absolutely disastrous of late.  We’ve certainly noticed an increase in the use of Chilwell for trades, which despite the poor form is somewhat surprising.  Chilwell’s last double-digit score was only in Gameweek 21, and if it were not for being rested in Gameweek 20 and playing in the two heavy defeats in Gameweeks 18 and 19 to Manchester City and Liverpool; Chilwell would be going well.  However, attacking returns have certainly become somewhat of a rare commodity for Chilwell, his last coming way back in October during the 9-0 humiliation of Southampton!

Recommendation:  We suggest that you hold onto Chilwell.  Leicester has some good fixtures, and Chilwell is integral to the side.  Don’t rely on him for double-digit points haul that you may expect from an attacking full back in a good Leicester side though!

What’s Changed?:  We, along with the vast majority of the FPL Draft community have not exactly been impressed with Fraser this season.  A season average of 6.02 points per game tells you everything you need to know about one of Bournemouth’s most creative players; who last season registered seven goals and 14 assists.  When you compare those attacking returns to that of this year’s tally (one goal and three assists) you can’t help be feel totally dejected about Fraser.

Recommendation:  We wouldn’t be against you holding onto Fraser; you’ve invested so much time in him so far you might as well see if he’ll come up with the goods for the easier fixtures coming up.  But with Bournemouth playing so poorly and looking like serious candidates for relegation; we’d recommend searching for a trade.  We’d use the upcoming fixtures as a potential draw for the rival manager to latch onto.  With Fraser’s trade value at an all-time low, your only chance of getting this trade over the line is the potential of Fraser turning it on in these ‘easier’ fixtures.

What’s Changed?:  Normally Barnes is a ‘go-to’ player in Draft EPL but it hasn’t been happening this season; averaging only six points per game over the season so far.  The last of Barnes‘ six goals came way back in Gameweek 13 and since then playing time has also been diminishing.  The final nail in the coffin for Barnes’ recent poor run is the injury sustained in Gameweek 21; which ruled him out of the Gameweek 22 defeat to Chelsea and looks to also be keeping him out until early February.

Recommendation: We’re not keen on keeping Barnes and suggest dropping him to the free-agent pool.  The likes of Hudson-Odoi (70%) Sarr (61%), Saint-Maximin (47%), Neto (20%) and even @FPLKickaround favorite Tosun (14%) are much better options than Barnes.  Looking at the current ownership statistics for these players we’d be highly advising picking up Sarr as a priority if available!

NBA DFS Plays for Wednesday, 1/15: In Love With LaVine