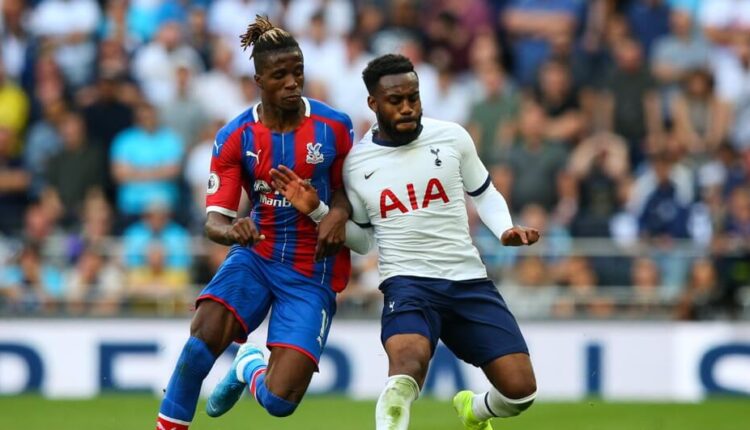 Part 1 of our January Transfer Analysis features those that occurred between 1st January and 13th January.

Part 2 of our January Transfer Analysis features those that occurred between 14th January and 29th January.

We outline each Fantasy EPL New Signing individually, providing our views on how they will perform for the rest of the season, and a star rating is given based on their upcoming prospects!

Verdict:  Sheffield United smashed their transfer record to bring in young midfielder Sander Berge.  The Norwegian international is very highly regarded in world football, and Sheffield United seems to have done very well to bring him in.  Many were wondering where Berge would fit into the side, but he seems to have taken early-season favorite Lundrstram’s place in the side!  Berge scored 8.5 points during a pretty productive 68-minute debut for The Blades.

Verdict:  Josh Brownhill.  Such a Burnley signing.  The little known 24-year-old English midfielder has been signed from Bristol City for around £9 million.  Brownhill has performed consistently well over the last few seasons, but he doesn’t strike us as a player that’s going to set the Premier League alight.  And certainly not Fantasy EPL on Fantrax!!  The central midfielder didn’t even make the matchday squad for Gameweek 25, so we’re expecting him to be slowly integrated into the side.  One to revisit in a couple of months time we think.

Verdict:  Podence has been signed from Olympiakos, and looks to be a great asset to the Wolves squad.  Considering how many games they have played already this season, there is a decent chance that Podence will see a fair amount of Fantast EPL minutes between now and the end of the season.  The Portuguese winger gained five points from only 14 minutes of action during his Gameweek 25 Premier League debut.  Jota has been inconsistent this season, so there is a chance Podence does earn a few starts on the Wolves left wing.

Verdict:  Tottenham left-back Rose has moved to Newcastle on loan after his time at Tottenham took a turn for the worse under Mourinho.  Vertonghen, as well as youngsters Tanganga and Sessegnon, was playing ahead of him, and it looks to be time for Rose to move on permanently.  Obviously Newcastle isn’t the best team in the league, but Rose usually scores well in Togga Scoring.  His issue in recent seasons is a lack of minutes!  Take a punt on Rose if you still can, he could be the steal of the January Transfer Window playing at left wing-back in Bruce’s system.

Verdict:  Cedric has got his second January Transfer Window ‘big move’ in a row, as he has joined Arsenal on loan for the rest of the season.  The Portuguese right-back is coming to the end of his contract at Southampton, so is looking elsewhere for a potential new club.  We’re not sure why Arsenal want him though to be honest, as Hector Bellerin finally looks to have recovered from his ongoing injury problems.  Cedric is currently injured too.  A January Transfer to wait and see on.

Verdict:  Zivkovic has been brought in on loan, as a replacement for the departing Callum Robinson.  The Dutch striker will be looking to resurrect his career with Sheffield United, after finding himself playing in China after moving around a fair bit since leaving Ajax a few years ago.  Zivkovic has a lot of potential, but things haven’t really worked out for him since bursting onto the scene in his homeland.  Wait and see on this one though, Chaps.  Zivkovic needs to earn himself a slot in the side before we can really asses his prospects.

Verdict:  Lamptey looks to be a good little signing for Brighton.  The Chelsea youngster has made appearances for the first team this season but chose to move on prior to his contract expiring.  With Reece James looking certain to be Chelsea’s right back for years to come, it makes sense for Lamptey to move on.  Montoya has been ok this season, but Potter is probably looking for a bit more physicality in his side.  There’s a chance Lamptey could earn a place in the starting eleven before the season ends.  Keep an eye on this one!

Verdict:  Restos is a South African born Greek center back, who Sheffield United have signed on loan from Bayer Leverkusen.  This looks like a signing for Wilder to take a close look at ahead of next season, rather than a player who will see much game time this season.  With the Blades flying high, they can afford to bring in players with a view to next season.  Restos is a talented player but is still fairly raw.  He’s only played 47 league games during his whole career – in the Bundesliga, as well as the Greek Super League.  Unlikely to be a January transfer that impacts Fantasy EPL managers.

Verdict:  No more than a back-up player.  Bennett is unlikely to see any Premier League minutes for The Foxes.

Verdict:  As above.  Baston has been brought in as a back-up player as Wesley is injured.  Samatta will be the starting striker for Aston Villa for the rest of the season; he scored on his debut for The Villains.

Verdict:  Bowen has performed very well for Hull City in the Championship this season, which has convinced West Ham to spend £20 million for his services.  The English born attacking midfielder has scored 51 goals in 117 appearances for Hull in the Championship, which is an extremely good ratio.  It looks as though Bowen has what it takes to perform in the Premier League!!  The one thing to consider here though is that West Ham has an incredible number of attacking midfielders on their books already.  Bowen will have to contend with the likes of Anderson, Lanzini, Antonio, Fornals, Snodgrass, and Yarmolenko if he’s to earn a place in the side.  There’s a good chance he does though, considering the poor form and recent injuries of the aforementioned players.  Certainly worth a punt on bringing Bowen in; he has the highest prospects of the January Transfers covered in this article.

Verdict:  Manchester United’s scramble for a new striker finally ended at midnight on Deadline Day of the January Transfer Window.  After the injury to Rashford, the fact that United missed out on young forward Haaland was even more of an issue.  The Red Devils were linked with the likes of Rondon and Slimani, but eventually struck a loan deal for former Watford man Ighalo.  This signing has caused quite a stir, and some laughter, but we’re ranking Ighalo’s prospects fairly high.  Any Fantrax manager in need of a forward should put a claim in for the Nigerian.  He’s likely to see plenty of minutes and actually performed pretty well at Watford a few years ago.  Ighalo is certainly worth a punt!!