NL-Only First Base Rankings, Tiers, and Projections for 2020 Fantasy Baseball 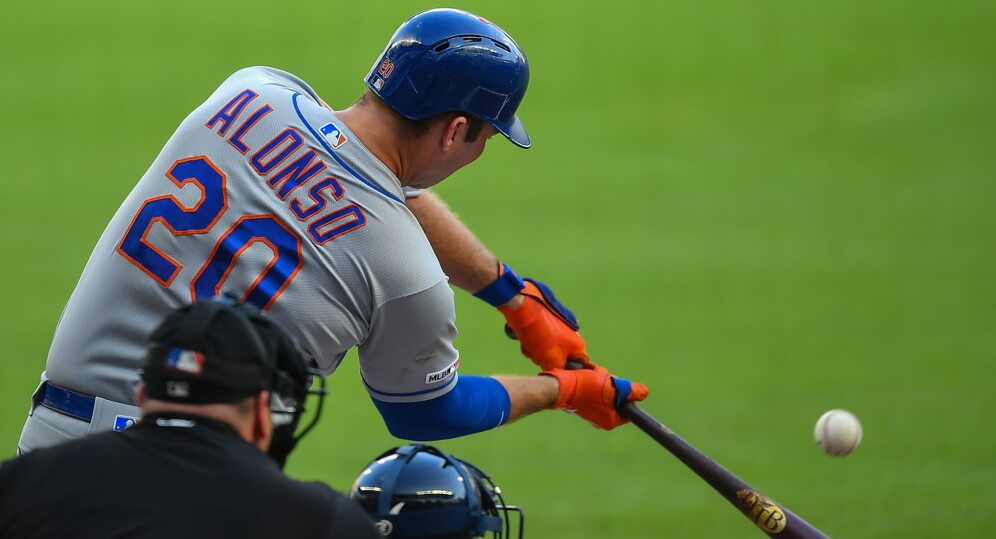 NL-Only owners, be happy you’re not in an AL-Only league. Of the top 10 first basemen in fantasy baseball, eight of them reside in the senior circuit. While there’s still no guarantee you leave draft day with an elite bat, the NL-Only First Base Rankings are undoubtedly much deeper than the AL counterpart.

You can see more about the methodology I use for all my rankings in my NL-Only Catcher Rankings post. Needless to say, these rankings, and all of my rankings, are a continual work in progress. You might even see a case where the projections and rankings seem to conflict. That likely means my projections and initial perception don’t jibe, and I’ll be digging back into those players.

The second column of the rankings below shows the tier I placed each player in. I feel pretty solid on the first five tiers. Honestly though, Pete Alonso could be in a tier of his own. He’s obviously displayed the upside to be ranked above Anthony Rizzo and Paul Goldschmidt, but I’m not quite ready to trust him enough to stick him up there with Cody Bellinger and Freddie Freeman. Go ahead and make a Tier 1.5 if it makes you feel better.

Once you get down to Tier 6, it’s all about playing time. For example, I currently have Brandon Belt ranked above Eric Thames. For reasons only known to my inner demons, I still have hopes of a mini-breakout for Belt. It’s also unclear exactly how the Nationals will divvy up their first base at-bats between Thames, Howie Kendrick, and Ryan Zimmerman. Feel free to bump Thames up in your rankings if it suits your fancy.

It gets pretty dicey down near in tiers seven and eight. There’s some power there, but not many at-bats available to use it… and for goodness sake, Matt Adams, find a job in the AL so you can DH and pop 30-plus homers.

I’ve used traditional positional eligibility of 20 games played in 2019 for these NL-Only First Base Rankings. If a player did not play 20 games at any single position they are eligible at the position they appeared at the most.

Also, as of this writing, Joc Pederson is still an LA Dodger. When/if his trade to the Angels goes through, I’ll cut him from these rankings and likely tack the powerhouse known as Jose Osuna onto the end.