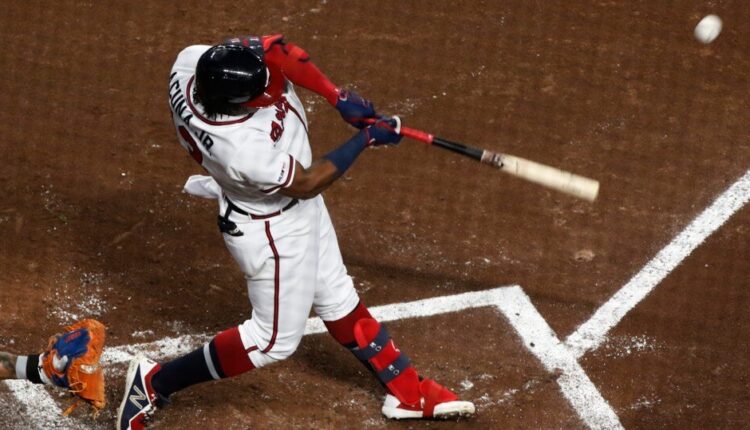 Welcome to the all-you-can-eat section of our 2020 fantasy baseball rankings. Our outfield rankings are a virtual feast of fantasy goodness, with everything you need to build the core of a winning fantasy baseball squad. Speed, power, batting average; it’s all there, with upside plays at most every point in your draft…

Now back to reality. While there’s certainly plenty of production in the outfield, is it really as deep as we’d like to think? Can you afford to wait on outfield and grab more scarce positions in the early portions of your draft? Our 2020 outfield rankings are further down the page and you can decide for yourself, but first let’s hear what our panel of analysts has to say about the position.

Simple math tells us that the outfield position is the deepest among hitters. We start more of them than any other offensive position, obviously. While there will always be someone there to grab, we have to weigh where the tiers drop off and draft wisely.

The top dozen or so will be gone within the first few rounds of your draft. Depending on your draft slot, you might not even get the chance to draft the top six or seven. The true studs dry up quickly. Once you’re outside of the top 20, there are already a lot of question marks. There is a nice power/speed tier after the true studs, but after that cluster, you’re looking mostly at either pure power options or rabbits. Power is plentiful as you dip down into the deep league options, a large tier that you can wait on.

The outfield position is as deep and loaded as it’s ever been, which makes it fairly easy to attack this position in drafts. Personally, I like to target a couple of studs in the first five rounds or so, then fill the rest of my outfield sporadically with young upside picks and underappreciated veterans like Adam Eaton and Brett Gardner later on.

Two rookies I’ve been targeting heavily so far are Jo Adell and Luis Robert. Both possess massive upside and make for great upside picks after pick 100.

Could this be the year we have a new number one atop the outfield rankings? Assuming we’re playing in a standard 5×5 roto league, I’ve got Ronald Acuna Jr. taking the top spot from reigning fantasy king Mike Trout. The reasoning here is simple, Acuna stole nearly 40 bases last season while hitting over 40 home runs. That kind of production is going to put you ahead of the curve, giving you an advantage in five categories. Mike Trout and Christian Yelich round out the top three overall players in most drafts, with Mookie Betts, Cody Bellinger, and Juan Soto not too far behind.

One of the biggest risers at the position was Ketel Marte, who finds himself in my top 10. Other young outfielders like Austin Meadows, Eloy Jimenez, and Yordan Alvarez made a big splash in their first full seasons. Could Jo Adell, Kyle Tucker, and Luis Robert be the next young stars to join them? And what about impact players still available in free agency? Avisail Garcia is now a Brewer, which to me raises his value in a more hitter-friendly park. Marcel Ozuna and Nicholas Castellanos are a couple other who could see their rankings rise in favorable landing spots. One thing is for sure, it is going to be fun seeing how it all plays out.

This position as a whole offers quality options up and down the ranks. I actually had a hard time cutting off the ranks at 80 players. In shallower formats, outfield is definitely a position you can wait on. The outfield position is also where you can target specific skills or stats you’re seeking late in drafts. If you need power, you have Hunter Renfroe among others available really late. With the way speed goes off the board, you can find Josh Rojas or Victor Reyes for speed late in drafts; both of whom offer 20-plus stolen base upside. Ultimately, it’s simple. Outfield is deep and littered with talent.