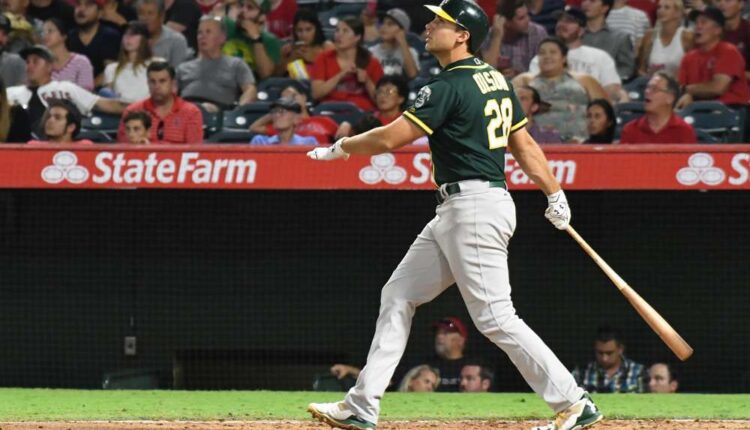 Ah, first base, home of some of the biggest bats in baseball… Oh, who are we kidding?! That’s just sentimental reminiscing of days gone by. The first base position, especially in the American League is as thin as I’ve ever seen it, and there’s really nothing I’d call an elite bat in the group. You can still find some power in my AL-Only first base rankings, but the question marks greatly outnumber the sure things.

Not only does the position lack elite bats but there are multiple teams who have not even decided on a starter. Some teams are using first base a place to platoon limited hitters with extreme platoon splits.

Sorry for all the doom and gloom. I just thought the pain would go away once we got past the catcher position. Read on to see my 2020 AL-Only First Base Rankings and we’ll try and figure out how to handle this position in upcoming drafts.

In the rankings further down the page I’ve got the players broken down into tiers. I have to be honest. They’re not as cut and dried as I’d like and every time I look at the tiers and projections I want (and need) to change something. It looks like DJ LeMahieu will be leading off for the Yankees. Are those 82 RBI too much? Do I need to bump up the stats of C.J. Cron? (I probably do). It looks like he will probably get a chance to post a career-high number of at-bats this season. Yeah, I guess you could say these rankings are a constant work in progress. But shouldn’t they always be?

While I like Matt Olson and Jose Abreu plenty, I’m not sure they’re worth the price they may cost in AL-Only leagues. Instead, I think I’ll target a bat like LeMahieu or Yuli Gurriel, who will give me a bit of power but won’t hurt my batting average. Maybe Yandy Diax gets enough at-bats to approach those two. Everybody’s talking about the lack of stolen bases in fantasy baseball, and there’s no denying that. But it also seems like people are a lot more accepting of low-average power hitters. Maybe grabbing a potential .300 hitter at first base is a way to combat that and exploit the batting average standings a bit.

I’ve used traditional positional eligibility of 20 games played in 2019 for these NL-Only First Base Rankings. If a player did not play 20 games at any single position they are eligible at the position they appeared at the most.

Got a beef with Doug’s AL-Only First Base rankings? Let him hear about it in the comments below.