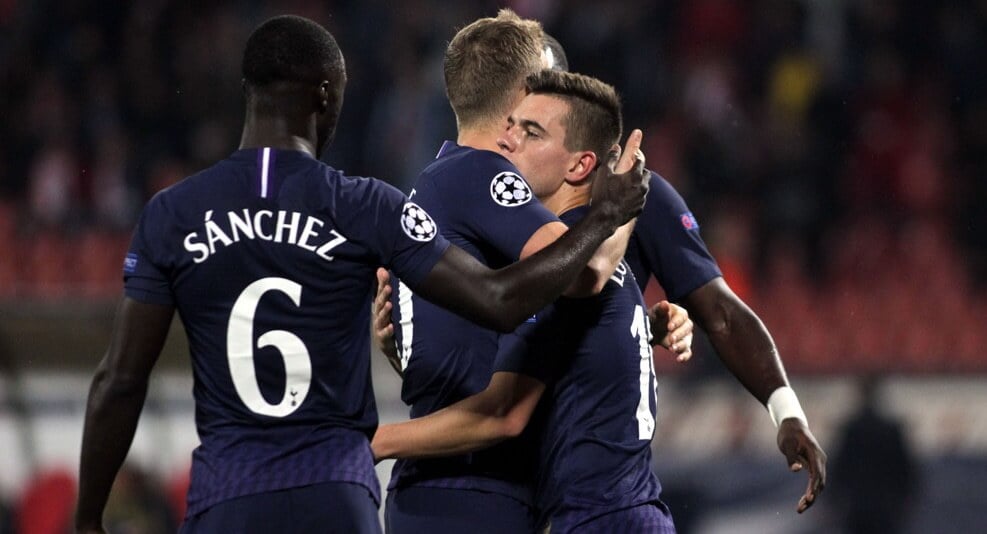 Our Gameweek 32 Chaps Choices article provides Fantrax managers with a Fantasy EPL Sleepers XI.  Our starting eleven of Draft Premier League differential picks will help you find a golden ticket to a big score this weekend!  These hints and tips will give you a better chance of picking up an all-important victory, as one of our Fantasy EPL sleeper picks could easily make the difference in a Head-to-Head game!

Prospects:  Martinez looks set to be Arsenal’s number one goalkeeper for the rest of the season, after Leno suffered a serious injury against Brighton on 20th June.  The reserve goalkeeper has surprisingly been at Arsenal for nearly a decade, and is 27 years old!  Despite Martinez’s lack of top flight experience, and Arsenal’s defensive inadequacies, he actually managed to keep a clean sheet in Gameweek 31 as The Gunners beat Southampton 2-0.  Up next for Arsenal is a home game against struggling Norwich.  Martinez therefore looks to be a great goalkeeper streaming option for Gameweek 32, and makes his debut in our Sleepers XI!  Norwich are yet to score a goal since the season restarted.

Prospects:  We’re backing Cahill in our Gameweek 32 Sleepers article, despite posting a negative score last time around.  Crystal Palace were simply overwhelmed by Liverpool as they desperately missed forwards Benteke and Zaha, as well as goalkeeper Guaita.  It remains to be seen if these three influential players will return for The Eagles’ upcoming fixture against Burnley, but hopefully Cahill and Co. will be able to restore some defensive stability.  Burnley are missing forwards Wood and Barnes and we think that Palace will produce a clean sheet in Gameweek 32.  Cahill is also likely to score well for aerial points against a Burnley side who often look for long balls to their forwards.

Prospects:  Arsenal are a bit of a shambles at the moment, but when they have a defender who scores big points every game pretty much no matter what they do you’ve got to back that player!  If you’re unaware of Mustafi’s prowess in Togga Scoring Fantrax Leagues, now is the time to take note.  We backed the German for Gameweek 31, and we’re doing it again for our Gameweek 32 Sleepers!  The Gunners face a dire Norwich side at home, and therefore a double digit haul for Mustafi looks to be on the cards.  Both of these sides will play in an FA Cup Quarter Final prior to their Gameweek 32 match, but we’re confident that Mustafi will start once again against Norwich.

Prospects:  We successfully backed Charlie Taylor last time, so this time we’re backing his fellow Burnley full back Matt Lowton.  The English right back has been sharing his game time with Phil Bardsley for much of the season, but after a solid display and a clean sheet against Watford in Gameweek 31, we’re expecting Lowton to keep his place in the side.  The way that Burnley play actually benefits Lowton’s attacking potential.  Dyche’s men tend to use McNeil for width down the left, but use Lowton for width down the right.  If this Burnley chap is a free agent in your Fantrax League, he looks to be a strong acquisition ahead of Gameweek 32.

Prospects:  Aston Villa youngster Keinan Davis failed to start in Gameweek 31, but he did start both of The Villains matches in Gameweek 30.  We’re backing Davis to be fielded from the off when Aston Villa face Wolves in Gameweek 32, and therefore he looks to be a solid addition to our Sleepers XI.  Davis gained scores of 6.5 in each of his Gameweek 30 matches, and only played 69 and 57 minutes respectively in those games.  If the young forward, who is classified as a midfielder on Fantrax, starts playing the full 90 minutes every game he’ll be a good addition to most rosters!

Prospects:  We’re backing Will Hughes for the second Sleepers XI in a row, after a couple of good displays since the Premier League restart.  Hughes now looks to have fully established himself in Pearson’s starting eleven, and takes his fair share of set pieces at the moment.  If you’re looking for a fairly consistent midfielder to add to your roster and plug into your side when needed, Hughes is your man.  Watford face Southampton at home in Gameweek 32, and will be desperate to pick up their first win since the resumption of the league.

Prospects:  Lo Celso has really struggled at Tottenham this season, as he’s been hampered by injuries whilst trying to settle into life at a new club in a new country.  The Argentinean midfielder had his best game in a Tottenham shirt in Gameweek 31, and is a great addition to our Gameweek 32 Sleepers!  Lo Celso will surely start against Sheffield United, after such a creative display last time around.  The Tottenham man completed three key passes and three successful dribbles, as well as being unlucky to have an assist taken away from him.  If Lo Celso has been dumped by a fellow manager in your Fantrax league, now is the time to pounce!

Prospects:  Declan Rice is a must-own player during the hectic Premier League restart schedule.  The West Ham midfielder will play 90 minutes in every game between now and then end of the season.  Rice will also gain you a solid points floor of around seven points, and has potential to gain a double figure haul.  The English midfielder did just that in the 2-0 defeat to Tottenham in Gameweek 31 – Rice posted a great score of 13.5 points.  Despite West Ham’s poor form and possible relegation, Rice is well worth an addition to our Gameweek 32 Sleepers XI.  Pick him up if you can!

Prospects:  Wow.  Who in the world predicted an 18.5 point haul for Iwobi in Gameweek 31?!  The Nigerian international winger has left a lot to be desired since his summer move to Everton.  But after a decent energetic display against Liverpool in Gameweek 30, Iwobi really turned up during the victory over Norwich.  The Everton man was fairly average during the first half of the game, but he came out in the second half on absolute fire!!  Iwobi ended the game with 18.5 points despite zero attacking returns.  Three key passes, three accurate crosses, and five successful dribbles were the pick of his ghost point statistics!  Next up The Toffees face Leicester City at home, and we’re hoping for another good performance from Iwobi.  He’s a great addition to our Gameweek 32 Sleepers XI.  Could this finally be his time to produce the goods?!

Prospects:  We’re big fans of Bowen here at Fantrax HQ.  The English winger has performed incredibly well during his short time with West Ham, as he’s quickly turned into one of their best players.  Bowen is now a regular feature in Moyes’ starting lineup, and deserves to be owned in every single Fantrax league.  We’re not sure why his ownership is still below our 60% threshold, but we’ll take full advantage of that and include him in our Gameweek 32 Sleepers XI.  Bowen has scored 20.5 points over the course of his two games since the restart, despite West Ham losing both games 2-0.  Don’t be put off by The Hammers’ poor form, Bowen is an essential Fantrax asset for the rest of the season!

Prospects:  Joelinton makes the cut for our Gameweek 32 Sleepers XI, and this is potentially the first time we’ve ever featured him in a positive light.  The £40 million summer signing (yes, you did read that correctly!) has been fairly average during his debut season with Newcastle.  The Brazilian did score during the Gameweek 30 victory over Sheffield United, and looks set to start every game during the restart.  With Bournemouth up next for Newcastle, we’re taking a gamble on Joelinton finding his shooting boots once again.  With forward options likely to be poor in most Fantrax Leagues, Joelinton may be the best option out there.  And right now he isn’t that bad of an option!