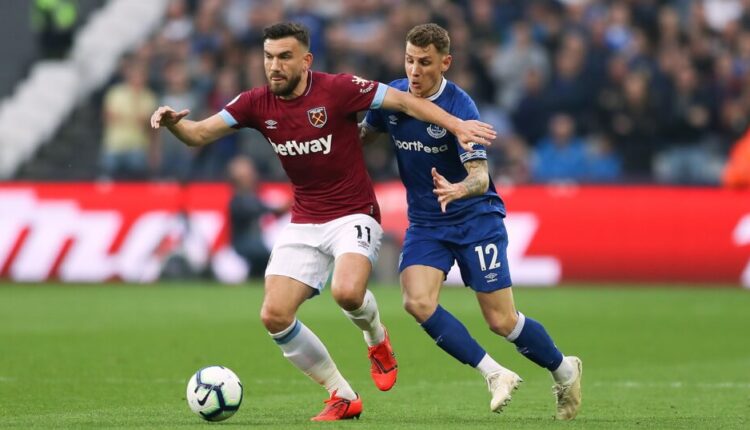 Our Gameweek 24 Chaps Choices article provides Fantrax managers with a Fantasy EPL Sleepers XI.  Our starting eleven of Premier League differential picks will help you find a golden ticket to a big score this weekend!  These hints and tips will give you a better chance of picking up an all-important victory, as one of our Fantasy EPL sleeper picks could easily make the difference in a Head-to-Head game!

Prospects:  Foster is the second-highest scoring goalkeeper over the last 30 days, and he’s gained double-figure hauls in each of his last two games.  The veteran Englishman is on great form and has really performed well since Pearson took over as manager.  If you’re looking for a new goalkeeper or a weekly streaming option, Foster ticks the boxes for both.  Watford faces Aston Villa in Gameweek 24, and we’re expecting another decent score from Foster, as another clean sheet could be on the cards!

Prospects:  Targett’s ownership is once again below our 60% threshold, and therefore we’re backing him in our Gameweek 24 Sleepers XI!  The young left-back returned to the Aston Villa side for their last game and gained a respectable 8.75 points after conceding one goal.  Targett has a great left foot and is always a danger from wide positions.  Aston Villa faces Watford at home this Gameweek, and we’re expecting a double-digit performance.  If Targett is free in your Draft League, we highly recommend signing him.

Alternative Choice:  Tottenham youngster Tanganga (25% ownership) is worth a shot at home to Norwich.  The defender has been in the spotlight in recent games, and Spurs gained a clean sheet in Gameweek 23 with him in the side.

Prospects:  Holgate has been firmly established in the Everton side since late October, and has been scoring very well on Fantrax in recent weeks.  The young center back has been promoted to our Hot List, and we’re shocked that his ownership is still a lowly 16%!  Everton faces Newcastle as home in Gameweek 24, and we’re expecting another good score from Holgate.  The Englishman has been a constant in this Everton side under Ancelotti and is fast becoming the center back of choice.  Bring him in if you still can.

Prospects:  Two consecutive clean sheets, and two double-digit scores, for the largely unknown Watford defender Masina.  We would highly recommend taking a look at the Italian left-back, as he continues to play in the absence of the more established Holebas.  Masina scores pretty well in Togga scoring, and he’s a great sleeper pick ahead of Gameweek 24.  Watford face struggling Aston Villa, and we’re expecting them to get another positive result.  The Hornets defense may not be very fashionable, but if you want to win your Draft League, players like Masina are here to help make it a reality!

Alternative Choice:  If you don’t fancy Masina, then perhaps Cedric (17% ownership) takes your fancy.  The Southampton right back has been on great form recently, earning him a place in our Hot or Cold Player Rankings.

Prospects:  Brighton left back Bernardo has been deputizing for the injured Burn to great effect in recent weeks.  The Brazilian is a defender who isn’t reliant on clean sheets in order to gain a good score.  He’s, therefore, an ideal Togga scoring player to ow!  Bernardo is up against one of the worst attacks in the Premier League in Gameweek 24, and therefore he’s a good sleeper pick.  The Brighton man is likely to be a free agent in most fantasy EPL draft leagues, and he was also tipped in our Waiver Wire Targets article earlier this week.  Go pick him up!

Opponent:  Leicester (Away) and Liverpool (Home)

Prospects:  Ahead of West Ham’s Double Gameweek 24, we’re backing a player who can’t really be classed as a sleeper at this stage.  Snodgrass seems to perform well every time he starts for The Hammers, and therefore we’re gambling on him having a good Gameweek 24.  The Scotsman has attacking returns in each of his last three starts and usually scores well for ghost points anyway.  Ignore the fact that West Ham faces Leicester and Liverpool during this fixture period, if Snodgrass gets over 120 minutes under his belt, he’ll get you a double-digit return!

Alternative Choice: Aaron Mooy (35% ownership) is a good alternative here, as Brighton face a trip to struggling Bournemouth.  Mooy was quite during his return to the side in Gameweek 23, but he has a great chance of attacking returns in Gameweek 24.

Prospects:  Newcastle and England midfielder Shelvey returned to the starting lineup in Gameweek 23 and gained a double-digit return.  Shelvey was on great form during December before suffering an untimely injury.  It looks as though the Newcastle man is straight back into Fantrax scoring form, so snap him up if he’s been dropped by a fellow manager!  The Magpies face Everton away in Gameweek 24, but Shelvey usually scores well no matter who his opponent is.

Alternative Choice:  New Norwich City signing Duda (11% ownership) started for The Canaries in Gameweek 23, and duly gained an assist during an impressive performance.  Norwich faces a trip to Tottenham in Gameweek 24, but he looks like a great Fantasy EPL asset going forward.  Read our full thoughts on Duda in Part 1 of our January Transfer Analysis.

Prospects:  New Watford signing Ignacio Pussetto is worth a punt for Gameweek 24, with Sarr ruled out for a couple of weeks!  The January signing has been brought to the club with a view to playing straight away, so we expect him to start against Aston Villa in Gameweek 24.  Pussetto came off the bench against Tottenham at the weekend, and cleared the ball off the line with his first touch!  We don’t know a great deal about him, but anyone starting for Watford in their attacking positions is worth a punt!

Alternative Choice:   Stuart Armstrong (14% ownership) was disappointing in Gameweek 23, but he still has decent prospects.  Sign him up ahead of the Crystal Palace game if you can.

Prospects:  We’ve backed Fred quite a lot in recent weeks, and he’s featured in our Hot List for quite a while.  The Manchester United midfielder is a great asset for any Fantasy EPL roster.  The Brazilian scores very well for ghost points, and usually brings home a respectable score.  Fred gained an incredible 16.5 points during the 2-0 defeat to Liverpool in Gameweek 23!!  If he’s a free agent in your league, then go ahead and sign him.  Fred is also worth some inquiries for a trade too!

Prospects:  The man.  The legend.  Cenk Tosun!  We’ve written about him at length in Part 1 of our January Transfer Analysis, as well as all over Twitter for much of last week.  Chap 2 has also been talking about him on The Kickaround Podcast for most of the season (much to the disgust of Joe Williams and FF Genie!).  But after his goal-scoring performance, and 20.5 points haul, in Gameweek 23, there’s no denying that Tosun is a genuine Fantasy EPL asset right now.  The big Turkish forward features in our Hot or Cold Player Rankings article this week, and has a great fixture schedule coming up!  Crystal Palace faces Southampton next.  Sign Tosun ahead of Gameweek 24 if you can, he’s a great sleeper pick!

Prospects:  We backed Southampton forward Long last week, and he duly returned us a goal and double-digit score.  We’re going in for more, and backing him for Gameweek 24 too!  The Saints face a trip to Crystal Palace and are on great form despite being overturned by Wolves last time around.  With Premier League defenses focusing much of their attention on Ings, Long will have plenty of chances to nick a few goals over the coming weeks. If the Irishman is a free agent in your Draft League, he’s a great pick up!

Alternative Choice:  A great alternative here, if you can get your hands on him, is Saint-Maximin (52% ownership).  We backed him in our Gameweek 23 Sleepers XI, and he looks a good prospect for Gameweek 24 too.  Sign him up if you can!

WhiffedOn: The Best Undrafted 11… and Why!