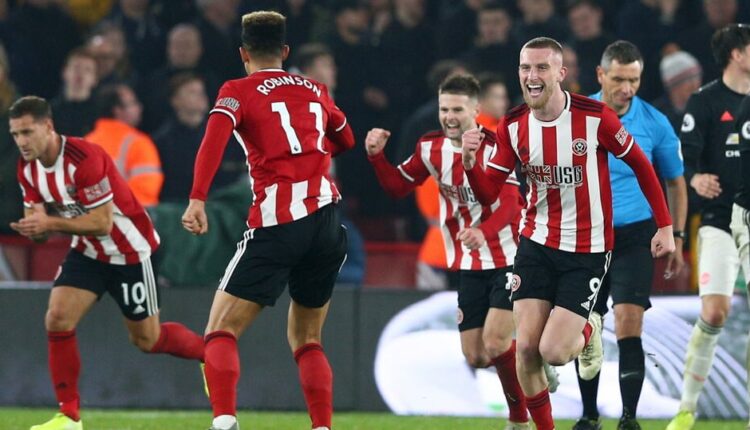 Our Gameweek 30 Chaps Choices article provides Fantrax managers with a Fantasy EPL Sleepers XI.  Our starting eleven of Draft Premier League differential picks will help you find a golden ticket to a big score this weekend!  These hints and tips will give you a better chance of picking up an all-important victory, as one of our Fantasy EPL sleeper picks could easily make the difference in a Head-to-Head game!

Its been over three months since a Premier League ball was kicked, and we’re back with Take II of our Gameweek 30 Sleepers XI.  Follow this link to view the team we selected for this Gameweek back in March!

Prospects:  First up we’re taking a punt on an old favorite who has been struggling with injuries this season.  Fabianski has missed a large portion of the Premier League season so far, but we’re hoping the break has allowed him to fully rest and recover.  On his day the Polish goalkeeper is one of the best around in Draft Premier League, and he should make a fair few saves as West Ham host Wolves in Gameweek 30.

Prospects:  Due to the serious injury suffered by Ricardo Pereira, youngster James Justin looks set to finish the season as first-choice right-back.  Justin started at left-back during the Gameweek 29 4-0 drubbing of Aston Villa and scored a huge 15 points.  The Leicester man is certainly worth picking up from the free agency ahead of Gameweek 30 as he’s a great sleeper pick.  However, don’t get your hopes up for double-digit scores every week.  Justin has only started one other game this season; scoring a lowly 1.5 points away to West Ham in Gameweek 20.  Justin will be a solid pick for the rest of the season, but he won’t come close to the scoring of Ricardo Pereira!!

Prospects:  We picked Fernandez is our original Gameweek 30 Sleepers XI, and we’re sticking by that choice.  Newcastle are actually pretty good in defense, and Fernandez is the best of the bunch for Fantrax options!  This weekend Newcastle face Sheffield United at home, and we’re expecting a hard-fought encounter with little or no goals.  The Magpies kept two clean sheets in a row prior to the Premier League hiatus, and Sheffield United rarely score more than once per game.  Added to the fact that this game is likely to be low scoring, Fernandez is also likely to be playing against Oliver McBurnie.  Therefore, aerials duels should be on the cards!  Recent defensive stability + opposition unlikely to score more than one + aerial duels likely = double-digit score incoming!

Prospects:  We originally had Gary Cahill in this slot, but his ownership has now increased to over 60% after some really impressive displays before the hiatus.  Therefore, we’re backing teammate Joel Ward as Crystal Palace face a trip to Bournemouth.  Ward is a fairly steady scoring defender on Fantrax and usually gets forward well from his right-back position.  Prior to the Premier League suspension, Crystal Palace had won three games in a row without conceding a goal!  Therefore, backing The Eagles, and Joel Ward, looks like a safe bet for our Gameweek 30 Sleepers XI!

Prospects:  We’re pretty big fans of Stuart Armstrong here at FF Chaps HQ, and even ranked him as high as 63rd overall in our ROS rankings!  The Southampton midfielder has been in and out of the team this season, but he was instrumental to their good run of form back in December and January.  The Scottish international’s points per game statistics are not the best, but he performed very well in his seven games since January 1st.  Armstrong averaged 11.82 points per game during this period, and scored 18.5 or more on three occasions!  The midfielder will be over his recent injury troubles now, and should perform well between now and the end of the season.  Armstrong is a really solid addition to our Gameweek 30 Sleepers XI.

Prospects:  Solly March started this season in great form and was proving to be a good squad player for any Fantrax manager.  The Englishman unfortunately suffered an injury in September and was never really the same.  However, March did start three of Brighton’s last four games before the league suspension and performed pretty well.  We’re hoping that the Premier League hiatus has enabled the midfielder to fully rest and recover from his niggling injuries.  We picked up March during the recent Community League Super League re-draft, and we’re pretty high on his prospects as a MID4 or MID5 for the rest of the season.  Brighton play inconsistent Arsenal at home this weekend.

Prospects:  The January Transfer Window signing was starting to put in some really solid displays for West Ham before getting injured during his third appearance for the club.  Soucek actually made a really quick recovery, and appeared for The Hammers as a late substitute during Gameweek 29.  We’re backing the Czech Republic international to slot back into the West Ham midfield for Gameweek 30, making him a great sleeper pick.  If Soucek is available in your Fantrax league, we would highly recommend picking him up.

Opponent:  Manchester City (Away) / Brighton (Away)

Prospects:  The first of our Gameweek 30 Sleepers XI picks that has two games!  With the Manchester City v Arsenal game being arranged for the start of this Gameweek, it means that Gabriel Martinelli has a chance of featuring twice.  The Gunners also face Brighton during this upcoming period.  Martinelli had been performing well prior to the Premier League suspension, and we’re hoping that he stays in the side under Arteta.  The Brazilian looks like a terrific young prospect and should see a good amount of game time during Arsenal’s final 10 games.

Prospects:  Our second player with two games during Gameweek 30 is Aston Villa striker Mbwana Samatta.  Don’t fret if you’ve forgotten who he is; Samatta was a January addition to replace the injured Wesley.  The Tanzanian international was performing fairly well for The Villains prior to the Premier League suspension, and he’s their only forward with any pedigree.  Therefore, we’re pretty certain he’ll start both Gameweek 30 games as Aston Villa host Sheffield United and Chelsea.  If Samatta starts both, he’ll surely be in for a double-digit haul.  We would have no complaints about that for a Gameweek 30 sleeper pick!

Prospects:  Shane Long was selected in our Reserve XI during our original Gameweek 30 Sleepers XI, but we’re promoting him to the starting eleven for this updated edition!  The Irishman has been putting in some really decent performances this season and has become a surprisingly integral part of Hasenhüttl’s team.  If Long gains a start against Norwich this Friday night, we would 100% start him in your Fantrax team.  The Southampton man is a solid scorer, and in a weekend that will be full of surprises, we would recommend taking some early points and back Long!

Opponent:  Aston Villa (Away) / Newcastle (Away)

Prospects:  Earlier in this article we highlighted Fernandez’s points potential due to the aerial duels with Oliver McBurnie… and therefore the Sheffield United forward has to make our Sleepers XI for Gameweek 30 too!  Prior to the Premier League suspension, the Scotsman had been on pretty decent scoring form.  McBurnie had nailed down his spot in the side, and was producing good ghost point scores most weeks!  This weekend we expect McBurnie to score well against a physical Newcastle backline.  If he’s a free agent in your Fantrax league and you’re after a FWD3 or FWD4 for your squad, you could do a lot worse than McBurnie.

Is Amari Cooper a WR1 in Dynasty Football?