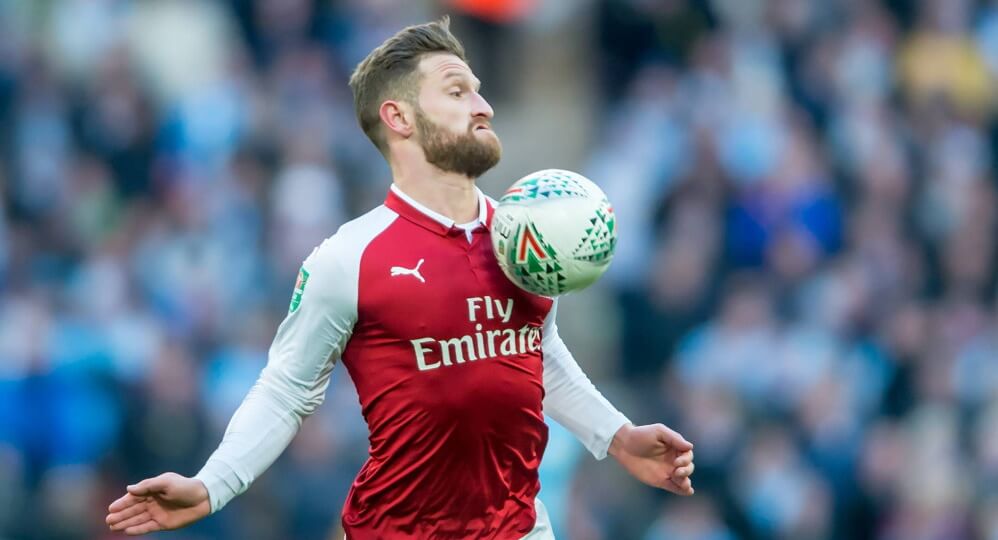 Our Gameweek 31 Chaps Choices article provides Fantrax managers with a Fantasy EPL Sleepers XI.  Our starting eleven of Draft Premier League differential picks will help you find a golden ticket to a big score this weekend!  These hints and tips will give you a better chance of picking up an all-important victory, as one of our Fantasy EPL sleeper picks could easily make the difference in a Head-to-Head game!

We’ll be focusing on players that will bring us not only attacking returns or clean sheets, but also those players that score “ghost points” on the sophisticated and statistics based Togga scoring model.

Prospects:  Foster has been a solid goalkeeper in Fantrax this season, and gets the call up for our Gameweek 31 Sleepers as Watford face Burnley.  The Hornets put in a decent defensive display on Saturday against Leicester and we’re expecting another against a Burnley side missing key attacking players.  Dyche’s team will be missing Chris Wood and Ashley Barnes for the next few weeks.  Therefore, Watford looks unlikely to concede many goals and Foster looks to be the best of the low ownership streaming options.

Prospects:  We backed the Leicester youngster in our Gameweek 30 Sleepers XI, and we’re backing him again for Gameweek 31.  Justin started for The Foxes, played really well, and gained an encouraging score of 11.75 without a clean sheet.  With Ricardo Pereira ruled out for the season, Justin will start most of Leicester’s games between now and the end of the season.  If the former Luton defender is a free agent in your Draft League he simply has to be signed!  Leicester faces Brighton in Gameweek 31, and after showing some pretty good defensive cohesion at the weekend, we’re backing them for a clean sheet on Tuesday evening.

Prospects:  We’re not sure how or why, but Mustafi is a really good Fantrax asset.  Really good.  The German defender doesn’t have many fans out there if we’re being honest, but his all-action defensive style works really well in Togga scoring.  Mustafi gained 11.5 points in the 2-1 defeat to Brighton.  Considering he received minus four points due to conceding these two goals, his score is really impressive.  With the defensive injuries Arsenal has suffered, as well as David Luiz being a complete liability, Mustafi is likely to start all of The Gunners’ remaining games.  Therefore, he’s going to score really well and has a chance of being a Top-10 defender for the rest of the season.  Sign Mustafi if he’s a free agent.  Try and trade him in if he’s owned by another manager.

Prospects:  We’re backing a second Watford defensive asset here, with Italian Adam Masina making the Gameweek 31 Sleepers XI.  The Watford left-back performed pretty well at the weekend and gained a clean sheet bonus as he was withdrawn before The Hornets conceded.  We’re expecting Masina to start again in Gameweek 31, and he looks set to perform well against a physical Burnley side.  Masina usually fills out his stat sheet really well and has a good chance of another double-digit return.

Prospects:  Charlie Taylor is yet to play his Gameweek 30 match, but he gets the nod for our Gameweek 31 Sleepers XI anyway!  The Burnley left-back has been in great form this season and has featured in our Hot or Cold Player Rankings and Sleepers XI many times.  Taylor’s ownership is still a lowly 36% despite an average points per game of 8.76.  The Clarets face Watford at home on Thursday night, and no matter what happens against Manchester City on Monday night Dyche’s men will put in a solid performance.  Taylor is a really solid defender on Fantrax, and Burnley has the added bonus of playing on the final day of Gameweek 30.  This means you can keep Taylor in your back pocket and plug him into your starting eleven mid-gameweek if one of your other players doesn’t start!

Prospects:  We backed Armstrong in our Gameweek 30 Sleepers XI, and he rewarded us with a huge score of 27!  The Scottish midfielder has featured in our side a lot this season, especially since he started really hitting form at the start of the year.  Armstrong is a solid MID3 for the rest of the season, and potentially a Top 50 player.  We ranked him at 63rd overall in our Rest of Season Player Rankings prior to the restart, and are serious fans of the Southampton man.  Armstrong should be taken in all Fantrax leagues and is a good trade target in leagues that he’s already taken.  Southampton faces a shaky Arsenal side in Gameweek 31.

Prospects:  Will Hughes is a player that is likely to be free in pretty much all Fantrax leagues.  However, the Watford man had a really good game in central midfield during Gameweek 30 and is now looking like an integral part of this side.  More established players in Doucoure and Capoue were withdrawn during the match against Leicester, but Hughes remained on the field.  During a time where rotation will be high, and minutes will be limited, picking up Hughes to slot into your midfield when required is likely to pay off.  This weekend Watford face Burnley in what will be a physical game.  This will give the Englishman plenty of chances to pick up points for tackles and interceptions!

Prospects:  Boy did Matt Ritchie reward his owners on Sunday afternoon!!  The Newcastle man has always been a good Fantrax asset, but he’s had an injury-plagued season.  Ritchie started against Sheffield United despite being an injury doubt and produced a whopping 29.5 points as The Magpies swept aside The Blades.  Ritchie was key to everything Newcastle did.  The Scottish international provided the assist for the opening goal and followed this up with a sensational strike from outside the area.  If Ritchie is somehow a free agent in your Fantrax league, you have to sign him.  Newcastle face struggling Aston Villa in Gameweek 31.

Prospects:  David Brooks went straight into the starting lineup for the Gameweek 30 match against Crystal Palace, despite not making an appearance so far this season due to injury.  But to be honest Eddie Howe had no choice due to Ryan Fraser refusing to sign a short term contract extension – Fraser won’t be appearing for Bournemouth again.  Brooks played really well during his 60 minutes on the field and even managed to make it into double figures despite no attacking returns.  The Welshman is likely to be Bournemouth’s best player in their fight for survival, and we highly recommend bringing him into your side if you can.  Brooks is seriously talented and we’re including him in our Gameweek 31 Sleepers XI while we still can!

Prospects:  Saka is a really talented youngster, and during Arsenal’s two games of the restart so far, he’s far outshone his more illustrious teammates.  If we had a choice to own Saka or Lacazette right now, we would take Saka.  The English youngster can play anywhere down the left-hand side and was The Gunners’ best outlet during the defeat to Brighton at the weekend.  Arsenal faces a trip to Southampton in Gameweek 31, and we would expect Saka to start once again.  Don’t expect amazing scores from this chap, but he will get minutes under Arteta, and he is pretty exciting to watch!

Prospects:  January transfer window signing Jarrod Bowen has performed really really well since stepping up to the Premier League level.  The former Hull City forward gains really decent Fantrax scores, despite playing in a poor side that creates little.  Bowen gained seven points against Wolves at the weekend, and he didn’t really do much to impact the game.  The story is likely to be the same in Gameweek 31 as West Ham face a trip to Tottenham, but we’re recommending you sign Bowen now whilst he’s still eligible for our sleepers article!  The Englishman has a pretty decent points floor, with potential for big points against smaller teams.