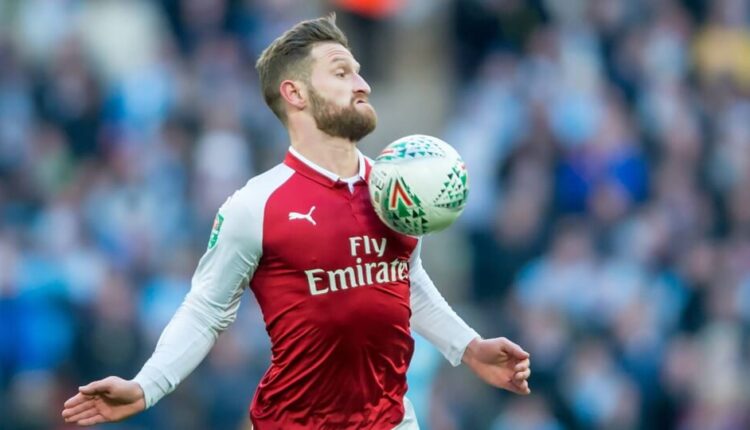 Our Gameweek 27 Chaps Choices article provides Fantrax managers with a Fantasy EPL Sleepers XI.  Our starting eleven of Premier League differential picks will help you find a golden ticket to a big score this weekend!  These hints and tips will give you a better chance of picking up an all-important victory, as one of our Fantasy EPL sleeper picks could easily make the difference in a Head-to-Head game!

Prospects:  Guaita returns to our Sleepers XI for Gameweek 27 after some fairly average recent form.  The Crystal Palace shot-stopper faces a goal-sky Newcastle side this weekend, and we’re confident of a good score.  The Spaniard may not keep a clean sheet, but he should gain a fair amount of saves, and will surely concede one goal at the most!  Guaita is a really decent option for a goalkeeper for this weekend!

Alternative Choice:  A goalkeeper with a good chance of a clean sheet this weekend is Patricio (51% ownership).  The Wolves shot-stopper isn’t the best in Togga scoring, but Norwich does tend to struggle for goals on the road, and therefore Patricio should score well.

Prospects:  We backed Mustafi last week to great effect, as the Arsenal man gained a clean sheet and a monster score of 15.25!!  With two clean sheets in a row, the Gunners are looking fairly good at the back.  We would highly recommend picking up Mustafi if you can; he’s not the easiest on the eye, but he does score very well in Togga scoring!  This weekend Arsenal faces Everton at home, which should be an entertaining game.  Mustafi’s style of play should be well suited to a game that could be fairly end-to-end; the German likes to get stuck in and racks up consistent defensive statistics across the board!

Alternative Choice:  Ben Davies (28% ownership) made a return to the Tottenham starting lineup in Gameweek 26, and posted a double-digit score, despite conceding two goals.  Davies could be a great option if he can establish himself as the first-choice left back.

Prospects:  Bailly was a surprise starter in Gameweek 26, but he played really well, bagged a double-digit return, and helped Manchester United to a 2-0 win away to Chelsea!!  The Red Devils rode their luck a little with the decisions that were made in the game, but it’s fair to say that Bailly will remain in the side for this weekend’s fixture.  Manchester United face Watford at home, and we’re quietly confident of another double-digit score for Bailly.  He’s a great Sleeper pick ahead of Gameweek 27!

Alternative Choices:  Shaw (46% ownership) is a good alternative, as he’s scored well the last couple of games and looks nailed in the side once again.

Prospects:  Charlie Taylor is settling into life as a dependable Togga scoring defender pretty well.  The Burnley left back has been scoring consistently well for the last couple of months, but his ownership remains criminally low.  Perhaps managers are being put off by the fact that he plays for Burnley!  The Clarets have shown some decent form recently and beat high-flying Southampton in Gameweek 26.  This weekend they face struggling Bournemouth, and a good points score for Taylor looks to be on the cards.  We’re really high on the Englishman, and would really recommend taking a look at his ahead of this weekend.

Prospects:  Bertrand is really putting in some good performances at the moment, and doesn’t look to be clean sheet dependent ahead of The Saints’ nice fixture schedule.  The English left-back posted a double-figure score in Gameweek 26, despite conceding two goals to Burnley.  Bertrand is a good Gameweek 27 Sleeper ahead of the game against Aston Villa.  A clean sheet may not be on the cards, but a decent points score for Bertrand is likely.  Sign him up, Chaps.

Prospects:  Is now finally Moussa Djenepo’s time to shine?!  The summer signing has shown glimpses of his potential but has struggled to nail down a spot in this Southampton side.  With recent injuries to Redmond and Boufal, it looks as though he has a clear route into the team, at a time when the fixtures look very promising.  Obviously the Saints lost at home to Burnley in Gameweek 26, but we’re backing them to come back fighting this weekend!  If Djenepo is a free agent in your Draft League, he’s a must-own Sleeper ahead of Gameweek 27.

Alternative Choice:  Djenepo’s teammate Armstrong (15% ownership) is another decent choice.  The Scotsman is not as explosive as Djenepo, but he could easily score well on his day!

Prospects:  Westwood has found some pretty good form recently, as he’s gained double-figure hauls in each of his last two games.  Burnley were surprise winners against Southampton at the weekend, and we’re expecting them to make it two wins in a row as they face Bournemouth this weekend.  If Westwood is a free agent, you should really consider snapping him up as a consistent midfield option.  Burnley are one of only four teams who currently have a guaranteed Gameweek 31 fixture, for those managers who are planning longer-term!  Westwood looks like a tidy player to sign ahead of Gameweek 27!

Alternative Choice:  A low ownership alternative here is teammate Hendrick (3% ownership), who has shown decent form in recent weeks.  He looks nailed on to start in Gameweek 27.

Prospects:  We backed March last week, and he duly started for Brighton and gained a solid eight points.  We’re backing the Englishman once again, as the Seagulls face a trip to high flying Sheffield United.  March usually scores very well in Togga scoring, and therefore he’s a player that should be owned in every league when he’s starting games.  Another start should be on the cards this weekend, and a decent points score should be achievable.

Alternative Choice:  Fellow Brighton midfielder Mooy (39% ownership) is also a good choice if you can still get hold of him.  The Australian is a good player to own and has a nice fixture during the upcoming Blank Gameweek 28.

Prospects:  Bernard is an incredibly frustrating player!  He’s usually very inconsistent with his points scoring.  At the moment he’s pretty consistent with his points scoring… but inconsistent with his game time!  The Everton man didn’t even feature from the bench in Gameweek 25, but started, and scored, in Gameweek 26!!  The Brazilian is a great player to have at your disposal, as long as you know you’ll have to bench him every few weeks!  We’ve ranked Bernard as Hot this week, and he is really worth acquiring if you can.  This weekend Everton face a trip to an improving Arsenal side, but he’s still very much worth a look!

Alternative Choice:  Bernard’s opponent for this Gameweek Ceballos (45% ownership), is also worth a look.  The Spaniard started in Gameweek 26, and played well during Arsenal’s convincing win.  We think he’ll start again this weekend, and is worth adding to your roster if you can.  Lo Celso (55% ownership) is another good choice from one of the ‘big clubs’.  The Argentinean is becoming more and more influential under Mourinho!

Prospects:  Christian Benteke scored a goal in the Premier League!!  Where were you when this monumental goal occurred?!  I for one remember it pretty vividly, sitting on the sofa on a rainy Saturday lunchtime, swearing at my phone because Lucas Digne had lost his clean sheet.  It does seem like months ago, but it was actually only last gameweek!  This weekend the ghost points machine faces struggling Newcastle at home, and we’re expecting another double-digit score.  As long as Benteke is starting, he’s a FWD1 or FWD2.  Tosun will soon be back from injury though!

Alternative Choice:  McBurnie (22% ownership) is another option for a big man forward who has been scoring well for ghost points in recent weeks.  The Sheffield United man faces Brighton at home and scored a huge 16 points in Gameweek 26.

Prospects:  The January Transfer Window signing Samatta has performed pretty well during his first two appearances for Aston Villa.  The Tanzanian forward scored a goal on his debut and followed this up with a decent points haul against Tottenham.  This weekend Villa faces Southampton, and we’re backing Samatta to score well once again.  If he’s still a free agent in your Draft League, Samatta looks to be a great Sleeper option for Gameweek 27! 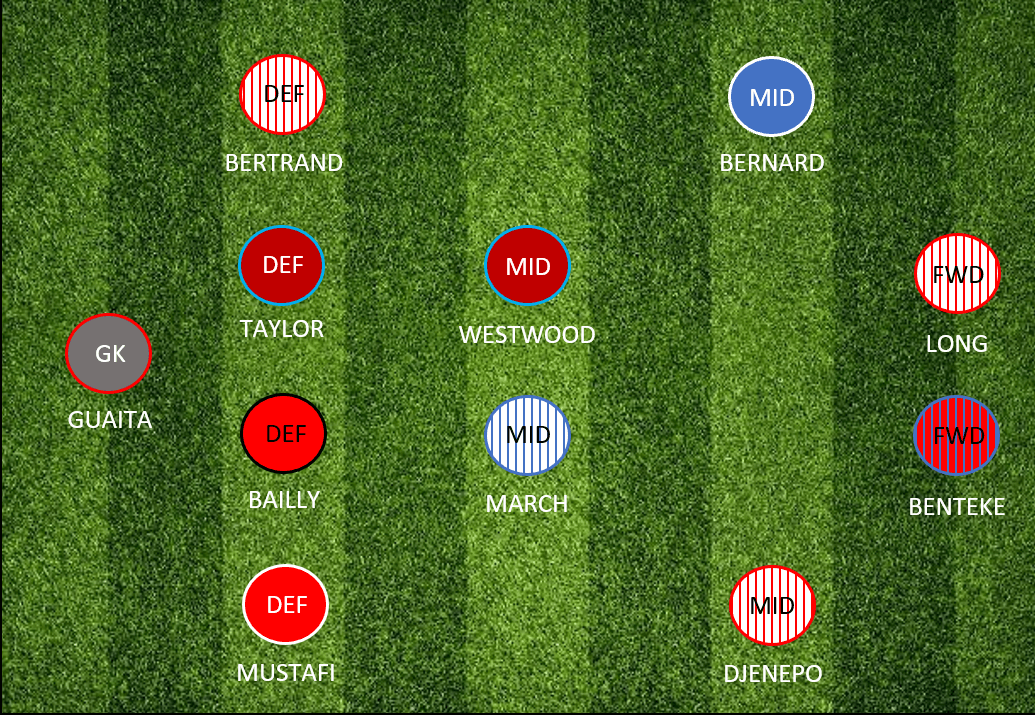