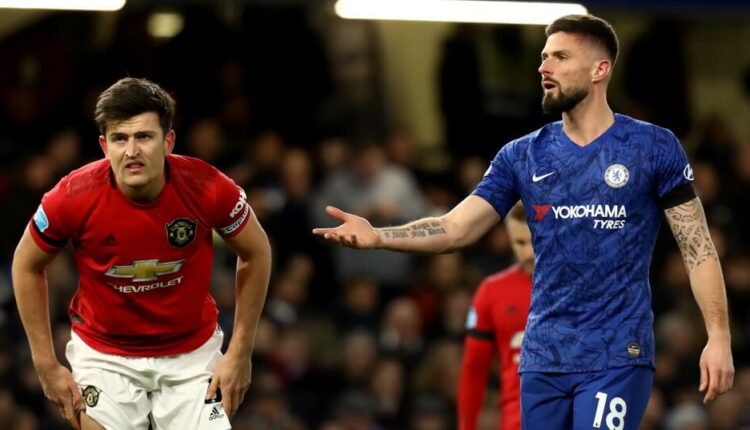 Our Gameweek 28 Chaps Choices article provides Fantrax managers with a Fantasy EPL Sleepers XI.  Our starting eleven of Premier League differential picks will help you find a golden ticket to a big score this weekend!  These hints and tips will give you a better chance of picking up an all-important victory, as one of our Fantasy EPL sleeper picks could easily make the difference in a Head-to-Head game!

Gameweek 28 is a Blank Gameweek for Arsenal, Aston Villa, Manchester City, and Sheffield United.  This is due to the League Cup Final on Sunday 1st March.  Check out our thoughts on which players you should drop or keep from these four side here!!

Prospects:  We backed Guaita last week, and he returned a great score of 12 points, as Crystal Palace kept their first clean sheet since Gameweek 16!  We’re backing the Spaniard once again, as The Eagles face Brighton in the M23 derby.  A clean sheet looks unlikely, but this should be an entertaining but a low-scoring game.  We would expect a 1-1 draw, with Guaita racking up quite a lot of saves.  Guaita is currently ranked 7th overall in our Saves Made Minus Goals Conceded Goalkeeper Rankings!

Prospects:  Another player featuring in the M23 derby is Brighton’s former Togga Scoring legend Shane Duffy.  The Irishman has struggled for game time this season, but after starting the last few games, we’re confident he will remain in the side this weekend.  If you can get your hands on Duffy for Gameweek 28, he’s a great sleeper pick!  He’s gained 13.25 points and 9.5 points in his last two games, and Brighton conceded one goal in each of these games.  Those are some pretty good statistics, and therefore we’re backing Duffy to bring home another good score this weekend.

Prospects:  Sanchez is on red-hot form, with three scores of nine points or more during his last three games.  The Colombian defender looks to be nailed on under Mourinho once again, with Vertonghen being dropped to the bench for the odd game recently.  This weekend Tottenham face Wolves at home, which will undoubtedly be an entertaining game.  We’re not expecting a Sanchez clean sheet, but some solid ghost points should be gained.  He scored 13.75 points against Aston Villa, in a game that Tottenham conceded twice.  Therefore, Sanchez doesn’t look to be clean sheet dependent at the moment!

Prospects:  We successfully backed Charlie Taylor last week, as he gained a solid 12 points at home to Bournemouth.  In fact, we’ve been backing him for months as he continually scores well for The Clarets; not sure how his ownership is still so low!  Taylor also featured predominantly in our Navigating Blank Gameweek 28 article which was first published a few weeks ago.  This weekend Burnley face a trip to Newcastle and is on great form.  Dyche’s men have won four of their last five games, and we’re expecting another win this weekend.  Pick up Taylor for Gameweek 28 while he can still be classed as a sleeper!

Prospects:  Our Southampton defender of choice this weekend is Bednarek.  Last week Bertrand bagged us a great score of 16.5, but this weekend we’re backing the big Polish defender Bednarek to rack up aerial points and dominate the West Ham offensive attempts.  Last weekend the Saints center back scored 21 points against Aston Villa, thanks in part to winning eight aerials.  Bednarek looks to be a great Gameweek 28 sleeper pick; we would highly recommend snapping up those Southampton assets while you still can!

Prospects:  Bernard is a frustrating player, but he’s certainly one to stick by!  The Brazilian playmaker features in our Hot or Cold Player Rankings this week, after his dazzling display from the bench in Gameweek 27!  If a fellow manager has dropped Bernard, you need to go out and acquire him right now.  Bernard has been scoring well for Everton in recent weeks, and although he doesn’t start every game, he’s certainly worth owning.  This weekend Everton face Manchester United, and we expect the little winger to start!

Prospects:  Ross Barkley is a thing again!!  With injuries to Kante, Pulisic, and Hudson-Odoi, and Loftus-Cheek not quite ready for first-team action, Barkley earned a start in Gameweek 27.  The Englishman duly delivered two assists during the victory over Tottenham, and he’s back on our Fantrax radars!  This weekend The Blues face a trip to Bournemouth, and we’re expecting Barkley to earn another start.  If he does, we would recommend slotting him into your starting eleven.  Hopefully, he performs again, and becomes a good short term sleeper for Gameweek 28 and beyond!

Prospects:  Armstrong has shown great recent form, and has averaged 14 points per game over the last 30 days.  The Scottish midfielder bagged a goal last time around, as he rewarded Fantrax managers with 26 points!!  If Armstrong is still somehow a free agent in your draft league, you need to sign him up.  He’s a great sleeper pick ahead of Gameweek 28 and beyond!!  This weekend Southampton faces a leaky West Ham side, and we’re backing them to come away with another victory.  Armstrong is key to everything The Saints are doing right now, and his ownership deserves to be much higher.  We’ve been featuring him pretty heavily over the last couple of months.

Prospects:  As well as Barkley, we’re also backing Giroud after his goal-scoring performance in Gameweek 27!  The Frenchman was restored to the team with Abraham struggling for fitness, and Batshuayi performing badly in Gameweek 26.  It looks as though Abraham will miss out this weekend, after suffering a suspected injury in the warm-down after the Champions League defeat to Bayern Munich.  Therefore, we’re backing Giroud to start, and gain a decent points haul in Fantasy EPL, this weekend!  The World Cup winner is underrated and usually performs well for Chelsea when called upon.  The game against Bournemouth will provide Giroud with plenty of opportunities!

Prospects:  Long is on great form, and is a really good under the radar pick at the moment.  Maybe people are remembering him for his huge goal droughts of a couple of years ago.  The Irish forward has actually been in ok scoring form the past year or so, and certainly in the last couple of months.  We shockingly benched Long in Gameweek 27 in the Draft Premier League Community League; we won’t be making the same mistake this weekend!

We’ve featured Southampton players heavily in this Gameweek 28 Sleepers article, but for a very good reason.  The Saints are on great form, have a good upcoming fixture schedule, and plenty of their assets are still available in the free agent pool of most leagues.  Go sign some Southampton players ahead of their trip to West Ham!!!

Prospects:  This is the first time we’ve featured Vydra this season, and he certainly deserves it after two goals in two games.  The Czech international forward featured in or Hot or Cold Player Rankings this week too!  With Wood and Barnes out injured, Vydra and Rodriguez have played very well during the last two games; both of which Burnley won.  This weekend The Clarets face Newcastle away from home, and both of these Chaps are good options.  We’re backing Vydra here, due to his lower ownership and higher potential for a free agent pick-up! 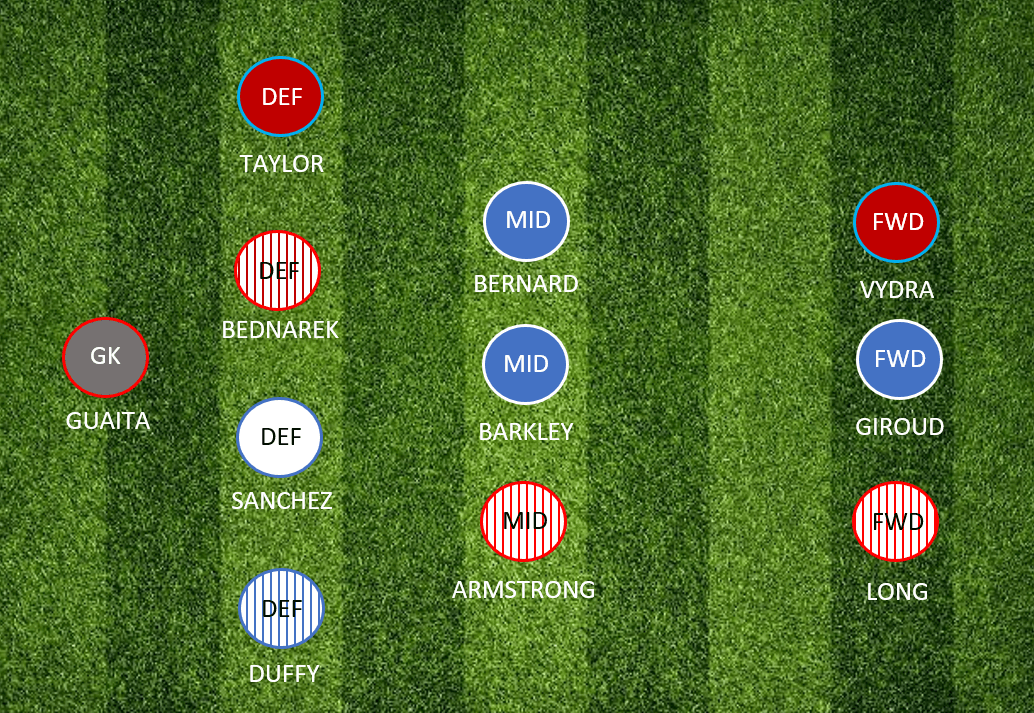