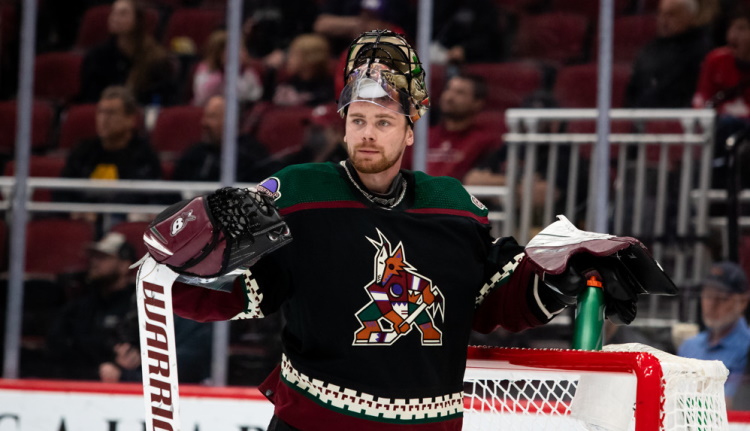 Finding goalie sleepers is easier written than done. No, we’re not looking at which goalies most often seem asleep when they’re in the crease, though I can also make you a list of those candidates. We’re looking at the much more widely accepted definition of “fantasy hockey goalie sleepers” – those that others may be undervaluing that you can gobble up later than their projected value in drafts.

For more advice, check out the rest of our 2022 Fantasy Hockey Draft Kit:

Georgiev arrives in Title Town to take over starting duties with the departure of Darcy Kuemper and the oft-injured Pavel Francouz as his only competition. He is currently the 27th goalie being taken off the board in standard leagues, and that seems just ridiculously low for a 26-year-old being inserted into a squad with a Top 10 defense in front of him. Beyond that, the Avalanche finished fourth in the league last year in goals scored per game at 3.76. With more consistency in playing time, I expect his .898 save percentage to climb back closer to his career .908. Far beyond that, though, assuming your league awards points to goalies who attain wins, Georgiev is a prime candidate to rack those up, and he’s not even being drafted in 12-team leagues with two goalies. He’s at the top of my goalie sleepers list heading into the year.

This is a drum I will continue to beat no matter how many people think I’m crazy. In his rookie year, the 26-year-old flashed signs of brilliance, including a .921 save percentage in March, wherein he beat Colorado on the road with 42 saves. He has the exact opposite problem of Georgiev in that the Historically Bad Arizona Coyotes finished dead last in pretty much every offensive category last year. The youth movement is afoot in the desert, however, and I see Vejmelka taking a big leap forward in his second season. As the 24th goalie off the board, he’s worth a flier.

Yet another 26-year-old. Coming off a serviceable season that saw him tally a .908 save percentage while allowing only 2.67 GAA, Vanecek gets a change of venue, moving from Washington to New Jersey. Coming off the goalie draft board at 29, fantasy managers are hedging their bets that Mackenzie Blackwood will emerge as the starter for the Devils. The numbers would suggest Vanecek can be the primary backstop, and with the revamped lineup including Ondrej Palat and Jack Hughes, he could make “The Leap” in 2022-2023. He almost certainly will finish much higher than the 29th overall ranked goalie when it’s all said and done.

Samsonov is only 25, lest you thought I have a 26-year-old bias. As the other goalie moving on from Washington, he benefits from moving to Toronto, where he has a long list of solid defensemen to help him out. In 39 starts last year, Samsonov walked away with a 23-12 record, though his save percentage went down and his GAA went up. He will begin the year in a timeshare with Matt Murray, but I predict he will eventually become the starter and improve on his numbers from last year. The wins will definitely be there, and if he can regain some of what made him a first-round pick, he could be a prime choice of the goalie sleepers.

No age bias here, no sir. Quick is 36 years old and has 702 starts under his belt. This is the least-exciting sleeper imaginable, but the elder statesman of the group has a chance to outperform his Goalie ADP of 28 in a hurry this season. The Kings sneaked into the playoffs last season and then took the Oilers to the brink of elimination before Connor McDavid stepped in, and Quick contributed greatly to making this happen. Stealing his projected .900+ save percentage and 2.75 GAA that late in a draft is a solid pick. Add in the fact that he is in the final year of a contract, and he might hit an extra level. Nab him.

Looking for more conversation, thoughts, opinions, or just general discussion? Hit me up on Twitter at @thewonkypenguin.