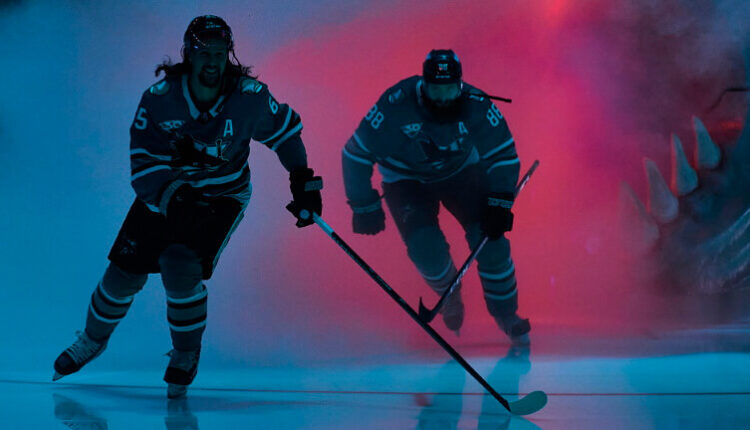 Every season there are players you draft that just don’t live up to your expectations. Whether it’s from injuries or lackluster play, they left you wanting more. Here are 10 players that should bounce back after a tough season in 2021-22.

Eichel has played just 34 games as a Golden Knight, notching 14 goals and 25 points. He’s been dealing with injuries, but now he’s heading into the season fully healthy. His last two full campaigns as a Buffalo Sabre saw him score at more than a point per game clip (78 points in 68 games, 82 points in 77 games). I think he’s more than capable of returning to point-per-game form, making him one of the better fantasy centers you could draft.

Stone is coming off of an injury-plagued year – limited to only 37 outings. He still managed to post 30 points. With 154 points in his past 157 games over the past 3 seasons, Stone is a proven high-end RW producer. With a full season in good health playing with Jack Eichel as his center, Stone should be in for a big year.

Both Benn and Seguin had miserable fantasy seasons by their standards. Benn had just 46 points with a minus-13 rating, and Seguin had 49 points with a minus-21 rating. With Peter DeBoer being brought in as Head Coach, that should mean the Stars become a more offensive-minded team. I’d like to see both players put up at least 10 to 15 more points each, and fire a lot more shots on goal than last year (182 and 218 respectively). Dallas can’t rely on their top line forever and will need Benn and Seguin to be stronger secondary contributors.

Hamilton was held out of action for 20 games last year. While that limits fantasy value, the arguably bigger concern was his play when he returned. There were multiple point droughts of four or more games, sometimes seven. His fantasy production took a notable dive compared to how he started the season (20 points in 30 games). With the injuries behind him, Hamilton should be able to get back to that 40 to 50-point pace fantasy managers have come to expect of him.

Karlsson scored 35 points in 50 contests last year, which isn’t a bad season. However, with Brent Burns traded to the Carolina Hurricanes, Karlsson no longer has to compete for the top offensive role. He’ll be anchoring that top power-play unit all season, so I expect to see an uptick in his fantasy value. 45 to 50 points isn’t out of the realm of possibility.

It feels strange to put a defenseman who just tallied 54 points on a list of bounce-back candidates. But this is Brent Burns, he’s capable of more. He’s leaving a struggling Sharks squad to join one of the best rosters in the league. In San Jose, he had to compete with Erik Karlsson, but in Carolina, he’ll be the main guy. He’ll likely have defensive stalwart Jaccob Slavin on his pairing, which will allow Burns to play to his strengths and produce a ton of fantasy points. Could a 65-point season be in reach, maybe 70?

Chabot missed 23 matches last year, which saw him finish the campaign with 38 points in 59 appearances. That’s scoring at a 52-point pace, which would be his best result since his 55-point campaign back in 2018-19. This would be a more prolonged bounce back than others on this list. The Senators have made significant moves this offseason, including the additions of Alex DeBrincat and Claude Giroux. With Chabot being the top blue liner for the club, the added firepower will surely boost his fantasy stock.

Murray’s tenure in Ottawa did not pan out how the Senators hoped. That’s an understatement, as he won only 15 games during that two-year span. He’ll now have a fresh start in Toronto. With Ilya Samsonov also brought in by the Maple Leafs, the two netminders will be fighting for ice time. Either one could wind up being the starter, or it could end up a 50/50 split. Regardless, Murray should be better than the five wins, 3.05 GAA, and .906 save percentage that he posted last season.

Binnington burst onto the scene in 2018-19, posting a remarkable 24-5-1 record with a 1.89 GAA and a .927 save percentage. Ever since then, his GAA and save percentage have declined. Last season he yielded a 3.13 GAA and .901 save percentage, and was outplayed by teammate Ville Husso. With Husso moving on to the Detroit Red Wings, Binnington is the clear-cut starter again. The Blues are a formidable team and should be able to help Binnington re-discover his confidence to make him a higher-end fantasy option.