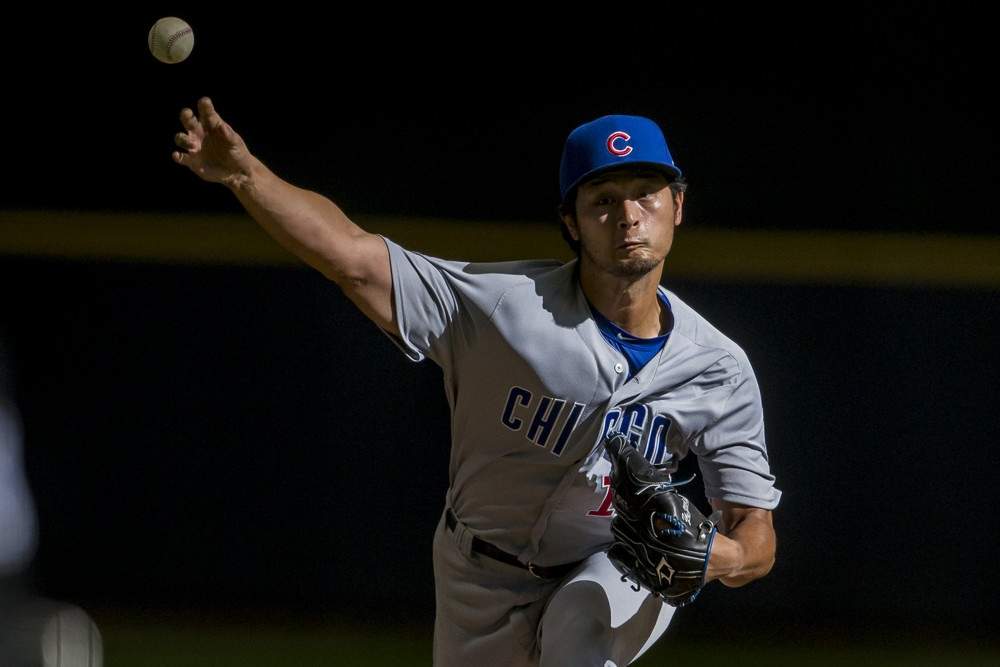 Okay, I’m feeling better. My AL-Only Starting Pitcher Rankings had me a bit down. Yeah, the top six or seven are nice, but it thins out real quick and there’s not a lot of intrigue in the later rounds, except for a couple of top prospects returning from Tommy John. While the National League can’t quite match the top tier of the American League, I think there’s more depth and it’s also home to some of my favorite starting pitching sleepers for 2019. Let’s dig into my NL-Only Starting Pitcher Rankings so you can see what I mean.

I mentioned it in my AL SP rankings and I’ll say it again. It’s time to re-imagine how you view pitchers. This applies in a typical 12-team mixed league and it’s even more extreme in AL- and NL-Only leagues. When it comes to starting pitching, you have to turn to quality over quantity. What I mean by this is I would rather have three or four starting pitchers from the top two tiers than six or seven from throughout the draft. Why you might ask? Go ahead, ask.

So the basic take here is to grab at least two top-20 starting pitchers and forgo the innings eater types (think Tanner Roark) in favor of high-strikeout low-WHIP relievers. The innings eaters aren’t eating as much and they will likely leave you with an upset stomach (and WHIP).

I usually have a nice list of lower-ranked starting pitchers I like as sleepers. It’s not as easy in the current pitching atmosphere, but here are a few names down the list I might entertain if things roll right.

As you can see, I like Brandon Woodruff. I’ve got him at No. 22 which is probably higher than most anywhere you’ll see. He got jerked around a bit in 2018, both between the majors and minors and from starting to relieving. We’re working on small sample sizes here, but Woodruff really seemed to figure things out as the season progressed, putting up a 2.25 ERA and 11.81 K/9 in the second half. That was all from the bullpen, though he did go four innings in one appearance. He continued that into the postseason with 12.1 innings of 1.46 ERA and 14.59 K/9 dominance. Can he come close to that level as a starter? It’s hard to say. At worst you draft a high-inning middle reliever in the mold of Brewer teammate Josh Hader.

Julio Urias is another pitcher I’ll be tracking this spring. Much of the prospect hype has died down thanks to anterior capsule surgery in 2017. Yeah, I’m touting a pitcher who threw more innings in the 2018 postseason than he did the regular season. Right now the Dodgers are looking at him as a starting pitcher, but with innings limitations… Aren’t nearly all starting pitchers in the same boat? Anyway, Urias definitely has the talent and he’ll be pitching for a good team in a pitcher-friendly ballpark. If I’m looking for value, the scene is definitely set.

Both these young pitchers epitomize my philosophy on pitching. They may not pitch a lot of innings or have a shot at 15-plus wins, but what innings they do throw are very likely to be very good. Quality over Quantity!

A Caveat on these Rankings

What, there’s a caveat? Isn’t there always? Don’t worry, it’s nothing earth-shattering. As you peruse these NL-Only Starting Pitcher Rankings, also check out the innings pitched projections. As I tweak the rankings, I’m always amazed at how a couple wins or 15 strikeouts can affect things. I’ll be updating these rankings all spring. Just realize that the values of all these pitchers are health and role dependent.

Woodruff and Urias are perfect examples. Right now they are being viewed as starters. If that changes, our rankings have to follow. Yu Darvish is way down at No. 40. Any good word on his health vaults him way up these rankings. Alex Reyes is the same. So as you are nitpicking (we all do it) my rankings, realize a few extra outings can mean a lot. If you think Kershaw makes 32 starts, by all means, put him at the top. It’s your team.