December 31, 2019 by The Fantasy Football Chaps Leave a Comment   |  TheFFChaps 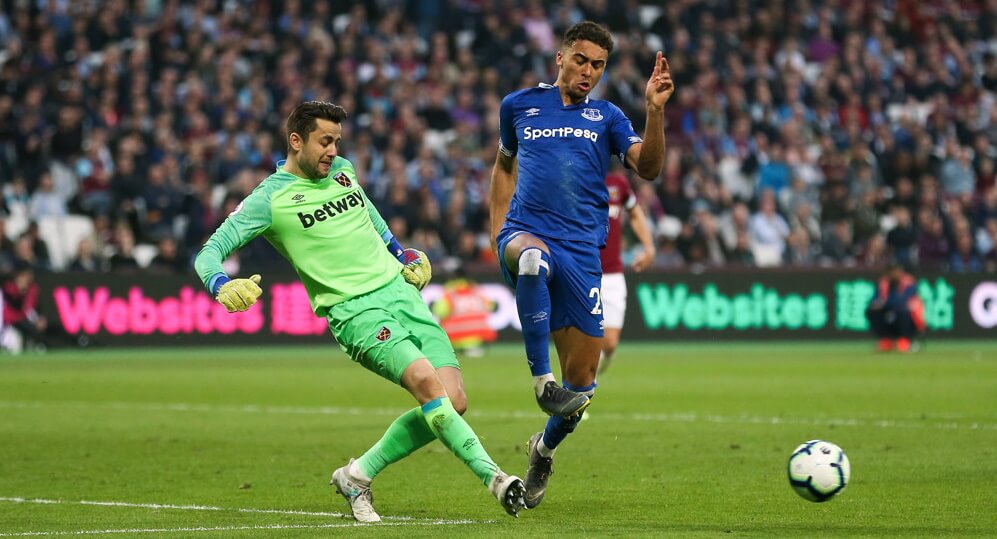 Our Gameweek 21 Chaps Choices article provides Fantrax managers with a Fantasy EPL Sleepers XI.  Our starting eleven of Premier League differential picks will help you find a golden ticket to a big score this weekend!  These hints and tips will give you a better chance of picking up an all-important victory, as one of our Fantasy EPL sleeper picks could easily make the difference in a Head-to-Head game!

Prospects:  West Ham was actually 5th in the Premier League before Fabianski was ruled out with an injury back in September.  Fast forward a few months, and West Ham are in a relegation battle, with a newly appointed manager in David Moyes!  A huge turnaround in fortunes and we think Fabianski will be at the center of their rejuvenation.  The Polish shot-stopper is one of the best Togga Scoring goalkeepers around, and he’ll have high confidence after returning to the side, and saving a penalty, against Leicester in Gameweek 20.  This weekend West Ham faces a goal-shy Bournemouth side, and Fabianski is an essential sleeper pick-up ahead of Gameweek 21!!

Prospects:  Fabian Schar has returned from injury, and will hopefully get back to his solid scoring Fantrax form of last season!  The Swiss defender scored during the Gameweek 20 defeat to Everton, and we’re backing him to score well again against Leicester!  Schar scores well for defensive statistics, and is always a danger in an attacking sense too!  The New Years Day fixture isn’t the kindest, but we would highly recommend snapping up Schar is he’s a free agent in your league.  Look towards teammate Lejeune (4% ownership) if Schar doesn’t pass a late fitness test.

Prospects:  Now here’s a massive under the radar gem that has featured in our Hot List for the last few weeks.  Christian Kabasele of Watford.  The big Belgian center back performs well in Togga Scoring, and his ownership should be a lot higher, despite the fact that he plays for Watford!  Kabasele has averaged 11.35 points per game over the last five games.  In Gameweek 21 Watford faces Wolves, and Kabasele is a key member of our Sleepers XI.  Sign him up if you can, Watford have improved under new manager Pearson.  Teammate Feminia (7% ownership) is a great alternative.

Prospects:  Tomkins scored 25 points in Gameweek 20, and we should be able to rely on him to start once again on New Years Day.  Crystal Palace is very short on players, so the big center back simply has to play once again.  The Eagles face a trip to a Norwich City side who have been finding the back of the net fairly regularly in recent weeks.  However, Tomkins is always a threat from set-pieces, and he should bring home a decent score!

Prospects:  We’re backing another of West Ham’s backline, as they host an under-performing Bournemouth side.  Balbuena is usually a decent scoring defender in Fantrax, and we’re hoping for a good score during David Moyes’ first game back in charge of the Hammers.  If you don’t fancy Balbuena, then take a look at Cresswell (15% ownership).  The left-back should return to the side, after sitting out the embarrassing Gameweek 20 defeat to Leicester City Reserves due to suspension.

Prospects:  Mario Vrancic was given a chance by Farke in Gameweek 20, and he rewarded him with a very well taken goal.  Next up for The Canaries is a game against Crystal Palace, and Norwich really needs to take their chances and come away with three points.  They have been unlucky to come away with just a single point from the last two home games!!  Vrancic should slot into the midfield once again, as he does offer a bigger goal threat than the likes of McLean or Tettey.  If you fancy a punt on another super low ownership midfielder, then how about Dennis Praet (5% ownership)?  The Leicester man sat out Gameweek 20, so he should come back into the side on New Years Day.

Prospects:  We’re backing Aston Villa winger Trezeguet to come back into the side in Gameweek 21, after a shocking display from The Villains last time around.  The Egyptian winger scores pretty well when he’s given the opportunity, so he looks a good bet for the game against Burnley.  Dean Smith will be desperate to get a result after disappointing recent displays against Southampton and Watford, and Trezeguet will be key to this.  Looking elsewhere, perhaps Erik Lamela (44% ownership) could be a good sleeper or Gameweek 21.  The Tottenham man returned to first-team action against Norwich.

Prospects:  If you’re after a consistent scoring midfielder, who will gain you seven to nine points every game, then look no further than Declan Rice.  The West Ham midfielder has been putting in some extremely consistent performances in recent weeks and is a solid option for a MID5 for any Fantrax squad.  If you’re struggling for starters during this busy festive period, then bring Rice into your side.  He plays every game and has a decent points floor.  Burnley man Westwood (42% ownership) is another option for a solid scoring midfielder.  The Clarets face Aston Villa at home in Gameweek 21.

Prospects:  Aaron Mooy is Brighton’s best player.  No doubt about it.  His performances in recent weeks have been magnificent, and he finally rewarded Fantrax managers with a big haul in Gameweek 20.  Mooy’s goal against Bournemouth was superbly taken, and he should be a mainstay in The Seagulls’ midfield for the rest of the season.  We’re shocked to see his ownership so low!!  If Mooy is a free agent in your Draft League, sign him right now.  He’s a MID3/4, and can be started most games without any worries of a poor performance.  Mooy is a great addition to our Gameweek 21 Sleepers XI!

Prospects:  Young Manchester United forward Greenwood started and scored in Gameweek 19, but was left out of the side for Gameweek 20.  We predict that he will return to the side for Gameweek 21, and therefore he’s a worthy inclusion in our Sleepers XI!  Greenwood is a very talented player, and he will gain more and more minutes as the season progresses.  We highly recommend bringing in the youngster and slotting him into your team when he does start.  Looking elsewhere, another young forward who is likely to line up against Greenwood is Reiss Nelson (10% ownership).  The pacey winger has started the last two games, and we wouldn’t be surprised if he started once again in Gameweek 21!

Prospects:  Our final pick is Watford live wire Sarr.  The tricky winger has established himself in the side after a rocky start and is scoring very well.  We first highlighted this many weeks ago when Sarr was scoring good ghost points.  The Watford forward has now added goals to his game, and he’s an essential signing if he’s a free agent.  The Hornets face a good Wolves side on New Years Day, but we’re still backing Sarr to score well based on a good base of ghost points.