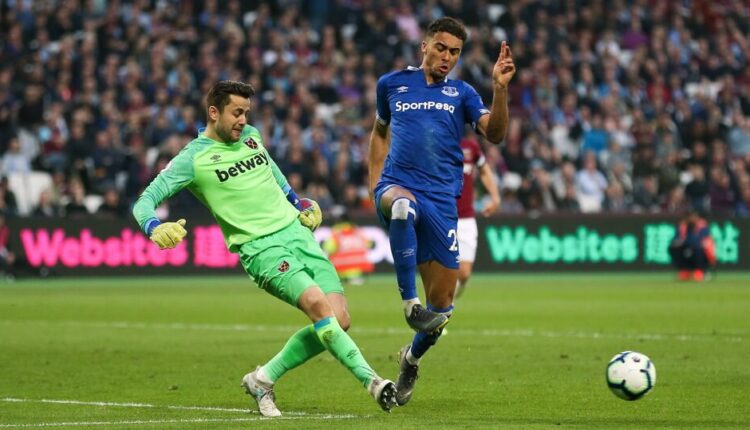 Our Gameweek 10 Player Rankings are here to outline the current prospects of key Fantasy EPL players.  The ‘Hot’ or ‘Cold’ status will help take away your emotional attachment to certain Draft Premier League players and bring in the players that you need to help you dominate your Fantrax Draft League!

What’s Changed?: Calvert-Lewin is in the form of his life. He is scoring goals for fun, and really enjoying his football at the moment! He has only one poor score all year (-1 vs. Southampton), with every other score being above 10 points. He was going mid to late round 4 in drafts and looks close to the steal of the draft. Even as Everton is starting to cool off Calvert-Lewin doesn’t seem he will. While I expect there to be more single-digit outings I really believe he can provide FWD1 value for the rest of the season.

Is it even possible to trade this man in now? If someone in your league is willing to let him go I would definitely send a heavy offer for him. Try offloading one of the bigger names who are really underperforming such as Jimenez or Aubameyang for the man on fire!

What’s Changed?:  One of the few players who are even performing better than Calvert-Lewin is Bruno! The man is single-handedly giving Manchester United life in this very mediocre season so far. Bruno is on six goals and three assists so far and has an incredible run of games coming up. He is also just coming off a two-goal performance in the Champions League and will look to continue his hot form. I truly believe Bruno will be the top scorer in Fantrax this season, and could even increase his output once his teammates start scoring some of his key passes! Manchester United attackers have been poor so far, but we all know they can hit a purple patch and I expect Bruno to benefit even more from that.

If you can somehow manage a trade giving up any player 1:1 for Bruno (even De Bruyne) I would do it in a heartbeat! Even if you have to package two top 20-30 players Bruno is the guy to roster this season.

What’s Changed?: No Trossard? No problem! Step in Pascal Gross, and he has rewarded fantasy managers who placed their faith in him. Three double-digit scores in a row with nine key passes and two assists in his last three games. Brighton may be a very inconsistent team, but Gross is proving to provide very solid numbers when he starts. He commands most set-pieces and provides a fantastic delivery. Brighton has a decent run of games coming up, and Gross could see some solid returns during that time.

The only risk with Gross is him going back to the bench, but that could be a few more weeks. He is only 46% rostered and is a must pick-up for me! If someone rosters him, try sending a low-ball offer if they are looking to “sell high” on the in-form midfielder.

What’s Changed?: In his 2nd EPL start this season, Pepe made a ridiculous decision and got himself a three-match ban. Arteta’s post-match comments weren’t too encouraging, and Pepe will be spending a lot of time on the bench this season. Managers had high hopes for Arsenal’s record signing, but he is proving to be nothing more than a massive disappointment to fans and fantasy managers. While he can provide Arsenal with a moment of magic, his starts in the EPL seem to be very rare. There is no guarantee when he will get his next chance after his latest antics, and now is the time to move on!

Recommendation: I would recommend trying to trade out Pepe for well…..just about anyone! If you can’t get a trade through, now may be the time to drop Pepe.

What’s Changed?: Saint-Maximin has been very inconsistent this season with only three double-digit scores in eight games. His last three scores have all been single digits. Newcastle has a dream run of fixtures where managers will be hoping he gets back to the fantasy darling of last season. He has faced a lot of minor injuries this season which is probably impacting his form a bit. There is every chance he continues to provide these inconsistent runs, even when Newcastle perform well. I do expect to see one or two big scores over the next five games, but if not it will be very worrying times for Saint-Maximin.

Recommendation: I’d highly recommend trying to trade out Saint-Maximin on name value, seeing what value you could get, but would not undersell him. Hold for the friendly fixtures if you can’t get proper value.

What’s Changed?: Bowen has not been the ghost point king he was last season, proving to be more frustrating than the likes of Fornals! Bowen only has six key passes all season with three of them coming in his last game! Add to that only four shots on targets, and things are not looking good for Bowen. West Ham is playing really well right now with Bowen being one of the worst assets on that team right now! I am not sure if things will turn around for Bowen after his poor scores in some really friendly fixtures. He will continue to be super goal dependent and won’t score enough of them to warrant his 3rd-4th round draft pick. With Antonio coming back into the XI soon, managers can only hope he helps turn some of Bowen’s few key passes into goals.

Recommendation: I’d be looking to trade out Bowen on name value for a more reliable player or a different boom or bust type player. I don’t expect to see a huge improvement from Bowen, especially since he is off of most set-pieces.