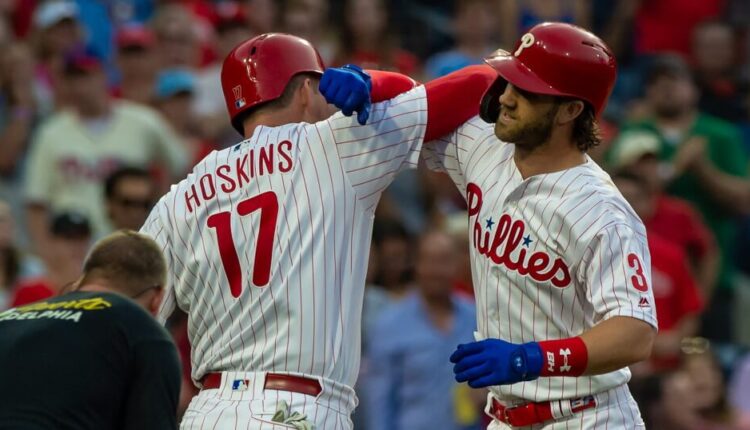 Best Ball leagues are a variation on points leagues and have become increasingly popular in recent years. You can check out our best ball leagues, which are located in our draft lobby. As you can see, we offer leagues at various price points to accommodate both the serious fantasy player and the player who may be testing the waters in a format they are unfamiliar with.

The primary reason that these leagues have picked up steam lately is that drafting is just plain fun. Much of the enjoyment in the overall fantasy experience comes from participating in the draft. Whether it be in a ballroom at the Bellagio, your local watering hole, or on Fantrax.com, it is always fun to get together, talk some smack, and test your mettle by trying to outwit the rest of your league during the draft.

Another reason I like Best Ball leagues is that they reward those who have put in the work before sitting down at the draft table. In most season-long leagues, once the draft is over, there is still a ton of work to do to succeed. Quite frankly, not everyone has the time or patience for it. That is especially true in leagues with daily lineup changes, or “fastest finger” leagues, in which the waiver wire remains open 24/7. Some owners have become increasingly disenfranchised with these types of leagues because they believe that they are losing to lesser fantasy owners, not because of a lack of knowledge, but due to an inability to keep up with (and take advantage of) the never-ending news cycle. Once a Best Ball draft is done, so is your commitment. Just let the fantasy gods do their thing while you sign up for another draft!

Sounds Good, But What Is It Exactly?

Our Best Ball leagues are 12-team leagues in which teams participate in a 40-round draft. Once the draft ends, there are no roster changes of any kind. Trades and waiver claims are not permitted. The 40 players picked during the draft will remain on your roster throughout the season. Most scoring periods are weekly, from Monday through Sunday. The two exceptions to this are during the first half week of the season and the week of the All-Star Game. At the end of each period, Fantrax will automatically calculate your best possible starting lineup consisting of 22 of your 40 players. Your starting lineup will consist of one player at each infield position, including a catcher, five outfielders, three utility hitters, and any nine pitchers. You do not need to draft a certain number of starting pitchers or relievers, but you cannot exceed a total of 22.

The scoring system in Best Ball leagues varies somewhat from standard Points leagues, as I will illustrate below. Because of that, most players will gain (or lose) a bit of value as compared to points leagues. At the same time, many of the same theories apply when it comes to valuing players. Our own Jorge Montanez explains how to value players for Points leagues here.

All hitters will receive one point per hit, with no distinction between singles, doubles, and triples. This differs from Points, where hitters usually are credited with a point per base on a base hit. Hitters will also receive one point for every run, RBI, and walk. Each player also receives three points per home run and stolen base. All pitchers will receive 1.5 points per inning pitched and per strikeout. They will also receive three points per win and quality start. Saves are worth six points apiece. Hitters cannot lose points for things like strikeouts and caught stealing. Pitchers, on the other hand, do receive negative points for earned runs allowed (-1.5 points each) as well as hits and walks allowed (-0.5 points each). Now that all of the formalities are out of the way, here are some tips for how I like to approach best ball drafts.

Put a Premium on Starting Pitching

On the surface, hitters generally score more points than pitchers. Over the last four seasons, there have been a total of 212 players who have exceeded 500 points in a season. Of those, only 49 have been pitchers. This means that you should try to emphasize pitching early to nab an upper-echelon pitcher. Elite starters have an incredibly high ceiling. In the last five seasons, only six players have eclipsed 700 total points in a season. Four of the six were starting pitchers. Starting pitchers are almost always a better bet than relievers. 29 starters exceeded 400 total points last year, but just four relievers reached that mark. That ratio was 30:4 in 2018.

When selecting pitchers, focus on innings pitched and strikeouts per start. I would not worry too much about the possibility of negative points. Baserunners allowed and runs allowed are not dealbreakers in a Best Ball league. The positives will outweigh the negatives in a vast majority of instances. Trevor Bauer is an example of a pitcher who was highly disappointing in Roto last year, but who was quite solid in Best Ball. The outspoken right-hander struggled to the tune of a 4.48 ERA and finished as the SP58 in Roto formats. However, he ended up 14th in Best Ball on the strength of 213 innings pitched, 11 wins, and 253 strikeouts.

Starters who pitch twice in a given week will almost always end up in your starting lineup. Josh Hader had an almost unheard of 8.00 points per game in Best Ball formats last year. That means, on average, he would have scored 24 points if he had pitched three times. Meanwhile, there were 50 starters (plus Tyler Glasnow and Brandon Woodruff, who were listed as relievers) who averaged at least 12 points per game. That means that essentially 52 starters were more valuable in a typical two-start week than the highest scoring reliever in the league. Because there is no way to line up starters before each scoring period, I would suggest trying to grab as many starting pitchers as possible. The more the merrier.

I have had best ball drafts where I completely ignore relievers altogether. This strategy differs greatly from Roto or even Points formats where you are trying to get saves on the cheap. Many fantasy owners will make a few speculative picks on relievers late in the draft with the belief that they may earn saves down the line. In a league with a waiver system, that is a sound strategy. An underperforming player can simply be dropped for a better option. But that is not the case in Best Ball. If you have a middle reliever who cannot earn the closer’s role or a closer who pitches himself into middle relief, you are stuck with a black hole on your roster. I would rather grab a bunch of mediocre starting pitchers towards the end of my draft than speculate on would-be closers in the middle rounds.

Your starting lineup will consist of 14 hitters each week. Positions are fixed and predetermined heading into the draft. This is very important because hitters do not have positional flexibility. A super-utility player like David Fletcher is less valuable in Best Ball leagues because he will be available at only one position (2B) for the entire season. Therefore, drafting backups at each position is of the utmost importance. Players suffer so many injuries during the season that having just a single backup at each position may not guarantee production in a given period. There are no sure things regardless of the number of backups you may have, but a little extra cushion will likely prove beneficial throughout a six-month season.

Roster configuration is not an exact science, but I would suggest having at least two hitters at each infield position, and at least seven or eight outfielders. Remember that each team will start three utility hitters every single week. You could theoretically end up starting as many as four third basemen or eight outfielders in any week. My ideal roster would have three players at each infield position, eight outfielders, and 17 pitchers. Of course, there are a lot of different directions you can go in. You can make the argument to go with only two catchers since the position is so barren, opting for another outfielder or pitcher instead. You can take advantage of the depth at shortstop and add another player or two there. Or, of course, you can grab the maximum 22 pitchers and just hope your hitters avoid the dreaded Injured List.

Without the ability to set lineups each week, many fantasy owners may be inclined to select players who are largely consistent and do not have significant splits. I believe this to be a false prophecy. In Best Ball formats, you want the potential for upside. You want to have the hitters on the Rockies during their home weeks, for example. Last season, Ronald Acuna scored 713 points. It was the highest single-season total accumulated by a hitter in the entire decade. He averaged 4.57 points per game, an incredibly high number. Charlie Blackmon finished tied for 36th among hitters in total points last season and averaged 4.74 points in home games. Trevor Story averaged 4.89 points per game in Coors Field last year. If you draft competent backups at each position, you should be able to account for the down weeks.

Focus on HR, SB, and BB, Not Average

As is the case with a pitcher who carries a high ERA or WHIP, a hitter with a subpar average will not sink you in Best Ball the way he can in Roto. Rhys Hoskins finished outside of the top-100 hitters in Roto formats last year, largely because of his .226 batting average. But in Best Ball, he eclipsed 500 total points and finished inside the top 50. A big part of that was his 116 walks, which led the National League. In that sense, Best Ball leagues are akin to leagues which value on-base percentage over traditional batting average. A player who does not walk will not have the same impact in Best Ball leagues as he does in Roto leagues. Both Starling Marte and Eddie Rosario are good examples of this. Each finished 2019 between 15-20 spots higher in Roto than they did in Best Ball.

Steals are worth three points in Best Ball leagues. A player who walks, steals second, and comes around to score earns five points. That is the same as someone who hits a solo home run. This nuance must be considered when valuing players. Jonathan Villar finished 17th among hitters in Roto formats last season but was tied for 11th in Best Ball. By contrast, Nolan Arenado finished seventh in Roto and 17th in Best Ball. This does not mean you need to break the bank for Jarrod Dyson or Billy Hamilton. But it is worth noting that Elvis Andrus, who had 81 runs, 12 homers, 72 runs batted in, 34 walks, and 31 stolen bases averaged more points per game last year than Kyle Schwarber (82 runs, 38 homers, 92 runs batted in, 70 walks, 2 stolen bases). That would generally not be the case in a typical Points league.