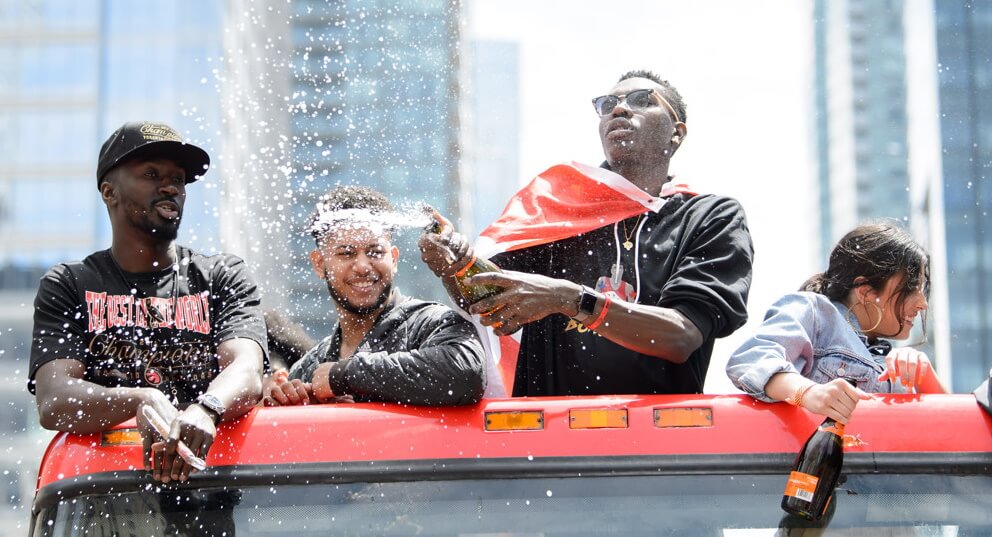 Our Monday article was definitely my most well-rounded piece of the season. We had every player surpass 4X value and had all but one player reach 5X. That’s all we can ask for when giving recommendations and we’ll look to build off of that momentum here. With that in mind, let’s get into our 11/13 NBA DFS Plays!

Why the heck is Westbrook below $10,000 on FanDuel and below $9,000 on DraftKings? That’s something you’ll rarely see and it definitely makes him one of the best plays on the board. We’re talking about a guy who’s flirting with triple-double averages, providing 48.5 DK points per game for the season. That’s impossible to pass up at this price and we adore him in a primetime game with a 230-point total.

FVV found his way into our article on Monday and it’s simply tough to fade him right now with all of the injuries in Toronto. They clearly looked shorthanded when you look at his usage, with VanVleet taking 20 shots while playing an absurd 45 minutes in that defeat. Any starting point guard playing 45 minutes is a must-use, especially a guy as talented as this. Not only has FVV scored at least 25 DK points in all 10 games played this season, but he’s also averaging 35 DraftKings points per game. Just keep using VanVleet until Lowry returns or until he’s above $8,000.

DeRozan is not posting any gaudy lines but he continues to produce above his price. What we really like is his floor, with DD scoring at least 29 DraftKings points in all nine games since the opener. That floor is no surprise when you see his usage, with DeRozan leading the team with a 27 percent usage rate in that span. Having a big workload like that paired with this high floor makes him very attractive against a defense like this, with Minnesota allowing the fourth-most fantasy points to opposing shooting guards this season and the third-most to SFs.

Brown has been a big-time breakout this season and we love that he’s becoming a focal point of this offense with Gordon Hayward sidelined. In the two games without Hayward, Brown is averaging 27.5 points, 8.0 rebounds and 3.0 assists per game. Brown also has a 26 percent usage rate while taking 18 shots a game in that span and it’s clear he’s the second scoring option behind Kemba Walker. That’s truly frightening for the Wizards, with Washington ranked 25th in points allowed and 28th in defensive efficiency.

You’re not going to look at Covington’s game log and get blown away with his numbers but he’s been a solid fantasy producer throughout the year. That’s evident when you see that he’s averaging 26.2 DK points per game, which is already north of 5X value. He actually provides most of that value through defensive numbers and that makes him extremely reliable for DFS purposes if we can just get a bump in minutes. We have to like the matchup too, with San Antonio allowing the second-most fantasy points to opposing SFs this season.

With all of the injuries in Toronto, let’s keep rolling out Raptors. Powell got a start in Monday’s loss, playing a season-high 37 minutes. That may become commonplace going forward with Powell scoring at least 24.5 DK points in three-straight fixtures. That means both of these prices need to be $1,000 more and it’s a wonder why he remains so cheap. This is certainly not a defense we’re concerned with either, with Portland sitting 23rd in points allowed while sending out one of the worst forward rotations in the NBA.

Jackson made an appearance in my article on Friday and we’re going to keep riding him until this DK price gets to where it should be. An injury and foul trouble lowered it big-time at the beginning of the season but this is a dude who could be an $8,000-player later in the season. That showed on Monday when JJJ dropped a season-high 44 DK points against a stingy Spurs defense. That gives him a 38-point average over his last two fixtures while playing 34 minutes a game. That stellar form could definitely continue against Charlotte, with the Hornets ranked 23rd in both defensive rating and points allowed while surrendering the fourth-most fantasy points to opposing PFs.

The Raptors have one of the shallowest rotations in the NBA right now and it’s made a lot of their players great values. Boucher is just that, as he’s been one of the best per-dollar players over the last week. In fact, Boucher is averaging 28.1 DK points per game over his last three outings despite playing just 20 minutes a game. Look for that minute total to rise as the weeks continue, with Lowry and Serge Ibaka both injured. All of that makes Boucher a heck of a value below $5,000 on DK and we love that he faces a Portland defense who’s allowing the most fantasy points in the league to opposing power forwards.

Value is extremely important in DFS and WCS is definitely someone worth buying low on right now. The reason for that is because this Warriors roster is a shell of itself, missing players like Stephen Curry, Klay Thompson, and Kevon Looney. That makes Cauley-Stein the third-best player on this roster and he’s showing flashes of that recently. Not only has WCS played at least 24 minutes in three-straight games, but he’s also averaging 26.3 DK points per game in that span. This isn’t a guy you’ll be excited to put into your lineup but he’s one of the best bets out there to provide 5X value.