Fantasy Blacklist: Is P.J. All Tuckered Out? 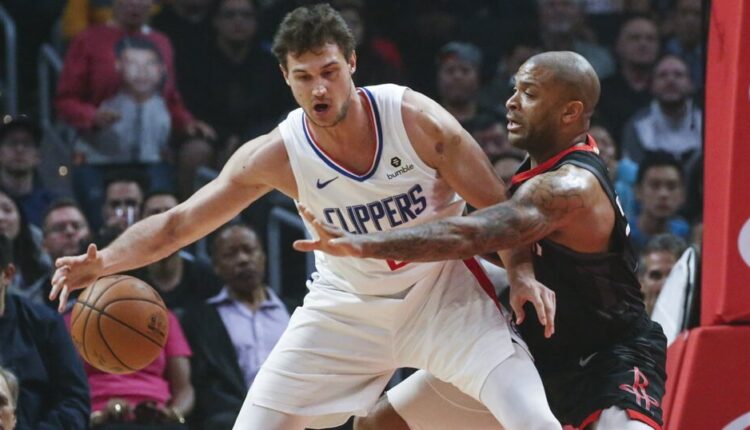 The fantasy blacklist is back for another week to help you make the tough call. We have worked our way into Week 4 of the fantasy basketball season giving us a decent sample size in terms of player production. After a hectic draft season with plenty of breakout candidates, many of those names have only brought disappointment. Whether by injury or simply due to poor production, the time may have come to part ways. The call is yours to make, however, and the fantasy blacklist is perhaps, the nudge you need.

Allen is a tricky player to make a call on. On those nights he plays significant minutes, Allen is clearly a must-roster player. Unfortunately, there is a timeshare going on which makes him hard to trust on a night-to-night basis. This one is really going to come down to your individual needs and whether you can handle the ups and downs. He is by no means a clear-cut drop and should only be considered if there is a more trustworthy option available on the wire.

Kanter made his return in the Celtics last game, playing just six minutes. In his absence, both Daniel Theis and Robert Williams have provided more than adequate service at the center position. Theis is questionable heading into Wednesday’s game and perhaps Kanter can, himself, take advantage of another’s misfortune. However, it appears unlikely he is going to have a clear path to minutes moving forward. Much like Allen, Kanter is someone to consider dropping only if there is an appealing option available elsewhere.

Tucker got off to a flying start this season but has regressed over the past few games. He is still a must-roster player based purely on rankings, however, he typically fills only certain needs. Danuel House could be forced to miss time with his back injury, presenting Tucker with an increased opportunity, especially on the defensive end. If you need steals and threes, Tucker could certainly have a place on your roster. If it is other stats you are chasing, you may need to move on.

With Draymond Green returning in the Warriors last game, it was Paschall who suffered the most. The rookie has been a real surprise thus far and is another player that could certainly have a place in standard leagues moving forward. Green appears disgruntled and there is a very real chance he misses games that would allow Paschall to build on his hot start. However, as long as Green is on the floor, Paschall is likely to remain on the bench. It is probably advisable to give him one more game before making a call on his future.

After exploding out of the gates, Green has slowed dramatically over the past few games. In fact, over the past two weeks, Green is sitting outside the top-200 in 9-category leagues. His value is tied to blocks, steals, and three-pointers. On nights he struggles to produce in any of those categories, his value is going to plummet. His role appears secure which does at least give him consistent minutes on a night-to-night basis. As we have seen, however, minutes are not everything and the time may have come to part ways.