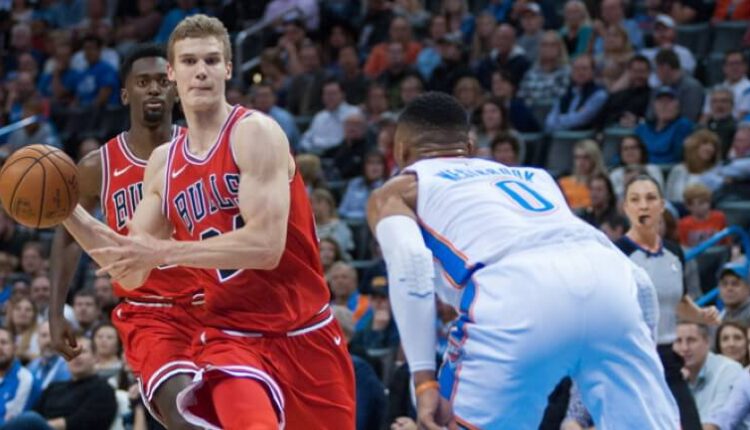 With three weeks under the belt, it is a perfect time to look for value on the trade market in your Fantasy Basketball League. If you read the trade targets article last week, you will note we were spot on with our analysis of players to trade early in the season.

Our key trade targets take into consideration those players that have moved significantly in value against their average draft position (ADP) after the first three weeks of the NBA season.

Robinson has the talent to be a top fantasy producer, but he is currently buried in Coach Fizdale’s rotation. However, the rumblings have already started that coach David Fizdale is on the chopping block. If the Knicks do bring in a new coach, I would expect Robinson’s minutes to jump significantly from the measly 18 minutes he is playing so far.

Robinson has the potential to lead the league in blocks and will also bring your squad elite field goal percentage. He is currently averaging 9.6 points at 71.8%, 6.0 rebounds, 0.7 steals and 1.9 blocks. If Robinson’s minutes get up over 25 per game, he will be a top 30 player.

Robinson is a great trade target if your team needs blocks, field goal percentage, and rebounds.

Markkanen has struggled with consistency early this season. He started the season with a bang, scoring 35 points and 17 rebounds, but his since plummeted in value with a horrible 7 points and 3 rebound game last week.

Markkanen was similarly inconsistent early last year until he broke out in February with top-15 numbers. The Bulls seem to run their offense through the ‘hot’ player each night. I am expecting Markkanen to bonce back shortly and push back to his true value inside the top 50 players. The ‘Finnish Dirk’ is the number two trade target of the week.

Sabonis has been fantastic to start the year, averaging 19.8 points, 13.3 rebounds, 3.9 assists, 0.7 steals, and 0.8 blocks. With his regular front court partner Myles Turner out, Sabonis has taken even more of the scoring load for the Pacers. Turner is expected back from injury shortly, so expect Sabonis to take a hit in scoring and rebounding.

Sabonis is a great player to sell off and replace with a player like Nikola Vucevic. Vucevic is currently underperforming with the changes to the Magic lineup, but I am expecting his numbers to bounce back as the season rolls on.

Paschall was a relative unknown at the start of the season. He was barely drafted in any leagues but has since made the most of his opportunity with the Warriors, averaging 15.6 points, 4.4 rebounds, 1.4 assists, 0.6 steals, and 0.4 blocks. Most of Paschall’s value came after Draymond Green went down. With Green now back, Paschall will see a drop in usage, and his fantasy value will fall as a result.

If you can afford to, a good move might be to go after John Collins or De Andre Ayton. Ayton has already served 8 of his 25-game suspension and Collins is 5 games in. You may be able to get some solid long term value if you act quickly on Paschall.