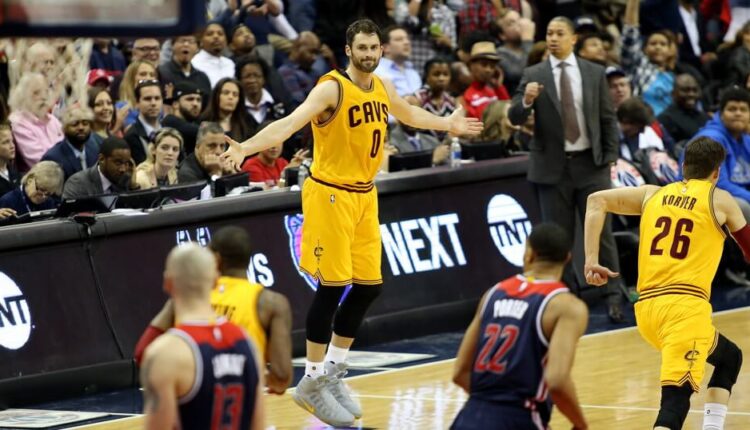 With two weeks under the belt, it is a perfect time to look for value trade targets in your fantasy hoops league.

Our key trade targets take into consideration those players that have moved significantly in value against their average draft position (ADP) after the first two weeks of the NBA season.

Thompson has been a real surprise package for the Cavs. He has obviously put a ton of work into getting his body right for the start of the season. He is currently averaging career highs in points (17.6), rebounds (11.4), assists (2.2) and blocks (1.8). Sadly though, I don’t think you will get these numbers for more than half a season.

Thompson is injury prone on a team that is likely to rebuild as the Cavs’ losses mount up. I am expecting the niggling injuries to start by December and his value to be outside the top 100 by seasons end.

Thompson is a great trade target for an underperforming, younger player, like Jaren Jackson Jnr.

Like Tristan Thompson, Love has come out of the gates firing for the Cavs. He has flirted with top-10 value from the first game of the season. He has been rebounding better than ever, averaging 16.8 per game. Love is also putting up similar assist numbers, 4.8 per game, to his glory days in Minnesota.

History tells us that Love’s body will break down at some point during the season and the DNP’s will start mounting up. Don’t expect the efficiency or career-high numbers to continue either. Love is a great trade target to sell high while you can.

Zeller has started the year with career highs in scoring and rebounding. It is his rebounding rate, at 12.4 per game, that is exceptionally high. Prior to this season, Zeller had a career-high of 6.8 boards per game. Clearly, he won’t keep his current rebounding rate up. Moreover, Zeller has a long injury history. He has averaged only 48 games played in the last three years.

Whilst the Hornets have started the season surprisingly well at 3-3, I think their luck will run out as the season gets longer, and Zeller’s injuries will mount up.

Now is the time to get some upside by trading him for a player that will be more durable.

Covington is a great trade target early this season. He has had a minute’s restriction as he works his way back after knee issues last year. As a result, he has only played 24 minutes per game. I expect his playing time to increase as the weeks roll on, and his great defensive statistics to start to build his value.

On a per-game basis, Covington has been inside the top 30 in the past. The opportunity is there this season to play a large role in the Wolves offense as well. If you have a player like Bojan Bogdanovic that has started the season well and is playing close to their season value, it is worth trying to get Covington before his numbers start piling up!

Tucker’s early-season efficiency has been the main reason why his ranking has jumped so much. He is shooting over 50% from the field and three-point line. Tucker’s great shooting has led to a jump in points per game (13.6) that will not be sustainable for the season. Tucker has hovered around 40% from the field in the last six seasons. The law of averages tells us that Tucker should seen see a run of poor shooting performances. Sell high while you can!