Gameweek 1 Overreaction: 5 Things We Need To Calm Down About 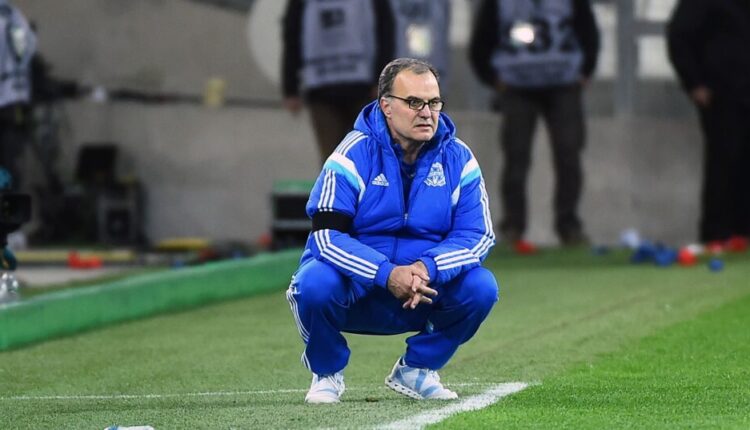 Gameweek 1 is in the books and we’re ready to announce the champions, relegated teams, golden boot winners, and massive let downs. Or so it seems. Remember people: there are THIRTY-SEVEN gameweeks left to go. We are just 2.63% into the new season. There are 250 days (at the time of writing) until it all ends. The transfer window hasn’t closed yet. In fact, 20% of the league hasn’t even played!

So let’s take a look at the 5 biggest things that people need to calm down about. It’s not that they are necessarily wrong (though I think they might be)…but it’s definitely too early to tell!

Remember when Norwich was the greatest promoted side ever last season? Well, Leeds haven’t just taken over that mantle, they might just be one of the greatest Premier League sides of all time, at least according to, well, EVERYONE (apparently they are people’s second teams now). Seriously, this team has been almost universally predicted to finish mid-table…based on what? One factor: Bielsa. They’ve replaced their best defender with an unknown German and added a so-so Spanish forward. It’s essentially the same squad that won the Championship with 93 points (an impressive feat, but one that has been equaled or bettered by Norwich City, Wolverhampton Wanderers, Newcastle United, Brighton & Hove Albion, Burnley twice, and Leicester City in the previous six seasons alone). I am a big fan of Bielsa, but I’m not sure anyone is as good as he is being made out to be. And Leeds need him to be if they are to live up to the ridiculously lofty heights that everyone is predicting of them. Quickly going back to the Norwich comparison: the Canaries also traveled to Anfield on the opening day of the season last year. They were also praised for their attacking and exciting brand of football, despite losing. Indeed, whilst they may have lost by a less-respectable 4-1 margin, by almost all worthwhile statistics they put up a much better fight than Bielsa’s men. Norwich were relegated, rock-bottom of the league, 13 points adrift of 19th place.

2. …But the other promoted sides are awful

Fellow promoted sides West Bromwich Albion and Fulham, by contrast, do not have the same optimistic outlook. In fact, after they each lost 3-0 at home on the opening weekend, they are apparently dead set for relegation back to the Championship*. Now, as a betting man, they would be 19th and 20th in the table for me. But they weren’t catastrophically bad. In fact, West Brom more than matched Leicester in the first half, and I didn’t think Fulham was too bad in the first 45 either. Both sides made key defensive mistakes, and Fulham never really looked like scoring, but let’s remember they were playing two decent teams. Let’s not write them both off just yet – Pereira and Kebano did show glimpses of why they were being rated in draft season.

*Distracting sidebar #1: Have the three promoted clubs ever combined to concede 10 or more goals on opening day before? Or each concedes at least 3? I checked the previous 10 seasons dating back to 2010/11, and could not find any incidence of either. Any definitive answers would be very much welcomed!

3. Spurs are doomed under Jose

Jose’s lost it. He’s had his time. He’s a dinosaur. He’s got to go. Maybe. But maybe if Pickford doesn’t make those two WORLD-CLASS saves against Alli and Doherty, Spurs go 2-0 up and cruise to the win. (Yes, that’s right – we love to criticize him, but those two saves were w-o-r-l-d c-l-a-s-s). Spurs looked exactly like they did last season in my opinion. A season in which they finished 6th. Now, you may rightfully argue this is not good enough, particularly if Arsenal improve and Wolves don’t capitulate down the stretch this season. But it’s not the disaster that some are making out. They don’t look worse than last year. And if Everton goes on to finish top 6 this season – which they could well do with the signings they’ve made and, more importantly, the manager they’ve got – this opening day loss again won’t look that bad.

I’m in the Graham Potter fan-club so I’m fully aware that a trip to the Amex is not an easy three points, so fair play to Lampard’s team for getting them. But did they look convincing? They lost the XG battle to Brighton, had less possession than Brighton, and took fewer shots than Brighton. They could have easily lost the game to Brighton. Going forward they may have an embarrassment of riches but on defense, they still have Christensen, Zouma, Alonso, and Kepa. Of course, you don’t always need a formidable back five like Liverpool have (Manchester City showed us that only two years ago), but you need more pieces than what Chelsea currently have. A fully fit Azpilicueta will help (though it would be preferable for Lampard if he was naturally left-sided). But hopes can’t be pinned on a 35-year-old Thiago Silva and a goalkeeper they’re hoping to sign from Rennes to solve the mess at the back. Oh, and probably the biggest hurdle: is Lampard even a good manager??

Now, before you start complaining: I was one of the first to jump on the Willian bandwagon during preseason. In fact, I like to think I was one of the guys steering the bandwagon. Or at least chucking coal into the back of it. And I remain on it now. But to some extent, he will live and die by how Arsenal perform as a team. And I’m not sure if I’m all in on Arsenal like some people are just yet. Arsenal fans may tell you how they have earned more points in 2020 than everyone bar Liverpool and the two Manchester clubs, but what they often don’t mention is the attacking numbers. They’ve scored 4 less than Chelsea, for instance, but perhaps most damning is the XG. From January 1st 2020 to the end of last season, their XG was just 24.95. This was 10th best in the league behind the likes of West Ham, Southampton, Wolves, and Everton. It was 11 behind Liverpool, 13 behind Chelsea, and a ridiculous 24 behind Manchester City. So you can’t really say that Willian is in an attacking team. And whilst he may have had three assists on Saturday, one was his own shot that was saved into the path of Lacazette and another was a corner. These aren’t going to be regular occurrences.