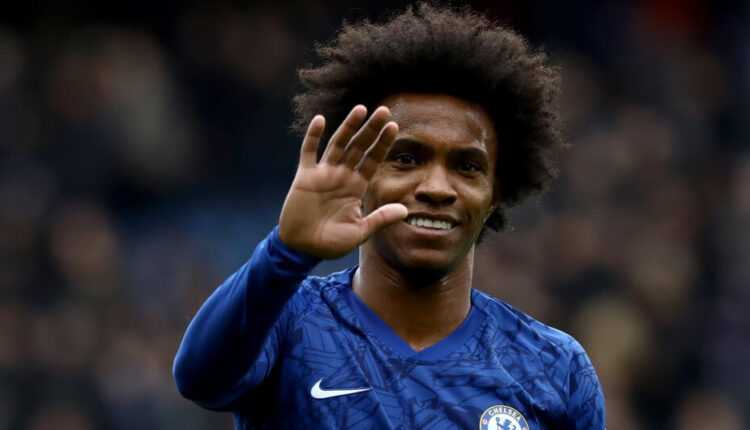 The Premier League signings are steadily rolling in, so our Summer Transfer Analysis will delve into the prospects of all the major transfers.  We use a five-star rating model to rank the new signings; use these hints and tips to help get your Draft Premier League season off to a flyer!

Read below for the potential impact these players could have on your Draft League.  It’s imperative that you know who the new signings are ahead of the upcoming drafts, and what kind of impact they could have on the Premier League!

We outline each Premier League new signing individually, providing our views on how they will perform this season and a star rating is given based on their upcoming prospects!

Position: Centre Back (Defender in Fantrax)

Signed From: AFC Bournemouth for £40.8m

Prospects: An interesting summer transfer signing by City here. They’ve basically paid a premium for Premier League experience (consider what Arsenal are apparently about to pay for Gabriel Magalhaes or Chelsea’s possible free transfer of Thiago Silva), though he does seem to suit the Guardiola style. It’s also an interesting one from a fantasy perspective. The ex-Bournemouth center-back had a PP90 of just 5.25 last season but this number was obviously dragged down by a defense that conceded a hell of a lot of goals and managed very few clean sheets – something that City should be much, much better at. Being a defender for a top side – particularly one that dominates possession – can sometimes be a negative in terms of a player’s fantasy value due to the reliance on clean sheets and a lack of “busy-ness” reducing the number of ghost points scored (see: Joe Gomez). It’s possible that the same will occur with Ake.

Position: Left Back (Defender in Fantrax)

Signed From: Olympiacos for £11.7m

Prospects: This signing has received a lot of love from the analytics community, but let’s stick to what’s important: fantasy value. Tsimikas will be back-up to Andrew Robertson, and he will stay that way unless the Scot gets a long-term injury. Tsimikas could score a hat-trick in a league cup game (where he’ll no doubt make most of his appearances) and he’ll still be riding the bench come Saturday. For what it’s worth, Tsimikas’s numbers from last year with Olympiacos do look very good: in 6 Champions League games he averaged 1.7 key passes per game, 2.2 crosses, 2.8 tackles won, and 3.5 clearances.

Verdict: Should you pick him up as a free agent if you notice he’s making one of his five (maximum) Premier League starts? Yes. Should you draft him? No.

Signed From: Southampton for £14.9m

Prospects: Tottenham and Southampton made a trade and I think we can all agree that Spurs came out top in this one. They’ve basically paid £2.9m for a very, very good midfielder (admittedly, wages will be higher and they lose one from the homegrown quota, but still). How about for Fantrax managers? Hojbjerg was a solid (but unspectacular) option in deep leagues last season, with an FP/G of 7.41 and a PP90 of 8.00. Minutes may come down this season (though you wouldn’t say anybody in that Spurs central midfield stands above him), but you have to think a lot of his points-scoring categories go up. That said…potentially controversial opinion: are Tottenham really going to be better than Southampton this season??

Verdict: A good example of how individual strategy can dictate preference on a player. If you’ve gone high-risk, high-reward in the early rounds, 8th (or even 7th) round may be the time for Hojbjerg. If, however, you’ve played it safe in the early rounds, then he may not be worth drafting at all.

Position: Right Back (Defender in Fantrax)

Signed From: Tottenham Hotspur for £12.0m

Prospects: Ignoring a -7 point performance against Manchester United in gameweek 35, KWP had a very nice end to the season with a PP90 of 13.0 and 4 double-digit returns in his final 6 games. The right-back struggled to break into the side when first arriving on loan from Tottenham, but now he should be the firm first choice when the new season kicks off. If Southampton can carry on from where they left off – a big task given the loss of Hojbjerg – they could surprise people, and players like KWP could become decent assets.

Verdict: The excellent Andrew Laird of Rotoworld has KWP at 191 on his pre-season ranks. I think this is far too low. He should be a decent DEF3 pick, and I’d take him in rounds 12-15, depending on your defensive need at the time. He should be above a number of players who currently have higher ADP’s on Fantrax (e.g. Lindelof, Dier, Fernandinho, van Aanholt).

Position: Centre Back (Defender in Fantrax)

Signed From: Real Valladolid for £10.8m

Prospects: The Ghanaian center-back has arrived for a decent fee, but given his age (just 21), and Hassenhuttl’s recent comments, we may not see him as a regular starter for a while. Southampton also has Stephens, Bednarek, and Vestergaard as options in that position, and all three showed their worth at various points post-restart. Whilst he had an unimpressive equivalent PP90 of 5.7 last season at Valladolid (thanks again to Drafterthoughts for the data), he was the club’s 5th best player according to WhoScored.

Verdict: Anyone with question marks over their starting spot should be viewed with extreme caution. Even more so when they are a newly arriving center back for Southampton. Not draft worthy.

Signed From: Chelsea on a free transfer

Prospects: Only 7 players scored more points than Willian last season, and during the restart, the new Arsenal man was even better – with just 5 players exceeding him. People seem to be forgetting just how good Willian is, particularly in the real world where so many are set on claiming Chelsea to have won the offseason given their transfer dealings, despite letting this man go to a rival for free. Will he find times tougher in the red of Arsenal? I don’t think so. Willian will be in the “untouchable Auba” category under Arteta, not the one fighting for scraps with Pepe, Laca, and co. He may be 32, but that didn’t stop him playing 674 minutes during the hectic restart period – more than Mane, Salah, Sterling, and every Chelsea outfielder bar Azpilicueta. Age won’t slow him down; at least not this season.

Verdict: I like Willian a lot, and his current ADP of 28.57 is bordering on an insult. It may not be a fashionable pick, but over the course of the season, I think he outscores the shiny new toy that is Hakim Ziyech – who currently has an ADP of 19.79. Second-round pick.

Signed From: Burnley on a free transfer

Prospects: About as favorable as Jack Grealish’s chances of ever making the England team with Gareth Southgate in charge (sorry, I’m writing this moments after the squad has been announced…what an absolute joke). Anyway, Hart remains “a name” but that’s about it. The more relevant question is: should you pick him up if Lloris gets injured or banned? Well, first of all, it’s debatable if he’s even 2nd choice goalkeeper, with Gazzaniga having done a decent job when required last season. If he is 2nd choice…then maybe. Tottenham do concede a lot of shots, which provides a lot of opportunity for save points…but also a lot of opportunity for conceding. I wouldn’t risk it.

Verdict: The only people drafting Joe Hart should be Joe Hart. And maybe his family. Maybe.

Signed From: AFC Bournemouth for £18.5m

Prospects: Ramsdale is currently the 14th highest goalkeeper in ADP (West Brom’s Sam Johnstone is 10th???), which feels like it’s based more on him as a former Bournemouth goalkeeper rather than him as the new man behind a strong Sheffield United defense. His FP/G last season was 5.82, which isn’t bad considering he conceded 62 goals. We should see more clean sheets, and his fantasy scoring improve, but it’s important to remember than it will be very difficult for this Sheffield United side to perform as well the second time around. Don’t expect Henderson 2.0.

Verdict: Ramsdale probably finishes the season in the top 10 scoring goalkeepers (Andrew Laird has him 6th), but as a strong proponent of the streaming strategy, I would not advise drafting him. Sheffield United play Wolves first up, and that isn’t generally a friendly fixture for goalkeepers.

Position: Left Back (Defender in Fantrax)

Signed From: Wigan Athletic for £1.9m

Prospects: Fulham’s first foray into the transfer market this summer is to sign a left-back, despite Joe Bryan – their hero of the playoffs, second-best player according to WhoScored, and 6th best defender in the Championship – also being a left-back. It’s a strange one. I won’t pretend to be massively clued up on Fulham, but I presume this is merely a backup purchase (any fans – or just more informed football enthusiasts! – please let me know). If so, then the Fantrax fantasy value is close to zero. Out of interest, Robinson performed very well (7.09 WhoScored rating, 2.2 tackles per game, 2.2 interceptions, 3 clearances, and 2.1 dribbles) for a Wigan Athletic side that was unjustly relegated last season.

Signed From: Burnley on a free transfer

Prospects: Another signing that looks likely to be aimed at creating squad depth and rotation, as opposed to significantly improving the first team. Moving from Burnley to Newcastle actually makes things easier from a fantasy perspective as the two clubs played a similar brand of football last season (they ranked 19th and 20th for possession, respectively), and therefore we don’t necessarily have to project Hendrick’s ability to integrate into a new system. The midfielder actually played in a lot of games for Burnley over the last 4 seasons (122, with 107 starts), and despite Newcastle probably being a step down – or at least, a step sideways – you would think game-time would be more of an issue here.