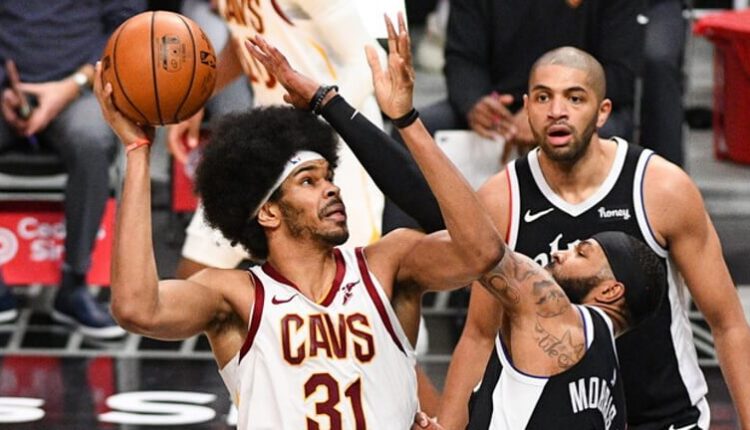 Another week of basketball, another week of chaos. With both the Spurs and Hornets shut down due to COVID-19 concerns, the fantasy basketball landscape has been shaken up once more. The already difficult task of finding enough impact players to not only fill a lineup but also win with said lineup, has become just a little bit tougher.

However, with an uptick of injuries to upper-echelon players in the last few days, and other players being shut down in the name of player development, there are plenty of guys who will receive extra opportunities to prove themselves on the court. So let’s examine some of these situations to determine which players are trending up in light of all the recent news.

The all-star big man will be re-evaluated in 2-3 weeks after leaving Sunday’s game early with a calf injury. The Lakers are in no danger of missing the playoffs, so they will likely play it extremely safe with Davis. Unfortunately, this is a huge loss for fantasy teams, as the Brow was a top 5 overall pick in nearly all leagues this season. F LeBron James will have the ball in his hands even more per game, but he certainly isn’t the big winner from Davis being forced to miss action.

The talented fourth-year player out of Utah will slide into the starting lineup for the foreseeable future with Davis out, getting a nice bump in playing time and opportunity. Kuzma has been hot of late, averaging 15 points and 7.7 rebounds in the last two weeks, and he should continue trending in the right direction in the near future.

The first-year Laker could also see a nice boost over the next few weeks, as he is now the only true big man in the rotation, aside from 36-year-old Marc Gasol. In each of the previous two games Davis missed, Harrell topped 20 points and 30 minutes, feats he had previously accomplished just twice and once this season, respectively.

Currently sitting in dead last in the Eastern Conference at 8-19, the Pistons are finally making the decision (long overdue, in my opinion) to focus on the development of their youngsters. What this means is that Griffin will no longer be a part of Detroit’s rotation moving forward, as they look to trade the former all-star. Griffin was having a pretty bad season to date, averaging just 12.3 points per game on a hideous 36.5% from the field, so his absence will be far from detrimental to fantasy teams. What it does do, however, is provide some extremely talented rookies with a chance to play some major minutes the rest of the way.

The rookie out of Villanova should be the one to replace Griffin in the starting lineup, and he should have an immediate impact for fantasy teams. As Michael Tomlinson wrote in a section about Bey yesterday, he’s been playing terrific ball in his last four games, and there is no reason to believe this won’t continue now. His arrow is trending up the rest of the season.

The other talented rookie big man on the Pistons, Stewart should also see a rise in minutes moving forward. Thanks to Griffin being taken out of the rotation as part of the youth movement in Detroit, we should get to see plenty more of the energetic big man who has 36-minute averages of 10.9 points, 10.7 rebounds, 1 steal, and 1.9 blocks. Playing a career-high 31 minutes on Thursday, Stewart scored 17 points to go with 7 boards, an assist, 2 steals, and a block, shooting 8-for-9 from the floor. Considered more of a dynasty option in fantasy, he is beginning to trend up quickly in redraft formats as well. Along with budding star Jerami Grant, this will be an exciting frontcourt to watch the rest of the year.

Similar to the Blake Griffin situation, the Cavaliers have decided that Jarrett Allen is their center of the future, and have therefore elected to sit Drummond until they are able to trade him. Currently the league’s second-leading rebounder at 13.5 per game to go with 17.5 points, 2.6 assists, 1.6 steals, and 1.2 blocks, his absence will certainly hurt fantasy teams until he is able to find a new home. That said, a move to a fantasy-friendly new environment such as Boston, Brooklyn, or Toronto could end up being a positive in the long run.

Now dubbed as the center of the future for Cleveland, Allen is trending up, finally getting the chance to become a top center in the league. He has shown more than enough flashes of brilliance on both ends of the floor to instill the belief that he can be a top big in the league, and now the consistency of 30-plus minutes a night should help him get there. With Larry Nance Jr. still hurt and recovering from finger surgery, and Kevin Love also yet to return, JaVale McGee is the team’s only other big, meaning Allen should see as many minutes as he can handle. The ‘Fro will be a fantasy basketball monster from here on out.

The third-year center is expected to miss 4-6 weeks after undergoing surgery to repair the fractured right hand he suffered in Friday night’s game. While never showing to be a prolific scorer, Robinson had pulled down double-digit rebounds in three of his last five games, having only achieved this feat six times in his first 22 games of the year. It’s a tough loss for a young Knicks team that finds itself surprisingly squarely in the playoff picture, just a game below .500.

With Robinson out until after the All-Star break, Nerlens Noel will be the primary beneficiary, now likely to see 30+ minutes per game. While highly unlikely to put up an abundance of points, Noel will be a strong contributor with defensive stats, owning per 36-minute averages of 10 rebounds, 1.8 steals, and 3.9 blocks. Coach Thibodeau likes to keep his rotations tight and give his starters heavy minutes, so Noel should see more minutes over this stretch than he has since his time in Philly five years ago.

Exactly two weeks ago, I wrote an edition of this article in which I discussed Aaron Gordon’s injury and the impact it would have on G Cole Anthony and some other players on Orlando. Since then, Anthony and seemingly everyone else on the team has gotten hurt in some way, shape, or form.

Anthony fractured a rib, which will keep him out until some time after the all-star break. G/F Evan Fournier has missed the last five games due to lower back spasms and remains day-to-day. Back injuries are tricky, so he could be back in a day, or he could be out another few weeks. Even G/F James Ennis, who was a key replacement for the players named above, is now out with a groin injury.

With so many banged-up bodies, Ross is trending up as the team’s secondary scorer behind Nikola Vucevic. Despite an inefficient 37.5% mark from the floor, the nine-year veteran is averaging 20.8 points, 5.3 rebounds, 3.3 assists, and 2.8 threes per game in his last four games. Ross has always shown capable of being a volume scorer when needed, and it is certainly needed over the next bunch of games.

The fourth-year guard out of Florida State does very little on the court other than score, but that still counts for something. Being given 35 minutes per game in his last four, Bacon has scored 15.3 points with two threes per game, giving him some value while so many players remain out. He’ll likely lose all value when any of the injured guys mentioned above return, but for now, he’s essentially a lock for double-digit scoring and a couple of threes.

It seems like there is a small portion of every season in which the former rookie of the year trends just high enough to become fantasy relevant for a stretch of time. It appears that time is now. With Fultz hurt, Anthony hurt, and even Frank Mason hurt and then almost immediately waived, Carter-Williams returned from a foot injury Friday and found himself thrust into the starting point guard slot. MCW has delivered with averages of 17.5 points, 4.5 rebounds, and 5.5 assists per game, and he should be able to put up some nice stat lines as long as he remains the only healthy point guard on the roster.

For more help adding to your fantasy basketball squad, head on over to our Fantasy Basketball Waiver Wire.