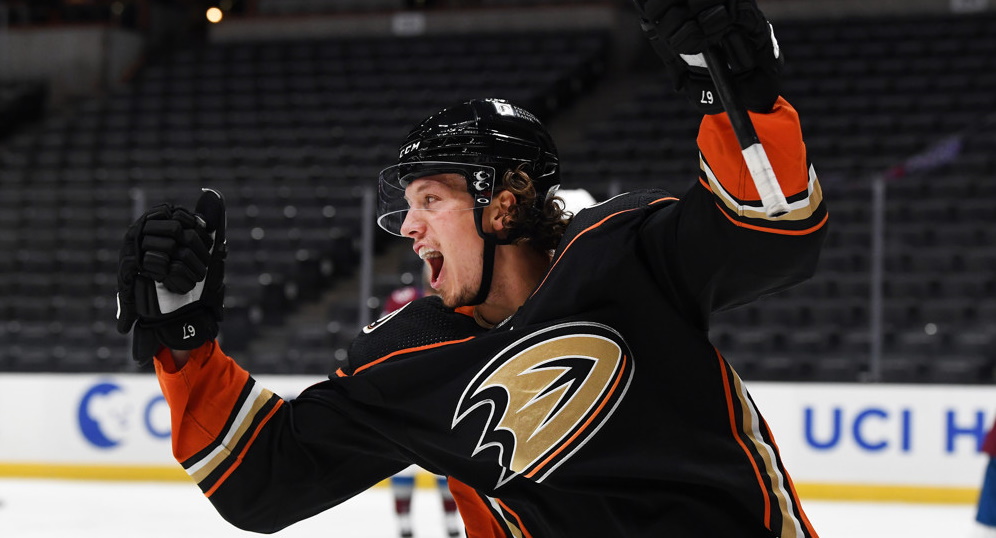 The first month of the NHL season is in the books, and hopefully, some timely waiver wire claims have helped your team climb the standings. We have a few rookies this week off to hot starts, among others to be found on your fantasy hockey waiver wire.

C/LW/RW Rickard Rakell, ANA (52% Ownership): Rakell started off slow, registering just three points in his first 11 games. He has since begun to get back on track, netting four assists in his last five games. It’s unlikely we see him return to being a nearly 70-point player this year. However, scoring at around a half point per game — or slightly above — isn’t out of his reach.

C/RW Cody Glass, VGK (50%): There were some thoughts going into the season that Glass would play in the top six, making him an intriguing draft selection. He hasn’t been used there, but he’s finding success on the third line. He has seven points in 10 appearances, including three on the power play. He’s averaging 2:11 on the man advantage, including time on the top unit. Best to take a chance on him now before others discover his deployment.

C Jean-Gabriel Pageau, NYI (43%): Pageau has ramped up his scoring as of late, notching five goals in four games. He’s up to 10 points in 15 contests while being a force at both ends of the ice. He has 22 hits, 17 blocks, a short-handed goal, and a pair of game-winners. He’ll also help in the faceoff dot, winning 58% of his draws. His first full season with the Islanders is off to a nice start, and he’s proving he will continue to be a reliable source of secondary scoring.

LW/RW Nino Niederreiter, CAR (42%): Niederreiter has been moved around the Hurricanes lineup, most recently playing with Vincent Trochek and Martin Necas. No matter where he’s played, he’s finding the back of the net. Through 13 games he has seven goals and an assist. He plays with an edge, laying out 20 hits and collecting 13 PIM.

LW Jason Robertson, DAL (25%): The 21-year-old started the season being held off the scoresheet in his first three games, but has followed that up with five points in four contests. He’s playing on the Stars second line with Roope Hintz, who is scoring at a point per game rate. Robertson also sees time on the team’s second power-play unit, putting him in a position to succeed in his first full NHL season.

C Jaret Anderson-Dolan, LAK (12%): Like Robertson, Anderson-Dolan was selected in the second round of the 2017 draft (just two selections later). Anderson-Dolan made his NHL debut just five games ago, but he’s off to a hot start. Three goals and two assists in those five games, along with 11 hits. He’s only taken five shots on net, so that shooting percentage of 60% is going to come down. Playing on the third line and recently added to the second power-play unit, he’s a good player to snag off the waiver wire, especially in deeper leagues.

LW/RW Brock McGinn, CAR (10%): McGinn finds himself on the Hurricanes top line alongside Sebastian Aho, and he’s producing as a result. He has nine points in 13 outings, capped off by a four-point performance against the Blue Jackets on Monday. Carolina has plenty of talent throughout their roster, but if he can hold on to that spot on the top line, he should be able to surpass his career-high 30 points.

D Alec Martinez, VGK (57%): With eight assists in 14 games, Martinez is tied for 25th in defensemen scoring. He has three points from the power play, along with a plus-9 rating and 17 hits. He has 50 blocks, tying him for first in the league. He’s a solid secondary scoring defender that can help out with peripherals.

D Nicolas Beaudin, CHI (19%): With just one point in his first six games, Beaudin wasn’t moving the needle. However, four points in his last three games is noteworthy. The blueliner is up to five points in nine outings, with a plus-4 rating, six hits, and 11 blocks. What makes him even more worthwhile is his usage on Chicago’s top power-play unit. He only has one point generated from the man advantage so far, but that should change in a hurry the longer he keeps that spot.

G Mike Smith, EDM (56%): After starting the season on injured reserve, Smith is back between the pipes. He started out strong with a pair of wins, including a 38-save shutout over Montreal. He had a rougher time against Winnipeg, allowing four goals on 11 shots. Despite that, he still has an impressive 2.11 GAA and .935 save percentage. He should be considered as part of a tandem with Mikko Koskinen. However, Koskinen hasn’t been spectacular for Edmonton, posting a 3.43 GAA and .894 save percentage. It’s quite possible Smith is able to take a few more starts away than initially expected.

Did you find this week’s fantasy hockey waiver wire useful? If so you’ll probably also want to check out this week’s goalie streams, as well as our rest of season rankings for goalies and defensemen.