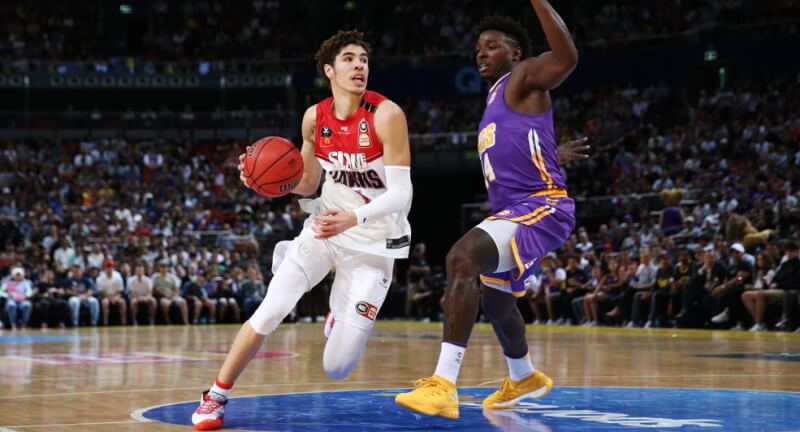 Like most things in the world today, the NBA season is just a little bit off. Instead of All-Star weekend taking place in mid-February, as it usually does, we’re still a couple of weeks away from the March 7 festivities. Though it’s not technically the mid-point of the season just yet, I think we’re close enough for us to reasonably claim it as such. So, “halfway” through the 2020-21 slate of games, an NBA rookie review is in order.

Though it was unclear where exactly the youngest Ball brother would go in the draft before Charlotte snatched LaMelo at third overall, he has clearly become the frontrunner for this year’s Rookie of the Year honor. With the third-most minutes among first-year players, Ball leads his entire class in the three main statistical categories, posting a 14.6/6.2/6.1 stat line in just under 28 minutes a night. What has been impressive is that until recently the majority of the numbers have come off the bench. In eight games as the starting point guard, Ball is scoring just under 21 points per game in nearly 35 minutes and has become a more efficient scorer in his new role. From the bench, he was making 43% of his shots and 29% from beyond the arc, compared to his 44% and 45% marks as a starter.

Ball’s numbers and highlight-reel playmaking ability have not just landed him a consistent spot on SportsCenter’s Instagram page, but nearly a top-30 ranking on Fantrax in standard-scoring formats. He’s ranked exactly 31, ahead of the likes of Pascal Siakam, Jayson Tatum, and Kevin Durant, and is averaging 34.22 fantasy points a game. I would like to see him turn the ball over less as his 75 on the year are more than anyone else in his class, but his NBA rookie leading 43 steals make it easier to forgive the 19-year-old.

Ball has done what he can to show the Timberwolves and the Warriors that they were wrong to let him slide down to the Hornets in the draft, and he provides high-end fantasy value in all formats.

Haliburton may just have been the steal of the 2020 draft at No. 12 overall, though Knicks fans will be quick to defend their draft-day deal for Immanuel Quickley. Haliburton has been nothing short of a stud as De’Aaron Fox’s backup (and in two spot starts). He’s third in points among rookies, trailing only Ball and Anthony Edwards at 12.5, and only has Ball ahead of him in assists per game (5.3).

His impact is magnified by his incredible efficiency. Haliburton is making more than half (50.4%) of his shots from the floor on under 10 attempts per game. He makes 2.3 3-points per game, good enough for a 45.2% mark — the second-highest among rookies to attempt at least 50 3s this season. He’s been so efficient in fact, that when he is the lone point guard on the floor (among a mix of starters and second-teamers) the Kings are plus 24.1 points per 100 possessions. For comparison, when he and Fox share the floor — comprising the largest chunk of Sacramento’s minutes — they are plus 16 per 100.

Haliburton’s efficiency and overall impact landed him ahead of Edwards on this list, and his 75 (28.29 FP/G) ranking in standard Fantrax formats backs that up. He’s an efficient scorer from all parts of the floor (an 82.4% FT shooter), is a valuable playmaker, and is a plus defender. The Kings got themselves a good one and it will be interesting to see how he develops playing behind the face of their franchise.

Though hindsight may make the Timberwolves want to reconsider their use of the No. 1 overall pick, Edwards has been no slouch. He’s second in his class in scoring, trailing Ball by a third of a point per game (14.3). It has, however, taken him the most shots among rookies to reach that point, giving him rookie year marks of 38.6% from the floor and 31.6% from 3-point range. His poor efficiency has brought his PER to below league average at 10.6 and dropped his cat-8/cat-9 value. However, he still provides top-100 value in standard-scoring formats.

Owned in 92% of Fantrax leagues, Edwards sits at 97 among current rankings with a 23.44 FP/G average. While there is room for improvement as a pure shooter and as a play-maker (2.2 APG), Edwards gets to the line considerably well and converts 80% of his attempts. It’s promising to see his numbers improve as a starter, especially with the Timberwolves amidst a rebuild. His points per game jumps up by three in over seven more minutes of play, his offensive rating gets a boost from 88 to 107 and he makes 8% more of his shot attempts.

It would be unfair to claim Edwards as an NBA rookie bust because he’s not. While he may not be as enticing of a cat-8/cat-9 option, he’s shown he can score the ball in multiple ways. Consistency and playmaking will (hopefully) be next in his development.

For more help adding to your fantasy basketball squad, head on over to our Fantasy Basketball Waiver Wire.