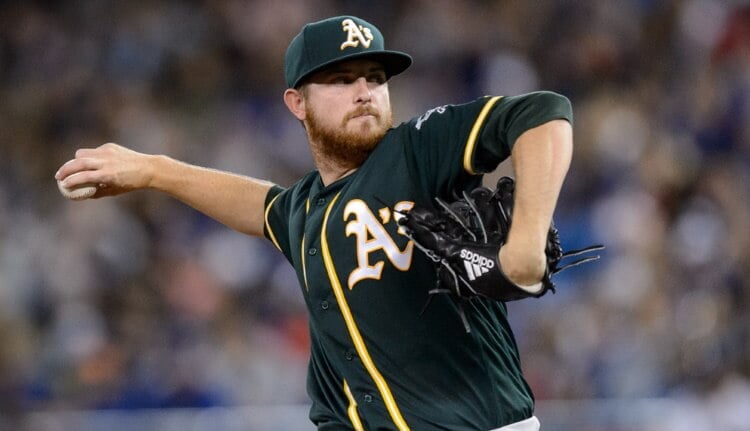 Welcome to another week of dynasty and prospect talk. Today we will look at two Major League hitters and pitchers rostered in less than 50 percent of Fantrax leagues that should be added in dynasty Fantasy Baseball leagues. With several post-hype breakouts and a former prospect who just made his Major League debut, this dynasty Fantasy Baseball waiver wire report will be highly useful when looking for players you can add that can contribute to your team this season. Let’s dive in on the players!

Rostered in 49% of Fantrax Leagues 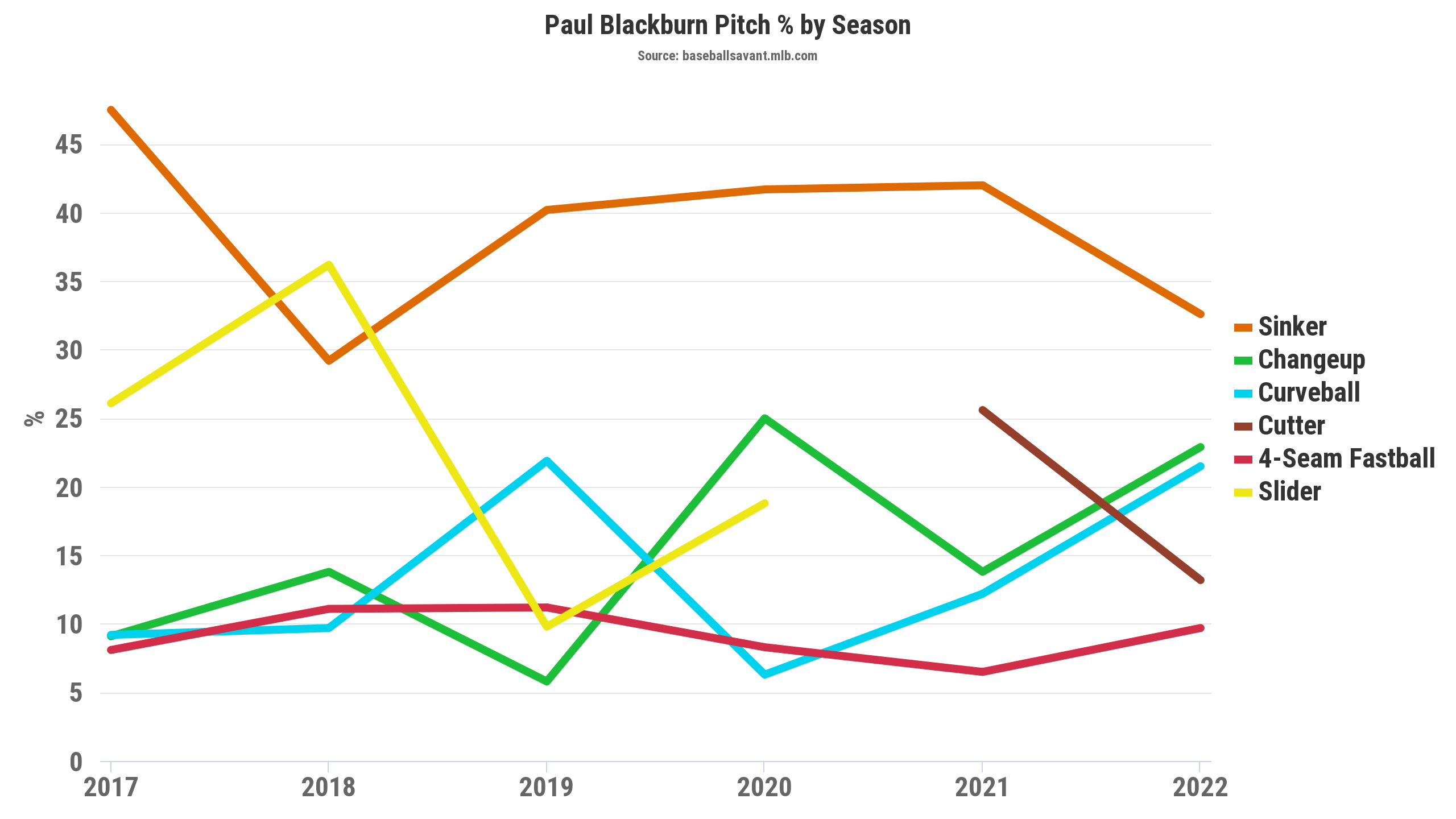 Blackburn has reworked his sinker that allowed a .354 batting average against last season and is throwing it less. That pitch allowed a .615 slugging percentage in 2021, and he threw it 42 percent of the time. This year, he has reworked it and created a better shape to the pitch, and even added a touch of velocity. Blackburn has also cut the usage rate to 32 percent in two starts. Check out the video below to see the difference in the pitch from this year and last.

Digging into Paul Blackburn and I'm intrigued. He has cut his sinker & cutter usage 10% each in favor of a change and curve. His sinker however has been much more effective thanks to better shape, increased velo, and better location. Here's the difference ⬇️#DrumTogether pic.twitter.com/1soOwI3ni6

Blackburn has increased his curveball usage by nearly ten percentage points from 2021. He is getting five inches more of horizontal movement. Currently, his curve has a whiff rate of 42.9 percent. In addition, Blackburn upped his changeup usage from 13.8 percent last season to 22.9 percent in 2022. It was a solid pitch last season and has continued to improve in 2022.

This is not to say Blackburn will be a high-end starting pitcher, but in deeper dynasty leagues, you could do a lot worse than Blackburn, who is available in over 50 percent of Fantrax leagues.

Add in: 12-team leagues or deeper.

Rostered in 35% of Fantrax Leagues

As Joe Maddon promised, Taylor Ward would hit in the middle of the lineup and play every day upon his return from injury. That is precisely the case as Ward returned on April 16. Since then, He has hit fourth, third, and second three times in the lineup. He came out of the gates, hit a home run, and stole a base in his first game. Ward has collected multiple hits since and has a .333 batting average.

It may be a small sample, but if Maddon is serious about Ward hitting in the middle of the batting order every day, Ward could be in for a big season. The hype caught up in redraft leagues, as I saw Ward go for 15 percent of FAAB budget in some leagues, but dynasty has not quite caught up. Ward is available in 65 percent of Fantrax leagues, meaning you should go out and get him now and see where it takes you. Worst case, if Ward struggles and does not keep a spot, you can cut him later.

Add in: 12-team leagues or deeper.

Rostered in 31% of Fantrax Leagues

Bryce Elder has made an impressive ascent up the Braves farm system since being drafted in the fifth round of the 2020 MLB Draft. Elder began the 2021 season in High-A for his professional debut before making his way to Double and Triple-A. For 2021, he posted a 2.75 ERA with 155 strikeouts in 137.2 innings pitched.

Elder was called up and has made two starts with Atlanta this season. He has pitched ten innings and has a 4.50 ERA, a 1.40 WHIP, and seven strikeouts to five walks. On the surface, Elder has not been impressive. But watching his starts, he was good in his debut against the Nationals. Against the Padres, Elder fell victim to a couple of bloop hits that allowed the Padres to score twice. Even though Elder did not have his best stuff (5 walks), he minimized the damage and allowed just two runs.

Elder has not blown anyone away, but he is undoubtedly capable of sticking in the Braves rotation. His slider has a 46.2 percent whiff rate, and his changeup whiff rate is 36 percent. He mixes those two pitches with a cutter that he throws to left-handed batters and a sinker that he mixes against both righties and lefties.

Elder will not be an ace, but he is worth a pick-up in 15-team or deeper dynasty leagues.

Add in: 15-team leagues or deeper.

Rostered in 15% of Fantrax Leagues

Zack Collins was once a highly-touted prospect after being selected in the first round of the 2016 MLB Draft by the Chicago White Sox. Collins showed consistent power at the Minor League levels but has never been able to put it together in the Majors. The White Sox traded Collins to Toronto earlier this year, and once Danny Jansen got hurt, playing time opened up. Collings played four straight games before having a rest day yesterday.

Collins currently has a .400/.429/.800 slash line with two home runs. Getting everyday playing time is likely for a short period, but if Collins continues to hit for power, he will find at-bats in an excellent Blue Jays lineup. This is a pickup where you ride the hot streak, especially if you are in a rough situation at catcher. Collins is unlikely to continue to hit for a high batting average, but the power will be there.

Add in: 15-team leagues or deeper.

Check out all our other great Fantasy Baseball content at FantraxHQ.