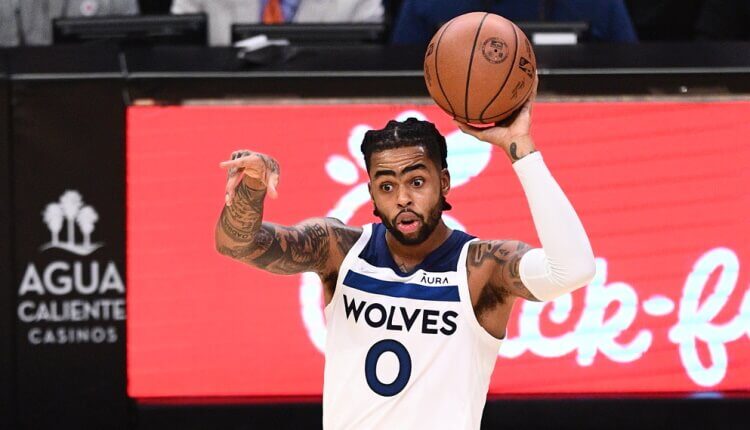 Are you serious? Two buzzer beaters and two away team upsets…already? Gotta love playoff basketball. As fun as this has been to watch, it feels as though I’m always calling one of the games on the slate completely incorrectly, which is helping us cash, but putting the big money out of reach. Let’s see if we can correct that tonight.

Offensive Rating: 3rd vs. 7th in the league

Defensive Rating: 6th vs. 13th in the league

Net Rating: 5th vs. 9th in the league

Predicted Outcome: This has been an unpredictable series. I veered away from the statistics last game, and said the Timberwolves had some “magic” on their side. Serves me right, as the Grizzlies who are and have been the statistically better team, gave them a beatdown in Game 2. I’ll stick with match for Game 3. Even if the Wolves are at home. Grizzlies win.

DFS Targets: On Memphis, I trust Ja and one of Bane or Brooks. The team’s usage isn’t as spread out as you’d think for a team of this caliber. For the Wolves, I’ll stay away from KAT, as he’s too expensive for the potential foul trouble/timid play that avoiding foul trouble may bring. Ant looked like a 20-year-old kid last game, but that’s been the outlier for him. He plays with aggression and confidence, and I expect a bounce-back game from him. I love him at $8200. I’ve kept Russell out of all of my lineups for the past two matchups, but he’ll make his way in some now. I won’t be fooled again. He can have a volatile role, but when KAT or Ant fails to get going, he steps up. Pat Bev is great value at $5200, and so is Malik Beasley at $4400. If you’re doing a stars and scrubs style lineup, Jaden McDaniels should be in there at $3600.

Offensive Rating: 14th vs. 1st in the league

Defensive Rating: 7th vs. 12th in the league

Net Rating: 7th vs. 3rd in the league

Predicted Outcome: Jalen Brunson dropping a 40-burger was not on my DFS bingo. I knew he’d have the usage, but I didn’t know he had that in him. Rumors are that Luka will be playing in this game, but I’m not so sure after his comments that said he would play, so long as he couldn’t make the injury worse (which he could). That said, whether or not Luka plays, the Jazz are the better team. I expect them to get the game back that the Mavs “stole” from them, even though they were at home.

DFS Targets: On the Mavs, I like Brunson, Dinwiddie, DFS, and Bullock. Powell is a fade for me, and I expect Kleber to get similar minutes in Game 3, but don’t expect the three-point barrage we were blessed with in Game 2. Luka is a fade for me, whether he plays or not. He plays at an incredibly slow pace, and won’t be 100%. On the Jazz, you can roll with the usual suspects: Mitchell, Gobert, Bogdanovic, and Clarkson.

Offensive Rating: 17th vs. 8th in the league

Defensive Rating: 2nd vs. 16th in the league

Predicted Outcome: I’m going to go ahead and copy and paste my Game 1 and Game 2 prediction: Steph is playing, and that makes the Warriors the better team. Jokic is undeniable, but he can’t do it himself. Not in the playoffs, at least. This one is cut and dry for me.

DFS Targets: On the Nuggets, I’m fading everybody. I watched Jokic look lost and frustrated against the Dubs in Game 2. They were passing the ball around and his head was spinning. He didn’t know who to cover, and that frustration shifted over to his offense as well. He ended up getting ejected. The Warriors defense is too good to trust anybody else on the Nuggets. Especially shooters. Avoid. On the Warriors, I still think I should fade Steph, considering he’s not getting his regular minutes, despite his great game in Game 2. Poole and Klay are going to be dominant on the perimeter. Draymond Green is great value at $6700, without taking 10 shots, which is a tremendous asset (because he doesn’t cannibalize others’ fantasy upside). Wiggins also remains too cheap at $5900. Bjelica is you’re bargain-basement target of the game at $3700, averaging 15.5 minutes per game in the playoffs (with about 16 fantasy points).