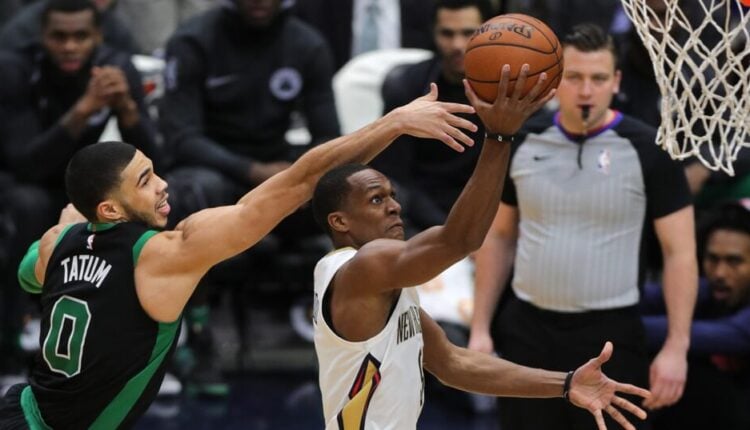 Turkey Day has come and gone. Your belly has been full, but now it’s time to fill your pockets! Fantrax wants to help you win a bit of money, so we will be giving you NBA Player Prop Bets every week. We’ll shy away from keying in on any particular sportsbook, as we know odds vary, and so do props. We’ll focus on our projections, and allow you to find your best odds. Let’s get into our props.

Jayson Tatum is having an MVP-caliber season. I doubt he’ll win it, because there are so many other great players that are putting up crazy numbers, but Tatum needs to be given his flowers, too. He’s in position for a great matchup, as the Celtics take on the Kings tonight. The Kings are 28th in the league in adjusted defensive rating, and they’re also 5th in the league in pace. That means the Celtics will score at will, and will have a lot of possessions to do so. Jayson Tatum will be the centerpiece of almost every play. I’d be willing to take this bet all the way up to OVER 40 P+R+A.

Ben Simmons isn’t exactly back to full strength, but believe me, he’s getting there. He exorcized some past demons after going into Philly and dropping 11/11/7/3/3, while being booed the entire way. He didn’t exactly play lockdown defense, despite the blocks and steals, but he’s looking more confident with each passing day. On offense and defense. In a matchup vs. the Pacers, they’ll face a 23rd-ranked defense and a top-10 pace. Ben Simmons will have plenty of opportunities to grab boards, facility, and get transition buckets. Bet accordingly!

When LeBron was lobbying for Anthony Davis to get traded to the Lakers, he envisioned a do-it-all big, that was capable of leading the franchise after LeBron retired, and carrying the load when he missed time. They’ve already won a championship, so it was all worth it, but he hasn’t been able to fight off the injury bug and shoulder the load. These last few games, AD has been sensational. with at least 30 points and at least 15 boards in each of the last three. It’s a beautiful thing to watch. Going up against the taking Spurs should yield similar results. I wouldn’t bet much over 40 PRA though, as I think it’s more prudent to expect a reversion to the mean.