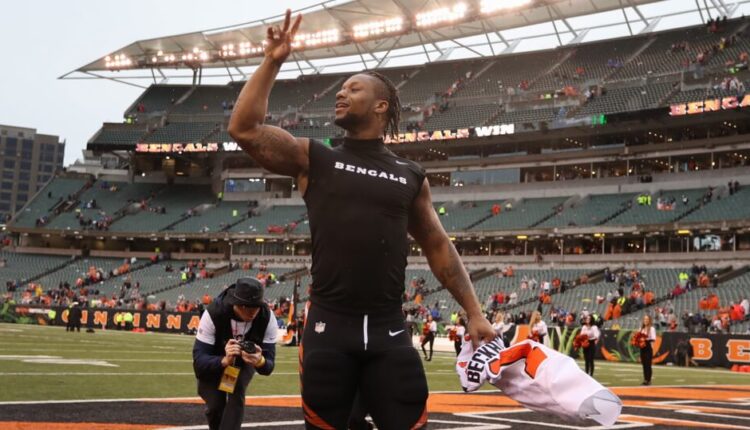 Since it is Thanksgiving week, let’s start with some positive news, shall we? All 32 NFL teams will be active in Week 12. We have not had such a week since way back in Week 5. That means that you should have plenty of Flex options on your roster to choose from. And with the fantasy football playoffs on the horizon, having more players to choose from is a good problem to have. Still, injuries are always a hurdle that fantasy managers must navigate, as are matchups. Below you will see my current Week 12 Flex rankings, which include well over 300 players. This should assist you in making those difficult start/sit decisions.

With three games on tap for Thanksgiving Day, I would be remiss if I did not make the following disclaimer. Whenever possible, I try to avoid putting players whose games are on Thursday in my Flex spot. Every week we see the value of many players change between Thursday and Sunday due to a variety of factors. For example, last Thursday I ranked Gus Edwards ahead of Ezekiel Elliott. If Elliott had played on Thursday, you may have been inclined to put Edwards in your RB2 spot and Elliott in the Flex position. Of course, as we know now, Edwards was ruled out before Sunday’s game. In that scenario, you would have been forced to start a subpar running back in your RB2 spot. Had you put Elliott in your RB2 spot in this hypothetical scenario, you would give yourself more options to replace Edwards as a Flex.

The results of Thursday’s games may also impact how you attack Sunday’s slate. I have one league where I have no players going on Thursday, whereas my opponent has three. If his three players go ballistic on Thursday, I may have to swing for the fences a bit more. However, if the players he starts on Thursday underperform, I might want to play things closer to the vest. I would not alter my strategy too much based on Thursday’s results, but it is another wrinkle that fantasy managers may want to consider. Now that all of that good stuff is out of the way, let’s get to the Week 12 Flex rankings! As always, these are based on half-PPR scoring, so adjust to your league settings as needed. Happy Thanksgiving and best of luck this week!

Admittedly, I am probably being overly optimistic about Joe Mixon suiting up in Week 12. Mixon is still currently in the league’s concussion protocol. That makes him a dicey bet to play this week. If Mixon should miss this game, Samaje Perine would fill in. Perine took over for Mixon after his concussion last week, and all he did was catch three touchdown passes from Joe Burrow. I would consider that performance an anomaly, and I would not go chasing last week’s points with Perine if he gets the start. The matchup versus Tennessee is a brutal one for running backs. They have allowed the second-fewest rushing yards to opposing running backs, and no team has given up fewer touchdowns to the position. Perine could be a volume play depending on your other options, but I would not dub him a preferred Week 12 Flex play.

Raheem Mostert missed Monday’s practice, which seemed odd considering that the Dolphins were coming off a Week 10 bye. Now that we have reached the middle of the week and Mostert has still not practiced, we can only assume his troublesome knee may be more problematic than we would hope. That could be good news for Jeff Wilson, who has immediately produced for Miami since being acquired at the NFL trade deadline. Wilson has been a top-10 fantasy back in each of his two games as a Dolphin. He has a chance to keep that streak intact against the Houston Texans in Week 12. No team has allowed more fantasy points, rushing yards, or rushing touchdowns to the running back position than the Texans. I would start Wilson with confidence as a Week 12 Flex, particularly if Mostert is inactive or limited on Sunday.

I recently mentioned that Leonard Fournette and Najee Harris were on the verge of potentially being usurped by their backups. That seems to at least still be the case in Tampa, where Fournette is very much in danger of being Pipped by Rachaad White. We may have already seen that change begin to take hold. After totaling just 117 rushing yards through nine weeks, White ran for a career-best 105 in Week 10. Fournette, meanwhile, ran for just 57 yards while dealing with a hip pointer. Head coach Todd Bowles has indicated that he will ride the hot hand at running back this week. I currently have Fournette ahead of White, but that may very well change depending on Fournette’s status. If Fournette is out, White will have massive upside in a great matchup. Only the Texans allow more fantasy points to opposing running backs than the Cleveland Browns.

Harris, on the other hand, appears to have bought himself some time as Pittsburgh’s lead back. Harris has had at least 20 carries and 90 yards in back-to-back outings. Last week, he ran for two scores, which was more than he had accumulated through the first nine games. Perhaps more importantly, Warren left the game prematurely with a hamstring injury. His status for Week 12 is in doubt, but Harris now seems to have a firm grip on this backfield. I still do not have the expectations for Harris that I did back in the summer, but the workload itself should be significant. His Week 12 matchup is fairly neutral against the Indianapolis Colts. Harris projects as a low-end RB2 who will likely have to score to warrant that ranking. The Colts have allowed just five touchdowns and permit just 3.77 yards per carry.

Like his teammate Joe Mixon, Ja’Marr Chase is a question mark for Week 12. Chase has been sidelined since Week 7 due to a hip injury. I generally do not make a habit of starting players coming off a lengthy layoff. However, these are not normal circumstances. Ja’Marr Chase has talent and upside that are virtually unmatched in the NFL. He was the overall WR1 in Weeks 6 and 7 and was the WR4 on the year before getting injured. Chase would also benefit from an ideal Week 12 matchup against the Tennessee Titans. The Titans allow the third-most fantasy points to opposing wideouts on the year, and none of their cornerbacks are particularly imposing. I would much rather start Chase this week and have him disappoint than watch him blow up on my bench.

Juju Smith-Schuster is another popular wide receiver who is hoping to return from injury this week. Smith-Schuster missed last week’s game because of a concussion, but he was a full participant in Wednesday’s practice. That suggests he should be on the field when the Kansas City Chiefs host the visiting Los Angeles Rams. With Kadarius Toney yet to practice, Smith-Schuster would likely resume his spot atop the Chiefs’ pecking order should he return. Patrick Mahomes has targeted Smith-Schuster at least eight times in six of nine contests. Assuming no health setbacks as the week rolls on, Juju has a solid floor-ceiling combination that fantasy managers covet. He lines up all over the formation, so he should be able to avoid Jalen Ramsey enough to warrant a healthy number of targets once again this week.

I currently have Cardinals wide receiver Rondale Moore right on the precipice of Flex territory. He sits as my WR38 for the moment. But this is another situation that fantasy managers will need to monitor over the coming days. Moore left Monday night’s game with a groin injury. Arizona is playing on a shortened week and also has a Week 13 bye. They may decide that discretion is the better part of valor and rest Moore through the bye. Marquise Brown is nearing a return from injured reserve, but Arizona has not decided on his Week 12 status either. Brown averaged nearly 11 targets per game over the season’s first six games. However, that was while DeAndre Hopkins was serving his suspension. Hopkins is likely the only Cardinals wideout I would want to start this week if I could help it.

Volume is king in fantasy football, and that is especially true at the tight end position. Few and far between are the tight ends that have consistent volume. That means the ones who do are elevated into must-start status. Such is the case with Pat Freiermuth, who is likely to garner every week TE1 status regardless of matchup. The second-year tight end has earned at least seven targets in seven of nine games, including four straight. He enters Week 12 as the overall TE9 on the year despite having scored just a single touchdown. The Colts are a middle-of-the-pack matchup for tight ends, so there is no need to avoid starting Freiermuth this week. I have him inside my top-five for the week, but he is also a solid Week 12 Flex play if you already have an elite tight end ahead of him.