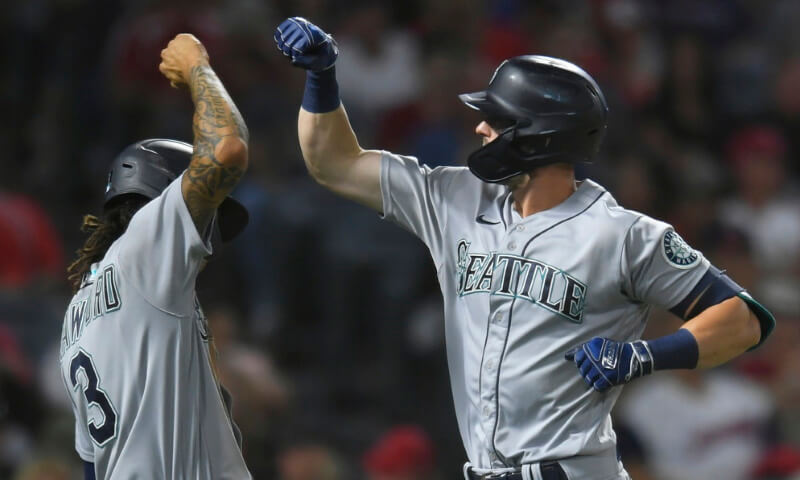 Diving into the player pool is essential in the initial stages of your Fantasy Baseball prep for the coming season. Knowing and understanding the player pool can help you formulate a better draft strategy. It may seem like common sense, but knowing the deep and shallow positions can take you a long way. Today, we will look at the Fantasy Baseball outfield position, examine the player pool, and draft strategy for the position. This article continues a positional primer series that will take an in-depth look at each position across the diamond.

The outfield position is stacked at the top. With Fernando Tatís Jr. earning outfield eligibility, you now have him, Soto, and Bryce Harper going top-10 off the board. Kyle Tucker, Ronald Acuña Jr, and Mookie Betts follow Harper. According to NFBC ADP for Draft Champion leagues, 15 outfielders are going in the first 50 picks. Twenty-Seven outfielders are going in the top 100 picks, with Cody Bellinger and Christian Yelich coming in with a 101 and 102.7 ADP.

There is a lot of talent at the position, but does it drop off fast? Where should you look to fill your outfield spots in drafts? How did outfielders fair in 2021? Let’s dive in.

Positional Primers: Catcher, First Base, Second Base, Third Base, Shortstop

The 2021 season saw several surprising outfielders take off and have excellent seasons. Fernando Tatís Jr., who played 27 games in the outfield, led with 42 home runs. Mitch Haniger was a pleasant surprise in 2021, smashing 39 home runs, tied for second-most in the outfield with Aaron Judge and Brandon Lowe. Haniger also posted 210 runs plus RBI.

Adam Duvall had a monster season, hitting 38 home runs and driving in 113 runs. Tyler O’Neill went from undrafted in most leagues to being a five-category stud. O’Neill hit 34 home runs, stole 15 bases, and posted a .286 batting average.

Adolis Garcia had a late-career breakout similar to O’Neill. He came out of seemingly nowhere and smashed 31 home runs and stole 16 bases. Garcia’s batting average, on the other hand, was not so great at .243.

Batting average was also king in the outfield. Seven qualified batters posted a .300 or better batting average, with Juan Soto leading the way at .313.

When looking at the Razzball Player Rater, five of the top 13 players were outfielders. Seventeen of the top 50 rated players also came from the outfield. Finally, 34 outfielders finished in the top-100 on the player rater. You may think that is common sense as there are three outfielders for every other individual position, but it still shows there was a lot of value in the outfield in 2021.

Now that we have taken a look back at outfielders performances in 2021 let’s dive in on some strategy for 2022 Fantasy Baseball drafts.

Unlike all the infield positions, draft strategy for outfield may entirely depend on your league context. If you play in a league with five outfield spots, jumping on the position early is essential. In a 15 team league, 75 outfielders are started, with probably over 100 rostered league-wide. If you wait too long, you could start multiple players like Austin Hays, AJ Pollock, Adam Duvall, and Josh Rojas, the 54,55,57, and 59th outfielders off the board, respectively. It does not get much better from there, and you will have to hope to hit on a player who takes off.

It may seem crazy, but in a 15-team, five-outfielder league, I want to have my fourth outfielder no later than Avisail Garcia, who is the 46th outfielder off the board with an NFBC DC ADP of 178.2. You will likely need to take your first outfielder by the end of the third round to fulfill this strategy. The good news is there are plenty of great options in that range, with 14 outfielders with ADPs in the first 45 picks.

The dynamic changes if you play in 10- or 12-team leagues, especially if there are only three outfield spots. It’s a dramatic difference because, in a 12 team, three-outfield format, only 36 outfielders are rostered compared to 75 in a 15 team, five-outfield format. For reference, the 36th outfielder off the board in NFBC ADP is Kyle Schwarber at pick 131.

You could construct a great outfield by waiting until post-100 and drafting Bryan Reynolds, Jesse Winker, and Trent Grisham. I would feel comfortable having that outfield in a 12 team league, knowing that there will be plenty of options on the waiver wire that could be suitable replacements.

Replacement level value is everything here. Knowing your league format and roster construction is essential when building your outfield. It is important to remember if you are in a deeper league, it is crucial to fill the outfield spots sooner than you think. In a shallow league, you can get away with waiting.