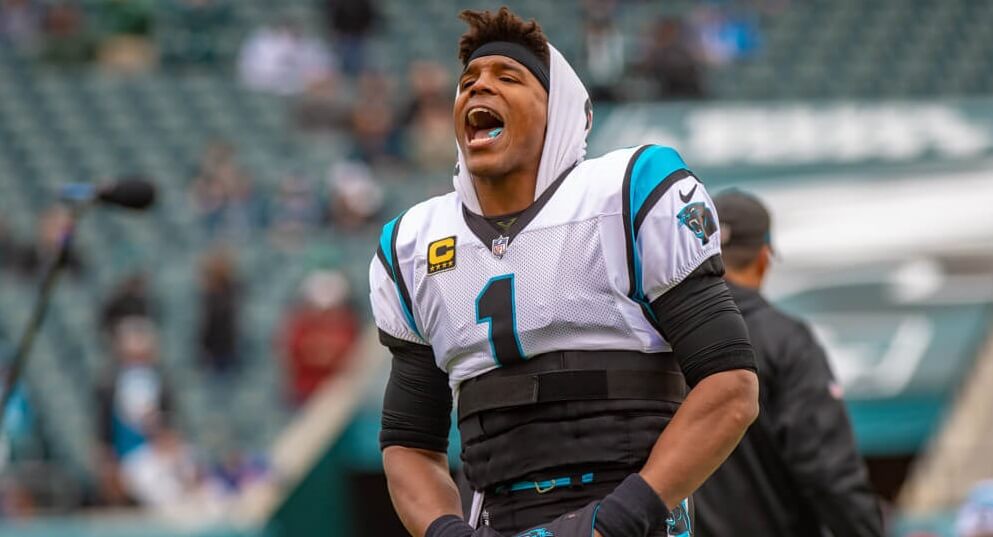 The process has changed to draft a quarterback. Aaron Rodgers and Tom Brady were being drafted as early as the first round back in 2012. While that feels like ages ago, we’ve been forced to look at the position differently. Terms like ‘opportunity cost’ and ‘replaceability’ have become a part of our lexicon. There are strategies around just this position alone! But while each strategy may be viable, it’s important to understand why that’s the case. From there, each concept (or offshoot) can be applied to your own league as needed.

Why Wait to Draft a QB?

On average, the quarterbacks score the most points. Looking at just the Top-24 for QB, wide receiver, and running back, we can see why new scoring formats have been embraced.

The point differential is mitigated by PPR, but the allure of an elite QB is still too great. However, the talent pool is deep enough that there’s less need to assume risk in the early rounds of your draft. 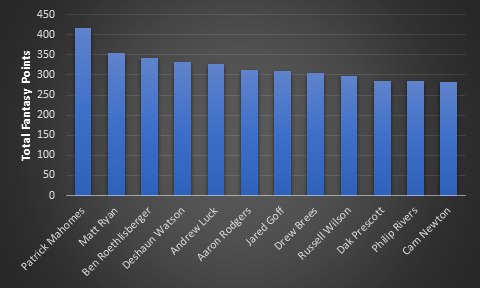 Mahomes’ 417 points separate him from the rest of the Top 12. After him, the remaining 11 are closely grouped together. The drop from QB2 to QB5 is 26.9 points. Only 14.1 points separate Rodgers and Wilson. And that’s total points on the season. That’s essentially a game keeping Drew Brees out of the Top 5. Same for Goff. But their respective draft costs weren’t quite as close.

In a single season, drafting can be an ‘ends justify the means’ proposition. Meaning, the cost becomes irrelevant once the season begins. However, if we’re looking for an optimal strategy that must be a part of the process.

Overlaying seasonal totals with ADP shows how inaccurate we are with quarterback cost. Half of the Top 12 was drafted in the 9th round or later. So, while similar options at QB may be available the true value in waiting comes with being able to fill other positions of need. That’s balancing opportunity cost. It weighs the player’s range of outcomes against the supply and demand of their position. Single-quarterback leagues favor waiting because more running backs and wide receivers are needed for an optimal roster. But even if you wait, there’s a second layer to drafting QBs.

Consistency is an oft-used term. We look back at season-long numbers and think of top performers as easy decisions. However, easy decisions aren’t always winning decisions.

At best, the Top 12 provided 9 QB1 weeks during the fantasy season. That left nearly a quarter of the season with replaceable fantasy finishes. The waiver wire can offer weekly upside depending on schedule and talent. This is why fantasy points per game are a better metric to use when evaluating when to draft a QB. 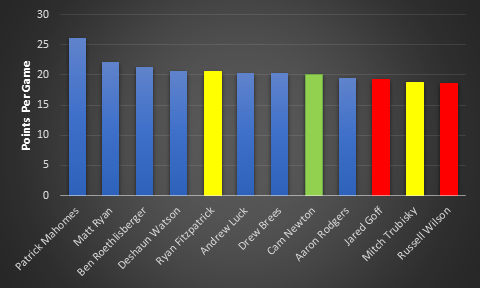 This tells a more accurate story.  Fitzpatrick’s early season, high flying dominance. The six-touchdown performance from Trubisky. While the ‘safe picks’ were underperforming, waiver-wire pickups were hitting their ceiling. This speaks to the replace-ability of the position which should caution drafters from an early investment at the position.

When to draft a QB comes entirely down to two things: personal preference and drafting skill level. If your risk tolerance is high, grab a top-tier quarterback if their ADP is tenable. Or, if streaming doesn’t seem viable or won’t work ‘in your league’, go get your guy. But for those willing to wait, the data supports the process. 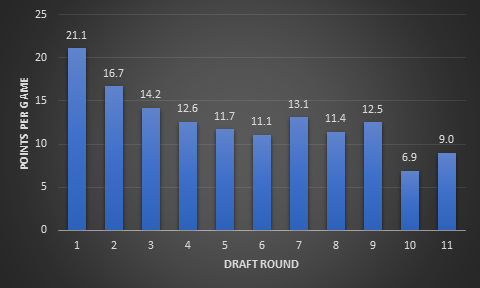 The chart above removes QBs and looks at PPG for all other positions by round drafted. Using the chart, Top-12 quarterbacks have first-round value with an average 20.7 PPG. But again, standard leagues require just one quarterback. It’s still optimal to invest in RBs and WRs because of the steep decline in production by Round 6. The positional demand and limited supply point to this, too. By Round 7, the opportunity cost is significantly reduced. By this time, the risk to roster construction of drafting a quarterback should be alleviated and one can be acquired. This process can be tailored to any league.

Quarterback is deep this year. Mahomes leads the pack, but there’s exceptional value in the mid to late rounds. Cam Newton with an 11th round ADP only speaks to how many viable options exist. Identifying players with a path to exceeding their draft value should always produce optimal rosters. Either way, early-round picks should focus on acquiring assets at those positions and waiting to draft a QB until the mid to later rounds.

How long do you wait to draft a QB? For more great analysis check out the 2019 Fantrax Fantasy Football Draft Kit.