Two-Start Pitchers For Week of July 29: Hammer of Thor 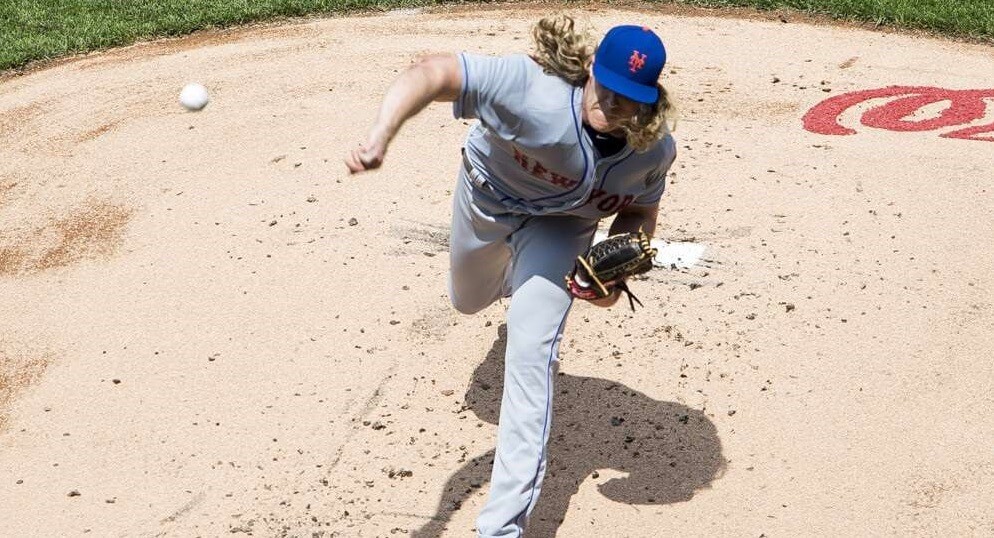 For the remainder for the season, I will be taking a weekly look at the two-start pitchers for the week ahead. There are two extremely important things to note before we begin this week. First, these recommendations are generalized and may not directly apply to your own team or league directly. As we get later into the season, I will be making note of guys with win, K, or ratio upside for those individuals in roto leagues who may need help in specific categories.

Second, I am getting these rankings out to you early on Friday so it is important to remember this is just a projection as it currently stands and these projected two-start pitchers are subject to change. Let’s get into it.

Two-Start Pitchers for the Week of July 29

Justin Verlander – @CLE, SEA: Although he has had issues with the long ball, Verlander has been dominant this season. He is one of a handful of aces in the running for the AL CY Young.

Shane Beiber – HOU, LAA: Bieber gets a tough matchup and a low K upside option this week. However, he is just too talented to bench and he is making his ascension to fantasy ace with the real-life results not too far behind.

Patrick Corbin – ATL, @ARI: The Braves matchup is a tougher one but there is no way I would even consider benching the lefty. He has a surging offense supporting him and enough talent to return big rewards for his owners.

Noah Syndergaard – @CHW, @PIT: Syndergaard still may have the best pure stuff of any starter in the MLB and he gets two very good matchups. This could be a massive week for owners.

Max Scherzer – ATL, @ARI: Mad Max is pretty much matchup proof and the only concern with him is how he returns from his injury. I am not worried and will be using Max everywhere this week.

Charlie Morton – @BOS, MIA:  While they are not the juggernaut we anticipated, the Red Sox still boast a dangerous lineup. The Marlins matchup is cake, but the Sox could blow up this week for Morton. He was just on the cusp of the No Doubt tier.

Dallas Keuchel – @WAS,CIN – Keuchel is coming off a dominant performance in which he struck out 12. He has not looked like his former CY young self but the matchups are not terrible and as a result, he makes my should start tier.

David Price – TB, @NYY: Price has probably had a better season than you realize but this week concerns me. The Yankees are loaded with RH power and could make that start a horrendous one. Tampa is slowing down offensively but they also have some solid RH boppers.

Yu Darvish– @STL, MIL: Don’t look now but Darvish is slowly rounding into form. The K’s have been there all season but now the command has returned as well. I love him for this week as Milwaukee is not as scary away from home.

Caleb Smith – ARI, @TB: Smith has been excellent in 2019 and has rewarded his believers handsomely. He was on a similar track before getting hurt in 2018 and has picked up right where he left off. His matchups this week are solid and as a result, I am starting him everywhere I can.

Marcus Stroman – @KC, @BAL: Stroman has possibly the best set of matchups on the slate and warranted consideration for the top tier. However, he is likely to be traded and may not be able to actually see these two matchups come to fruition.

Jake Odorizzi– MIA, KC: If Stroman does not have the best pairing its Odorizzi who has been a revelation for the Twins. With the powerful offense behind him, he has a chance at two wins.

J.A. Happ – ARI, BOS: While I am not a Happ fan exactly, I’ll take my chances with him in this two-start week. The lefty is supported by an elite offense and has shown flashes of brilliance, even this season. The Boston matchup could blow this up but the DBacks are nothing to be terrified of.

John Means – @SD, TOR: Means has been a pleasant surprise for this Orioles team and he has two above-average matchups. I like him this week but do not expect much more than average results and hopefully a win.

Merril Kelly – @MIA, WAS: Kelly has had an up and down return stateside but the righty has some solid ability. I want the plus Marlins matchup so I’ll take my chances with the Nationals.

Vince Velasquez – SF, CHW: Velasquez is one of the most frustrating arms in baseball. He has so much talent but he cannot harness it all consistently. If you own him, this is the week to use him as his matchups are about as good as one could ask for. Fire up the righty.

Jamie Barria – DET, @CLE: Do not go look at Barria’s numbers, he’s been victimized by bad luck. He has two plus matchups and a chance for at least one win relatively easily. He is a talented pitcher despite the results thus far.

Jon Gray – LAD, SF: Gray gets two home starts this week and while he has been solid in Coors, I do not want to take my chances that continues.

Kenta Maeda – @COL, SD: A road trip to Coors has me avoiding Maeda this week if possible. The Padres matchup is not a bad one but I do not want to be trusting Maeda in Coors.

Julio Teheran– WAS, CIN: Teheran has pitched well at home in his career but the overall skills suggest a cratering is coming. Two pretty good offenses have me avoiding him this week just in case this is the week it all comes crashing down.

Ross Stripling – @COL, SD: Stripling left the game with a neck injury in his last start so this may never even become a thing. I love his talent but I do not want him pitching in Coors.

Brad Keller – TOR, @MIN: While I am an overall fan of Keller and the Toronto matchup, I do not want him facing the powerful Twins lineup. Keller does not really have a path to any wins this week making him a low floor low ceiling option.

Rick Porcello – TB, @NYY: Remember when Porcello won a CY Young? That feels like forever ago. The matchups are poor and he has not been pitching well. No reason to use Rick this week.

Dinelson Lamet – BAL, LAD: Lamet is still one of my favorite buys in a Dynasty setting but it is going to hard to rank him rest of season. It appears the Padres are smartly limiting his innings in his return and he may be used in a piggyback type of role. He will rack up the Ks but if you need wins do not go with Lamet. He may only throw four innings each time out.

Tanner Roark – PIT, @ATL: Roark has actually been solid one of the few pitchers to be truly victimized by the juiced ball. The Pirates do not have an elite offense but the Braves do. I am going to recommend sitting Roark if possible as the home park can always ruin a week as can that Braves lineup.

Tyler Beede – @PHI, @COL: Beede has been excellent lately many believe due to an increased slider usage. However, this is a miserable week for him seeing two of the best hitter’s parks in the game. The Giants are hot but that will come crashing down soon. There are better options and the only reason Beede is not a NO this week is because he has been so good he deserved some mention.