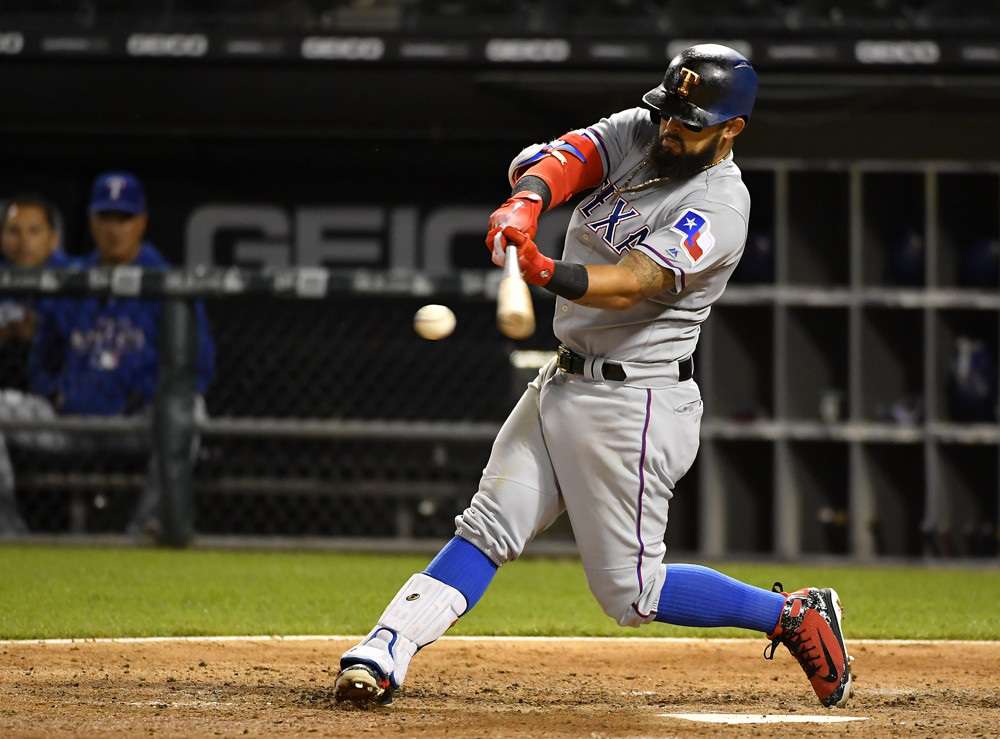 As we’ve moved around the diamond, things have gotten much better in fantasy land. Unlike the first base position, you can afford to wait it out a bit in your search for second base sleepers. Don’t get me wrong, I love what’s going on at the top with Javier Baez, Ozzie Albies and Whit Merrifield. Sure, there are some underlying stats that suggest Baez will regress. I mean he just went for 34 HR, 111 RBI and 21 stolen bases, while hitting .290. That kind of season is hard to repeat. I’ll tell you what, though…Baez is a super star. He may not be a first round pick, but he’s a great looking player. As is Gleyber Torres.

While there’s upside at the top of the second base position with Baez, Jose Altuve and Adalberto Mondesi there’s also some risk. I’ll have some shares of Altuve given his price tag, but for the most part my strategy will be to target some of the second base sleepers below. I’d much rather take that risk in the middle or later parts of my draft than in the first couple rounds. You’re bound to get someone who will hit 10-15 home runs and steal 10-15 bags.

Rougned Odor a second base sleeper…really? A guy who has two 30-home run campaigns can’t be a sleeper. You’re right, he can’t be and he won’t sneak up on anybody in 2019. I just like where Odor is going in drafts as he was a 12th round pick in my latest mock at Fantrax. I think there’s some value in that pick and I believe Odor can be a top 10 2B.

You’re not drafting Odor for his average as you’ll be happy if he can hit the .260 mark. It’s his power and sneaky speed (41 SB last three years) that’s intriguing. His 81 home runs since the start of 2016 are the second-most at the 2B position, behind Brian Dozier. The 24-year-old still has time to improve as a hitter too. His strikeout rate decreased last season and he nearly doubled his walk rate. The Rangers’ second baseman has also seen an increase in his hard hit rates over the years: 35% to 36% to 45 percent.

The Colorado Rockies chose not to bring back DJ LeMahieu, which means it’s Garrett Hampson time. It also means he’ll gain second base eligibility this season. I wrote about him as a SS sleeper as well. Hampson moved up the ranks pretty quickly last season as he went from Double-A to Triple-A and then finished up 2018 with 48 plate appearances with the Rockies. Hampson showed great patience with a .275 average and 14.6 walk rate. He struck out 25 percent of the time, but he had solid rates throughout the minors. Hampson also showed great speed in his two seasons in the minors: 123 stolen bases.

The 24-year-old hit at least .301 across every minor league level. In 2018, he hit 10 home runs and stole 36 bases across two levels. The kid can hit and he can flat out run. The lineup in Colorado is still one of the better ones in the game and I don’t need to remind you Coors Field is a fantasy haven for hitters. Now, patience will be key for Hampson and spring training will be huge for him. The Rockies have a history of signing veteran players which sometimes blocks the path for some of their younger prospects.

Jonathan Schoop regressed significantly from 2017 to 2018. So much so that he was traded from the Baltimore Orioles to the Milwaukee Brewers. If we’re being honest, the Orioles would have been brutal even if Schoop repeated his fantastic 2017 season which saw him rack up 25 home runs and 105 RBI while hitting .293. Schoop hit 17 home runs with a .244 average across 85 games with Baltimore, and was showing signs of turning things around before the trade. His game didn’t carry over to Milwaukee as he hardly received regular at-bats and he moved around the diamond quite a bit. Schoop had a .202 average over 46 games (123 PA’s) and only hit four bombs.

Schoop signed a one-year deal with the Minnesota Twins to replace the bat of Brian Dozier. He’ll get the opportunity to play every day in Minnesota with the likes of Nelson Cruz and C.J. Cron, in what should be a heavy hitting lineup. Schoop will bring absolutely no speed to your fantasy squad and he projects as a .270 hitter at best, but 20-plus home runs are definitely within reach. You can afford to wait it out at this position and if you play with a middle infield spot, Schoop makes for a decent starter. His batted ball profiles were pretty much on par last season with his previous years, aside from a lower BABIP than normal.

Joey Wendle had a very solid first full season in the Majors in 2018; 7 HR, 61 RBI, 62 R and 16 SB with a .300 average. He produced those numbers over 545 plate appearances with the Tampa Bay Rays. Wendle had only played eight games with the Oakland Athletics in 2017 and just 28 (104 PA’s) in 2016. He hasn’t shown a ton of power throughout his professional career, but he’s displayed great plate discipline.

Wendle did benefit from a high BABIP (.358), but he’s produced similar numbers throughout the minors, which could be the result of his high ground ball rate and speed. Windle had a very respectable 37-percent hard hit rate and 81.3 contact rate last season. It’s a small sample size, but he hit .300 against RHP and .299 vs LHP. Think about him towards the end of your draft in deeper formats as the 28-year-old may not hit .285, but he shouldn’t put a dent in your rotisserie game. Ten home runs are not appealing, but a 15/15 season is possible. I also have no problem with him hitting in the number three spot for the Rays.

Others to consider: Daniel Murphy (could be top 5 2B), Jed Lowrie & Asdrubal Cabrera

Thomas Bryant is Rising on the Fantasy Professor’s Hot List