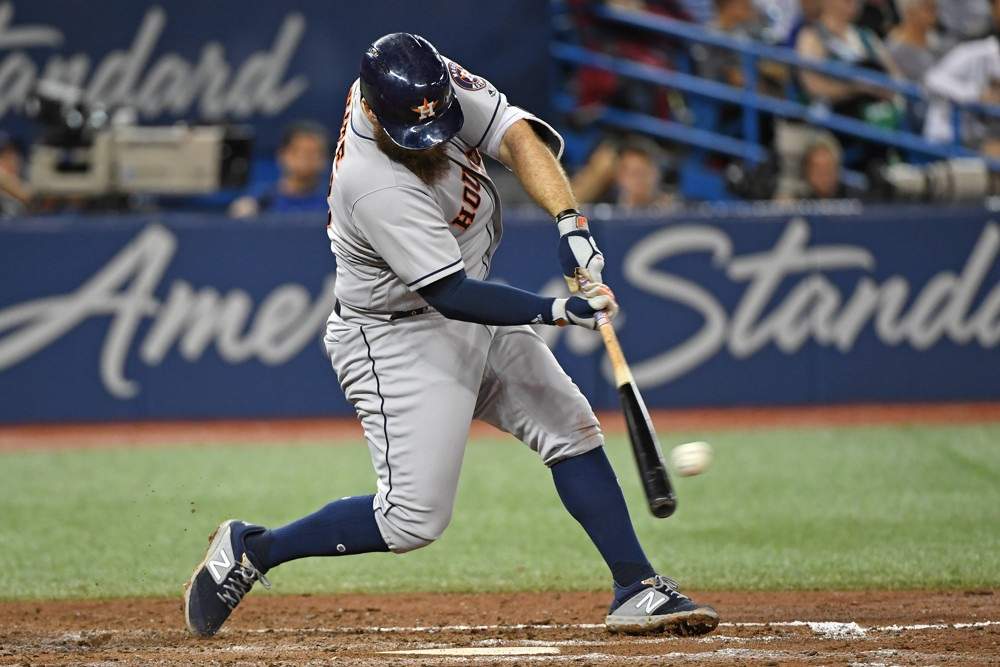 You’re being asked to pay for the small sample size of Jesus Aguilar and Max Muncy, while Matt Carpenter will lose his eligibility over time with the addition of Paul Goldschmidt. Hopefully you can just get Freddie Freeman everywhere, or cash in on the draft discount when it comes to Joey Votto and Jose Abreu.

I’ve highlighted a few first base sleepers below. I want to stress that a sleeper is not just a young buck who is expected to break out in 2019. I view a sleeper as someone who has value on draft day. Someone who could return a profit and finish much higher than where they are being taken in drafts.

Matt Olson is probably better suited in the breakout section of our draft guide. He’s also not your prototypical deep league sleeper, but I think he has top five upside at his position and value on draft day. Olson regressed in the home run department (HR’s per at bat) in his second season in the Majors as he hit 29 over 660 plate appearances. That was good for the fifth-most at the position which was led by Matt Carpenter’s 36 home runs. The 29 home runs may have been a disappointment to some owners after seeing him hit 24 through 216 plate appearances as a rookie, but the power is legit.

Olson doesn’t project as a .270 hitter, but he has shown tremendous power throughout his professional career. His 47 percent hard hit rate last season ranked eighth and his 40 percent mark as a rookie would have ranked 13th if he had enough bats to qualify. Olson’s walk rate increased and his strikeout rate declined. Let’s not forget he’s only 24-years-old.

The term sleepers don’t necessarily have to be a young prospect who is headed for a breakout season as I mentioned above. Miguel Cabrera went in the 17th round of my latest mock draft done at Fantrax. That’s value and upside, with absolutely no risk. Cabrera is no doubt declining and may not be a starting first basemen in a 10- or 12-team league, but he is in deeper formats. Especially if you play with a corner infield spot. Cabrera will turn 36-years-old in April and he was limited to only 38 games last season. Injuries have caught up to the two-time AL MVP, as he only hit three home runs and had a career low 20.4 fly ball rate in 2018.

Cabrera had 16 home runs in 130 games with a 32 percent fly ball rate the season prior. The power is definitely on the decline, but none of that matters because you’re not spending a high pick based on his resume. Cabrera still hit .299 with a .395 OBP last season. It’s his back-to-back .149 ISO marks that’s concerning. He’s almost bound to land on the DL again at some point given his age and injury history of late, but if he can give you a .270 average with 20 bombs over 120 games he’ll return value on that 17th round pick. There isn’t a bat going in this range that has the kind of upside Miggy presents.

I’m buying into Tyler White’s small sample size from last season. The power is real and he’s shown great patience at the plate which has resulted in decent averages throughout his professional career. White had 26 home runs across AAA and the Majors last season. 12 of them came in 237 MLB appearances and he has 23 over 580 Major League PA’s.

There are some projections out there that have White accumulating fewer than 500 plate appearances, but I think 550 could be within reach. He has as close to a clear path to everyday playing time as one could have, whether it’s at first or at DH. This may change if Houston decides to sign someone, but ultimately it’s up to White to hit. Yuli Gurriel may get more at-bats in, but he doesn’t have the ceiling that White has and he’s going earlier in drafts. Gurriel will provide a better batting average, but he only has 34 home runs over 1,274 plate appearances. At the later parts of your draft, you might as well seek out the power hitting first basemen.

The Peter Alonso hype is real, but there’s a chance he goes undrafted in your average redraft league. He may not make the team out of camp. In fact, I’m willing to bet that he doesn’t. The New York Mets are too cheap so it’ll likely be May or June before we see Alonso. Jeff McNeil isn’t the same type of player and doesn’t have the same kind of upside as Alonso, but he’ll likely start the season as the Mets’ first basemen. McNeil only had three home runs, but he hit .329 over 248 plate appearances. Most of his time spent last season was at second base, but he’ll move to first with the addition of Robinson Cano.

Alonso hit 36 home runs across AA and AAA last season. He also showed great patients at the plate, despite his strikeout rate jumping from 18 to 26 percent with the move from AA to AAA. His defense is not the best, but he’ll have some time in the early part of 2019 to work on that. Sometimes these prospects go a bit earlier than they should, especially New York boys. That said, he’s worthy of mid-to-late pick and he’s a must-have in keeper formats. Our prospect guru, Eric Cross is all in and that’s good enough for me!