Thomas Bryant is Rising on the Fantasy Professor’s Hot List 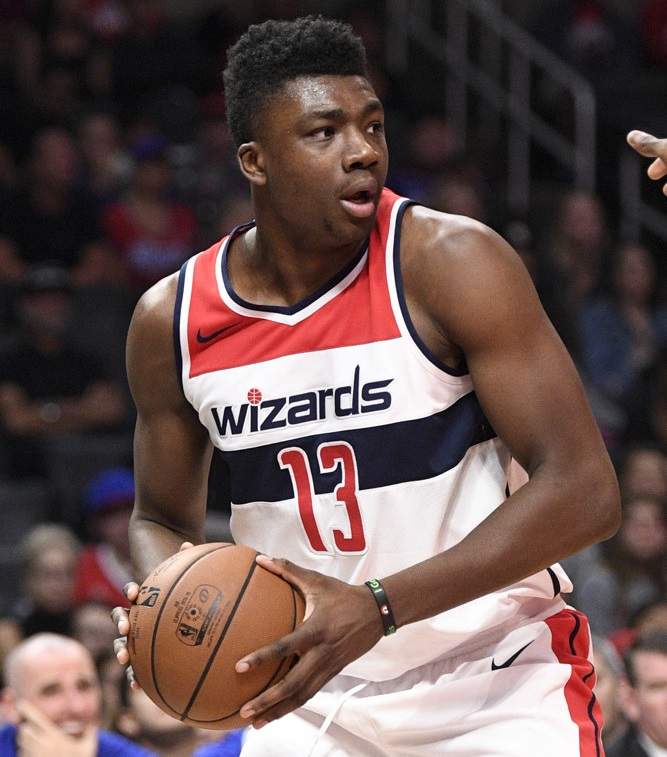 Nobody in the NBA is quite as hot as James Harden. He has immediately solidified himself as the front-runner in the MVP race during a historic run that included nine straight games of at least 35 points and five assists (NBA record). He would be a clear candidate for the Fantasy Professor’s Hot List. But, that would be cheating. We don’t cheat around here.

As a result of Harden playing so well and Eric Gordon missing time with injury, guys like Gerald Green, P.J. Tucker, and Danuel House Jr. have all have played significant minutes and have had great outputs in fantasy. Each of these guys is eligible to stream and make for great DFS plays.

Let’s dive a little deeper this week and talk about some players that have been surging in this week’s edition of the Hot List.

Thomas Bryant was a second-round draft pick in 2017. The Lakers acquired him and he showed flashes of talent early on. He played the majority of 2017-2018 season in the G-League, where he received All-NBA G-League Honors. The Wizards acquired him this Summer and it looked as if he would be the third-string center at best. But, as opportunity would have it, Dwight Howard went down with a season-ending injury and Ian Mahinmi could not handle starting duties.

Bryant is the 49th ranked player in Fantasy Basketball right now averaging 12.2 points, 6.9 rebounds, .5 steals, and almost a block per contest in the last month. For the past two weeks, he is averaging over 27 minutes a game. Bryant has posted double-digit scoring performances in eight of nine games. In three of those games, he posted a double-double.

Thomas Bryant will continue to be a part of this Wizards roster that features Bradley Beal for the rest of the season. As the Wizards figure out life after John Wall for the 2018-19 campaign, Bryant will be an intricate part of the offense while providing exceptional defense.

Carroll’s ability to make shots from beyond the arc combined with his rebounding make him an asset in fantasy basketball. He has banged at least three from long distance in his last four games.

Napier is a guy who comes up every season in these types of articles. When given the opportunity, he usually runs with it. When he was starting in place of Damian Lillard, he was a tremendous waiver wire add at the end of the season.

The Nets have been struggling to find ball-handling and scoring from somebody else other than Spencer Dinwiddie when Di’Angelo Russell is not on the floor. That guy was Caris LaVert, who was having a great season before he went down with an injury. LaVert should be back this season, but until he is, Napier will be reaping the benefits.

The Nets have played well, winning six of their last ten. While Russell is a big part of that, it is guys like Carroll and Napier that have helped it all come together. Napier is averaging 28 minutes per contest and has scored double-digit points in his last five games. In his last game against the Celtics, Napier provided 10 points, five rebounds, seven assists, one steal, and two blocks in 33 minutes. Napier is owned in just 15 percent of Fantrax leagues and should be added today.