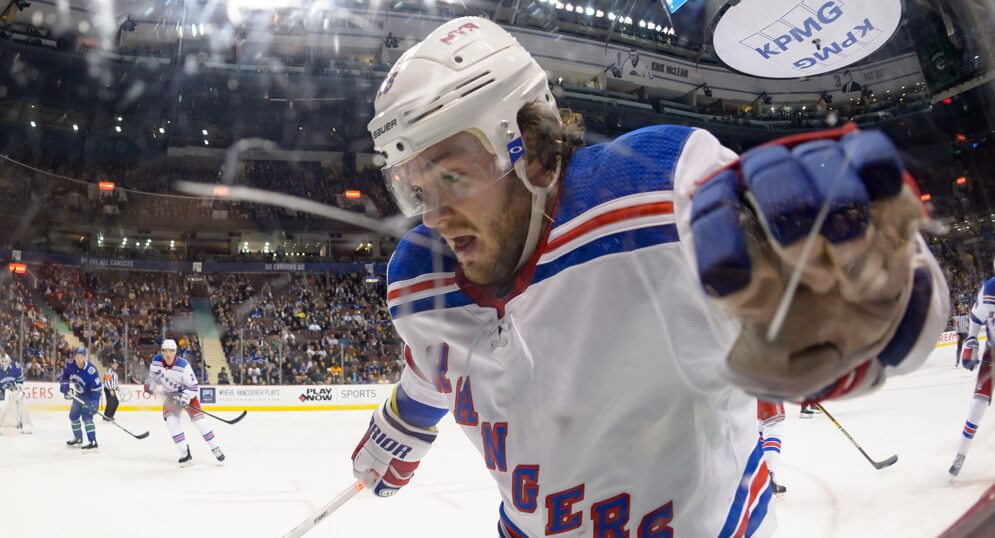 It is week 6 of your fantasy hockey season and the streaming should be fast and furious for you daily leaguers.  Here is a primer to start planning for the upcoming week.

Standard disclaimer: weekly leagues aren’t about what days games are on, they are about how many games your guys play.  To that end, there are a paltry three teams with four-game in Week 6 Fantasy Hockey.  A guy playing four games only needs to be half as good as a 2-game player to match the results.  Win games played every week.

You should prioritize any of your normal starters from these teams.  Arizona and Ottawa, of course, are not offensive powerhouses.  Both teams are in the bottom half of the league in goals and shots.  Step one for your plans is to scrape up useful players from any of these three teams to start ahead of marginal players on your roster.  Starting this week, I’m going to expand my view to players rostered in less than 50% of Fantrax leagues.  Fantrax ownership percentage tends to be much higher than on other sites, probably because it is really the only site that provides adequate support for deeper dynasty leagues.  If you play in shallower redraft leagues, you may be surprised how many of these players are available.

Connor Garland (LW/RW – ARI) from games 2-15, at least, scored exactly one point every other game.  The sub-50% ownership probably has more to do with being stuck on Arizona’s third line and second power-play than it does performance.  I don’t care what line the 23-year-old second-year man is on, I’ll take 7 goals and 3 assists.  In case you think that goal count is the product of unsustainable shooting, Garland has 38 shots with a sensible 18.4% shooting percentage.

Michael Kempny (D – WSH) going out for the season in a late matchup against Tampa Bay last year was a major blow to Washington’s Cup hopes.  Since his season debut on October 18, Kempny has been unreasonably hot, with 9 points in his 8 games.  His role with the Caps is mostly to skate with John Carlson at even strength and to sop up shorthanded minutes.  I won’t expect this torrid pace to continue, but I’ll ride it for a point, shot, and block per game until it runs out.

Christian Dvorak (C – ARI) is a player I recommended last week and I’m doubling down.  Last week I mentioned his move to play with Kessel and Keller as a reason to roster him.  While Keller was moved to another line, time with Kessel (and both on the power play) has led to a real uptick in performance.  This week Dvorak started with a goal, 5 shots, 3 hits and 2 blocks in his first three games.

Jean-Gabriel Pageau (C – OTT) is another player on an absurd hot streak.  With three goals and an assist in his recent three-game road trip, there is no arguing results.  7 shots, 7 hits, and 5 blocks over the same period will fill up the peripheral chart.  Is it frightening to start a Center-only eligible paired with Nick Paul and Connor Brown?  Sure it is, but that’s why these guys are streamers and not long term adds.

As always, your best streamers are those playing on nights with fewer games.  This week, the only useless night for streaming is Saturday – you will certainly be sitting active players that day.  You will find a stray hole in your lineup on Tuesday or Thursday, so don’t discount players active those nights.  Monday, Wednesday, Friday, and Sundays are still the best days for streaming.  No team this week plays exactly those four days.

Arizona, Ottawa, and Washington play three games other than Saturday.  You can safely follow the recommendations on them from my weekly streamers above.    25 teams have precisely two games aside from Saturday.  Only Nashville, the New York Islanders, and Tampa Bay have a sole non-Saturday matchup, making them the least attractive streaming teams.  Only Arizona (Monday/Tuesday) and Dallas (Wednesday/Thursday) have weekday back-to-backs, further reducing the number of starts you can squeeze from one roster spot.  So who is under 50% owned and high on my list to pick up from our preferred remaining teams?

Maxime Comtois (LW – ANA) is a mainstay of my streaming recommendations.  His contributions so far this year have come mainly in his 27 hits in 12 games.  Advanced stats have not been kind to Comtois so far – Anaheim still gets significantly outshot while he is on the ice.  The good news is Comtois consistently plays with Ryan Getzlaf at even strength and gets a couple of minutes of power-play time per game.  While he has tallied only 2 goals and 3 assists, a 50% IPP suggests a few more points will come his way.  I like Anaheim’s early-week home games against Detroit and San Jose, two of the three worst teams in the NHL in goals allowed.

Martin Necas  (C/RW – CAR) is another player I’ve recommended before and will again.  Necas has put up a goal, 3 assists, 10 shots, and 9 hits in his last 4 games.  His time on ice has varied from under 12 minutes some games up to 16:54 Tuesday night against Philadelphia.  Usually, he gets a minute or two of power-play time.  I don’t like Necas losing linemate Eric Haula to a recent injury, though the Canes’ subsequent decision to go with 11 forwards probably benefited Necas’s deployment.  The advanced stats show Necas and linemate Ryan Dzingel predominantly getting offensive zone deployment and consistently winning the possession battle.  Necas may be starting to come into his own.  I’m in the front row up on the bandwagon.

Ryan Dzingel  (LW/RW – CAR) while we are at it, let me also recommend Dzingel for the same reasons.  Dzingel gets time on the top power play and has one more assist than Necas on the season (3 goals and 7 assists total).  While he is not among the most prominent of Carolina’s skaters, he is a sneaky add.  Tune in Monday to see his Canes host the Senators.

Wayne Simmonds  (RW – NJD) is the guy everyone likes to say is done.  Yes, his long career in Philly came to an end last year, followed by a forgettable stretch in Nashville.  Yes, he is sitting on the fourth line in New Jersey.  Agreed, he doesn’t look like the tough net-front presence he did in his prime.  I would point out, however, that he is a mainstay on the snakebitten Devils power-play unit.  After no power-play goals in the first six games of the season, New Jersey went on a six-game streak of power-play goals.  With Taylor Hall on the ice, there is always hope for more improvement.  The differential between Simmonds’s expected and actual goals scored is the highest in hockey at nearly 4.  His ratio of four primary assists to 1 secondary assist is due for a couple of lucky bounces.  Simmonds has an IPP of 50%.  This means when Simmonds is on the ice and the Devils score a goal, he is getting a point only 50% of the time, which is below expectations.  In case these breaks for Simmonds don’t even out next week, you can still enjoy his 3 shots and 2 hits per game while we wait.

My longshot streaming target of the week:

Brendan Lemieux  (LW – NYR) was a hot name at the end of last year but got off to a slow start this year.  Last week he had points in three straight games and is averaging peripherals of 1.5 shots, 2 hits, 1 block, and 2 PIM per game.  He sneaks in a minute or two of power-play time each game. Rangers fans are still waiting on the Kaapo Kakko breakout.  Lemieux has been Kakko’s left winger for most of the year.  Did I mention Brendan Lemieux has been on ice for more even-strength high-danger attempts than anyone else on the Rangers?  You could do much worse on a longshot.

Anton Khudobin  (G – DAL) is a goalie whose underlying numbers support promising early results.  Like last year, the Stars seem intent on using Khudobin to keep Ben Bishop fresh throughout the season.  After an awful start, the Stars have played better in the past two weeks, especially in Khudobin’s 2-1, 38 save win at Colorado on November 1.  While I don’t love counting on a goalie in the middle of a Western Canada run, Khudobin is worth a shot if you are very short on goalie help.

Anders Nilsson  (G – OTT) has quietly put up a nice season behind a shaky team.  His high danger save percentage is roughly in the top third of the league.  His save percentage has been .929 or better 5 times in 6 starts.  For those trying to pile up saves, Nilsson comes in second to Henrik Lundqvist for all-strength saves with 35 per 60 minutes.  Obviously you won’t expect many wins from Nilsson even though Ottawa does have that favorable schedule. I see Nilsson continuing to split starts with the struggling Craig Anderson.  As such, he may well give you two usable starts out of Ottawa’s four games.  Please note despite all this Nilsson will still ruin your GAA.  If you choose to roster him, plan accordingly.

For more Week 6 Fantasy Hockey talk be sure to tune into my weekly podcast Fantasy Hockey Life right here on FantraxHQ for more streamer suggestions, great guest interviews, analysis, and general fantasy hockey tomfoolery.  Find it wherever you download podcasts.