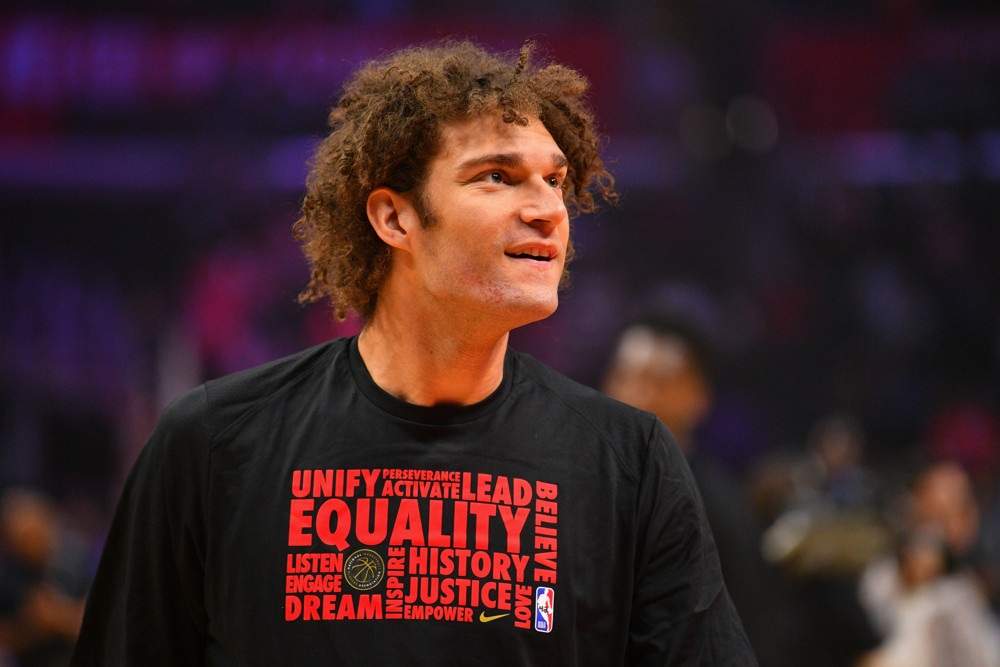 The fantasy basketball semifinals are right around the corner. That means no more byes and every team is in danger of going home with nothing. This week’s waiver wire features a couple of big-time contributors that can help pull off upsets. Stars are in danger of being shut down, and some of this week’s waiver wire targets have recently earned big roles on their respective squads. A couple of others are set for success should a shutdown occur. It’s time to get your squad ready for next week and lock up a spot in the finals. Good luck to everyone in the semifinals!

The other Mavs rookie is tearing it up as of late. Over the past seven days, Brunson is a top 30 fantasy asset averaging 20.2 points and 5.8 assists on nearly 58% shooting. Expect Brunson’s minutes to be in the mid 30’s for the foreseeable future with JJ Barea and Devin Harris both out. Dallas isn’t in a position to nab a playoff spot, making it all the more enticing to play Brunson as the regular season comes to a close. That is a recipe for success in fantasy. Brunson has been a huge get for the first week of the fantasy playoffs and it looks like he’ll continue to play an important role.

Lopez remains an integral part of the Bulls lineup. He’s playing 33 minutes per game over his last 8 games and providing top 50 value over the past two weeks. Owners looking for points, blocks and good shooting percentages won’t find better on the waiver wire. Lopez is also improving his rebounding and is a nightly double-double threat. He’s a huge pickup for owners struggling with the Anthony Davis situation. Lopez is the top big man left on the waiver wire in week 23 and should be owned in more than 60% of leagues.

The Knicks have been eliminated from playoff contention for a while, and the lineup tinkering has seen Dotson take on a bigger role as of late. Over the past two weeks, Dotson has played well enough to become a top 100 fantasy asset. Despite the lowly 41% shooting, Dotson is contributing 16.1 points, 5.4 rebounds, 3.1 assists, 2.6 steals and nearly a steal per game. His shooting percentage is his only deterrent, and Dotson hasn’t taken less than 10 shots since the turn of the month. Dotson should keep getting minutes in the 30’s and should continue to return top 100 value as the Knicks close out the season.

Kurucs is having a nice March so far. Over the past two weeks, he’s averaging nearly 13 points, 5.5 boards and knocking down 2.2 treys per game on 54% shooting in just under 25 minutes per game. Kurucs has been everywhere, also chipping in 1.2 steals and a block per game and returning top 100 value. It looks like he’s going to be starting for the Nets and earn more minutes this coming week. I expect Kurucs to continue providing top 100 value in week 23, making him a fine addition off the waiver wire.

Wright has been up and down lately, but the Grizzlies are in no position to make a playoff push. Making Wright a virtual lock for minutes to close out the season. Over the past two weeks, Wright is playing just under 30 minutes per game and returning top 125 value. His game is versatile enough to provide owners with good rebounding and assist numbers. What’s holding him back are his shooting percentages and his lack of three-point shooting. The Grizzlies aren’t going anywhere this year, meaning a Mike Conley shutdown could be on the horizon. If that happens, Wright could end up returning top 75 value in week 23 and in the fantasy basketball finals.

Huerter keeps getting minutes as an integral part of the Hawks’ future. Though he’s mainly a scorer, Huerter is able to contribute in other areas. He’s flirting with top 125 value over the past two weeks and averaging 13.4 points, 3.4 rebounds, and 2.4 assists while draining 2.4 threes on nearly 47% shooting. He’ll keep getting close to 30 minutes per game and will continue to provide good shooting numbers for fantasy owners in week 23 and beyond.

Jones has been a nice jolt off the bench into the starting lineup for the Wolves. With Jeff Teague and Derrick Rose carrying shutdown potential, Jones could end up being an important asset for fantasy owners. Jones has gotten two starts in his two most recent games and performed well. Jones is as good a source of assists owners will find at this juncture of the season. He’s providing top 50 value over the past week. Something owners can expect as long as Rose and Teague remain out.

It looks like Shamet will get plenty of minutes to close out the season. The Clippers are locking up a playoff spot in the West and Shamet is shooting the lights out of the Staples Center. He’s knocking down 3.7 triples per game over the last two weeks and putting up top 150 value. Because of his lack of peripheral stats, Shamet is more of a deep ball specialist right now. Owners looking to get a boost in threes have a prime target on the waiver wire ahead of week 23.

Morris has officially earned the backup point guard role in Denver. Isaiah Thomas was cutting into Morris’ value the past few weeks. But he’s finally been relegated to third on the depth chart. Expect Morris to see minutes in the mid to upper 20’s as the season comes to a close. Morris provides good scoring numbers and is a good distributor. Morris is a fringe top 125 player over the past week. I don’t expect him to jump in the top 100 unless the Nuggets get hit by the injury bug in week 23.

Frank Jackson has filled in admirably for Jrue Holiday, who won’t be back before the end of the fantasy basketball playoffs. Unfortunately for fantasy owners, Jackson does little else than provide scoring. Since the turn of the month, Jackson is knocking down 1.5 threes en route to 14.4 points, 4.3 rebounds on 50% shooting. Jackson is a better pickup for points leagues and is not a great option for owners in need of assists or defensive contributions.