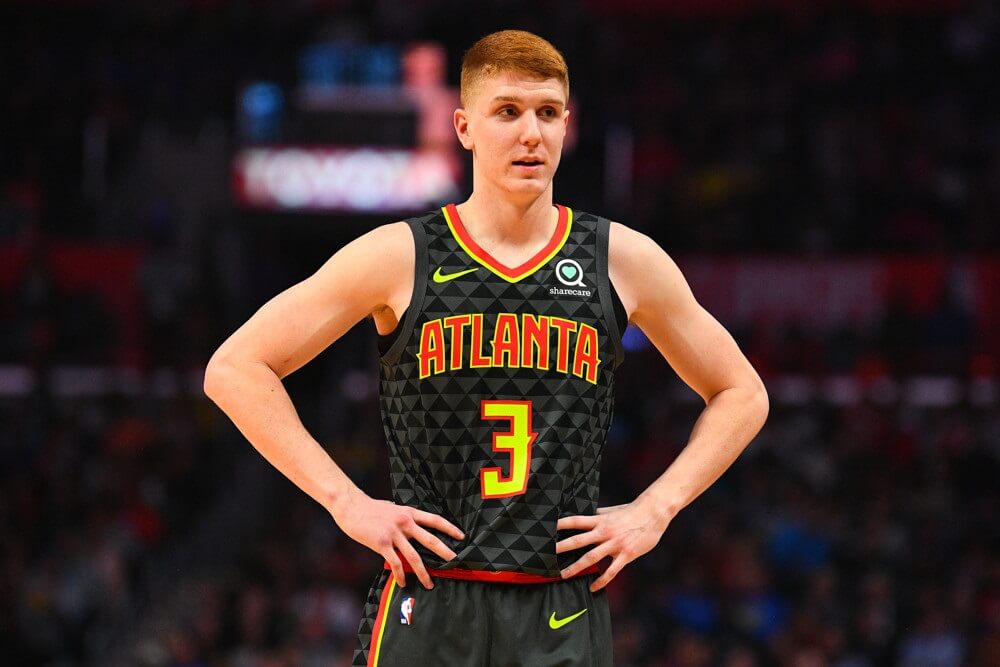 Eight games Sunday as many fantasy teams battle it out to remain in their respective leagues. Streaming is going to be important across the final day of the week and there are a number of potential options to be found. Kevin Huerter had been a player that was rostered in many leagues earlier in the season. An injury certainly impacted his value and as he worked his way back, he was dropped in plenty of situations. Over the past three games, he is averaging 17.6 points, 4.6 rebounds, 3.3 assists, 1.0 steals, and 3.3 triples. The Hawks love what he brings to the floor and his playing time could continue to increase down the stretch.

The Lakers should get LeBron James back for Sunday’s game against the Knicks after he was rested for their last outing. They have a plethora of injuries at the moment and are simply coasting to the end of the season. There is not a lot to see from a fantasy perspective and owners would be much better served looking for value elsewhere.

Dennis Smith Jr. has been listed as questionable heading into Sunday’s game, meaning Kadeem Allen could have another shot at putting up value. He has certainly made the most of his opportunities thus far this season and could be worth a look if Smith is in street clothes. The smart move would be for head coach David Fizdale to start Allen but that is highly unlikely to happen. That being said, he did play 28 minutes in the last game and could still contribute in multiple categories.

A win against the Heat on Sunday could see the Hornets move back into the eighth seed. It appears as though both teams are going to continue to battle with the Magic for the final playoff spot meaning their key players should see plenty of minutes down the stretch. Cody Zeller looks set to miss his third straight game but there is no real pickup here outside of streaming Frank Kaminsky in if you need points and three-pointers.

Much like the Hornets, the Heat will be looking to maintain their spot in the top eight but could be without both Justise Winslow and Dwyane Wade. Dion Waiters has been floating around on many waiver wires for some time now and could be worth considering if you need quick points. Keep in mind he could hurt your efficiency and has averaged under 10 points per game over his last five.

The 76ers come up against the Bucks in what should be a fantastic game. They are looking to put space between themselves and both the Pacers and the Celtics, ensuring the third seed and a potential first-round matchup with someone other than Boston. The 76ers are fully healthy right now and will be looking to make a statement against the number one seeded Bucks who are slated to be without Malcolm Brogdon for up to two months.

The Bucks received bad news Saturday with Malcolm Brogdon set to miss an extended period with a planter-fascia injury. It’s a huge blow for the Bucks who are a very real chance of getting to the NBA finals this season. In fantasy terms, there is no real pickup here and it will likely be the other starters picking up the slack, while Nikola Mirotic could see a small bump in his playing time.

The Raptors could be without Kyle Lowry again Sunday but could welcome back Fred VanVleet. He has been out for over a month and would be a welcome addition, especially if Lowry misses another game. The Raptors acquired Jeremy Lin during VanVleet’s absence but he has certainly not been able to produce to the level VanVleet had been. He will likely be eased into the rotation and so is not the most appealing pickup, even if Lowry is not there.

The Pistons were able to bounce back in their last game after two embarrassing losses prior. This will be a good opportunity for the Pistons to get a read on exactly where they are in terms of matching up with the elite teams in the Eastern Conference. There is also a very chance these two teams meet in the first round of the playoffs and so any advantage would be a welcome bonus.

The Hawks are playing for very little but do have a chance to throw a spanner in the playoff hopes of the Magic. Despite winning just two of their past six games, the Hawks are vastly improved and will head into Orlando, confident they can spring an upset. Kevin Huerter has played well over the past three games and should be on the radar in standard formats for those who need points and three-pointers.

Depending how other games finish, the Magic could squeeze back into the top eight should they win Sunday. Their form has been indifferent, to say the least but they will view this as a game they need to win. Owners looking for streaming value will find very little across the roster and would be much better suited looking beyond the Magic.

Much like the Hawks, the Bulls are playing for ping-pong balls at this stage, but have looked much better over the past few weeks. A victory Sunday would basically put an end to the Kings playoff aspirations, which Bulls fans would certainly see as a positive sign. Any impact they can have on potential playoff teams will only build their confidence leading into next season.

The Kings are barely holding onto any hope of making the playoffs and a loss Sunday would almost certainly put an end to those dreams. No matter their final outcome this season, it has to be viewed as a step in the right direction. Their young players have developed exceptionally well and rookie Marvin Bagley has certainly made giant leaps over the back half of the season. Bagley returned from injury just two games ago and should continue to see his minutes climb over the next week or so. Owners who managed to hold onto him and remain in their fantasy playoffs will hopefully benefit as his associated production also increases.

Jeff Teague has been sent for further evaluation on his injured foot and appears likely to miss Sunday’s game. There is a growing opinion that he could, in fact, be shut down given the Timberwolves are out of the playoff race. Tyus Jones should already be rostered in most leagues but seemingly, that is not the case. If he is available, go and grab him as it appears a very real possibility he could be the starting point guard moving forward.

James Harden has been listed as questionable for Sunday, as he continues to battle an ongoing injury. It doesn’t appear too serious but the Rockets could play it safe as they look to ensure he is healthy for their playoff run. If he misses Sunday’s game, Danuel House could once again find himself in a much larger role and is worth keeping an eye on in case he is shifted into the starting lineup.

The Nets are coming off a big loss to the Jazz on Saturday, and with very little rest, will head into Los Angeles to face the Clippers. They currently occupy the sixth seed in the Eastern Conference and it would appear they will end the season in a similar position. A number of teams are close enough to make a move and so they do need to keep winning their fair share of games. After two straight losses, the Nets will be looking to bounce back, however, the Clippers continue to surprise and will be far from an easy opponent.

Outside of a loss to Portland, the Clippers have been winning well and will look to continue that trend against the Nets who are on the second night of a back-to-back. After a number of moves at the trade deadline, the Clippers were thought to have been giving up on this season and looking to the future. That has simply not been the case and they are now basically assured of seeing the post-season. Landry Shamet has fitted in well with his new team and over his past seven games, is averaging almost four three-pointers per game, making him one of the more reliable streaming options.