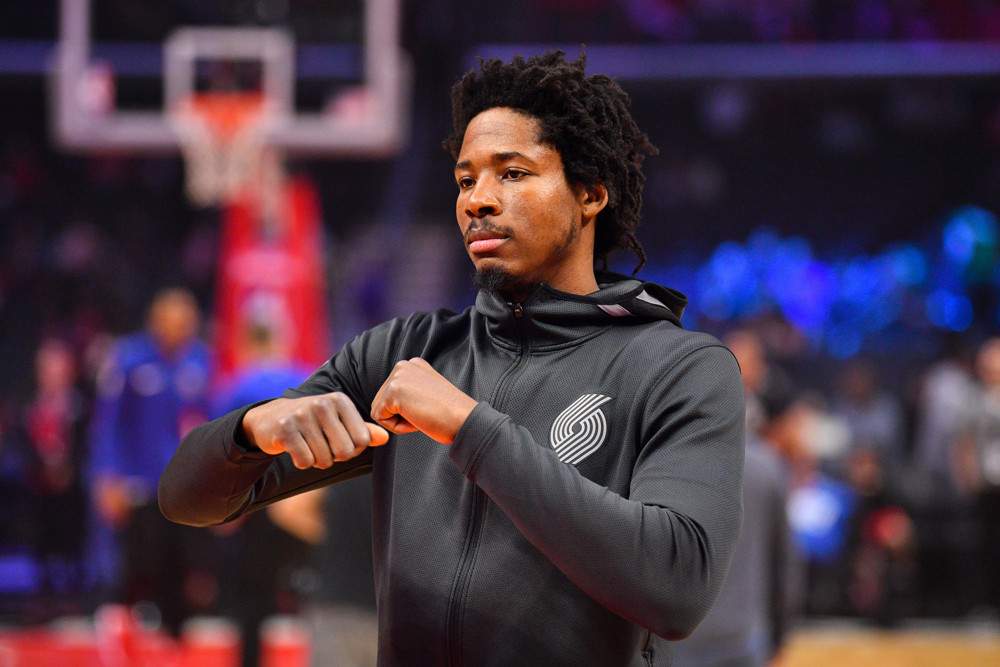 A number of teams are on the second night of a back-to-back set Saturday, meaning fatigue could certainly be an issue for many players. The Nets are not one of those teams and will head to Utah to face a much-improved Jazz team. Ed Davis continues to provide consistent rebounding numbers off the bench for the Nets and has been the 25th most prolific rebounder over the past two weeks. In fact, over the course of the season, he is the 27th ranked player in under 20 minutes per game. The Nets have two games over the weekend and if rebounds are what you need, Davis could certainly be the answer.

The Hawks have won two straight games and will certainly have confidence as they head into Boston. Kevin Huerter has picked things up over those last two games, hitting four triples in each contest. After a period of standard league relevance earlier in the season, he had been slumping since returning from injury. His playing time has remained reasonably consistent and he could once again be viewed as a three-point streamer who can contribute in other areas.

The Celtics are battling with the Pacers and the 76ers for seeding position in the East. This is definitely a danger matchup, coming up against a Hawks team that is playing with confidence right now. Terry Rozier missed the last game due to an illness and has been listed as questionable heading into Saturday. His absence doesn’t correlate to another player seeing an uptick in their value and so it is only those who have rostered Rozier who need to pay attention.

The Grizzlies had won three consecutive games before losing to the Hawks and will absolutely pose a few problems for the Wizards. Delon Wright continues to impress and has scored at least 10 points in five straight games. His value is obviously capped as long as Mike Conley is healthy, but Wright is still worth picking up in most formats.

The Wizards are on the second night of a back-to-back and return home after losing to the Hornets. The loss is going to make their playoff aspirations even harder, and it was compounded by an injury to Tomas Satoransky. He suffered a head injury and never returned against the Hornets, with a concussion being a very real possibility. If he is forced to miss Saturday’s game, Chasson Randle could be worth a look in deeper formats, although, he did only play eight minutes Friday.

The Suns are coming off a narrow loss to the Rockets on Friday and could be without their starting point guard for the second straight game. In Tyler Johnson’s absence, Troy Daniels moved into the starting lineup but had just three points in 15 minutes. Devin Booker basically assumes the facilitation role, so even if Johnson is ruled out, there is no clear pickup.

The Pelicans are also on the second night of a back-to-back, suffering a 12-point loss to the Trail Blazers on Friday. There has been no official word on the status of Jrue Holiday, although, it does appear he could be headed for a shutdown. Frank Jackson scored 16 points in 36 minutes Friday, continuing to impress on the offensive end. He offers very little else but the playing time is almost reason enough to give him a look in competitive formats.

The Cavaliers are bumbling their way to the finish line this season, but have managed to find additional playing time for those players that may not have otherwise been on the floor. Ante Zizic has put together three decent performances, averaging 13.3 points and 6.6 rebounds over that period. The numbers aren’t blowing anyone away but he could be streamed in if you need help in either of those categories.

Despite losing seven straight games, the Mavericks have uncovered one of the value pickups of the season. Jalen Brunson has been dynamic across the last two weeks and is likely going to help a number of owners in their quest to win their respective league. He is providing points, three-pointers, and assists while hitting basically all of his free-throws. If he is still available in your league, pick him up if you are in need of guard stats.

It appears as though Kevin Durant is going to miss a second straight game with an ankle injury, but that will have very little impact on potential fantasy value. The Warriors are one of the more boring teams in terms of streaming, however, the game itself should be worth tuning in to.

The Thunder are coming off a heartbreaking loss to the Pacers and will certainly view this as a potential statement game. They are fully healthy and Paul George has appeared far better over his past two games. Much like the Warriors, there is little to talk about from a fantasy perspective so simply watching for the excitement is going to have to be enough.

Friday’s win over the Pelicans moved the Trail Blazers back into the fourth spot in the Western Conference standings. Moe Harkless sat out Friday’s game with a knee injury and given they are on a back-to-back, it wouldn’t be at all surprising to see him miss another game here. Rodney Hood saw an increased role in the victory but is likely to be rostered in many standard leagues already.

The Spurs are also playing for the second time in 24 hours, however, had a much easier night Friday with a comfortable victory over the Knicks. Their starters were able to play limited minutes which should put them in a good position come Saturday. The Spurs have a number of three-point streaming options who could get hot on any given night. Bryn Forbes hit three triples in Friday’s victory but it could very well be Patty Mills or Marco Belinelli who has their shot going Saturday.

The Pacers will be looking for another victory Saturday, as they attempt to move back ahead of the 76ers who defeated the Kings on Friday. Tyreke Evans will return to the lineup after missing three games, although, he has certainly been far from a standard league asset this season. If for some reason you are holding onto him in 12-team leagues, the time to drop him was about two months ago.

The Nuggets will be hoping the Thunder can take care of the Warriors, meaning a victory themselves would level things up at the top of the Western Conference. This will be a highly entertaining game with both teams pushing hard for a victory. Monte Morris should be considered if you need assists, especially now that Isaiah Thomas is completely out of the rotation.

The Pistons victory against the Lakers on Friday moved them ahead of the Nets, into the sixth seed out East. The Nets are coming off a 12-point loss to the Thunder but had won four straight games leading up to that. Ed Davis continues to be the premier rebounding streamer across all formats, averaging 10.0 rebounds over his past five games. Given the Nets are on a back-to-back to finish the week, Davis should be considered if you need boards despite the fact he offers nothing else.

The Jazz certainly have an uphill battle in front of them if they hope to get into the top-four in the Western Conference. They are currently sixth in the standings, 2.5 games behind both the Thunder and the Trail Blazers. Kyle Korver has been shooting the ball well over the past two weeks, averaging 2.7 triples in his last eight games.