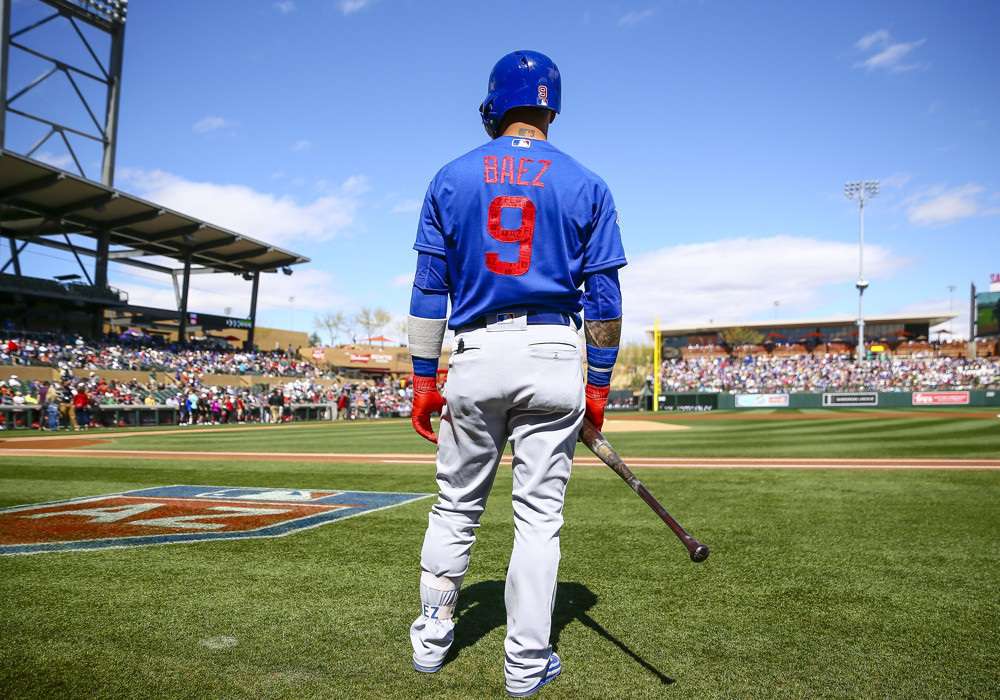 It is our goal at Fantrax to not only give you a leg up on the competition with player trends and evaluation, but to make you a better overall fantasy player. In my Sabermetric Series, I discussed some great metrics that are at our disposal. Another terrific tool that I use in a lot of my analysis is BrooksBaseball.net. If you haven’t used the site much, this will serve as a primer to get your feet wet and fill you in on much of what Brooks Baseball has to offer.

I’ll dive into the hitting side of the site next time, but today we’ll start on the pitching side. Brooks offers a plethora of information for both hitters and pitchers. Arguably the best use of the site, however, lies in the wealth of information available for pitchers. When you go to the site, the homepage gives you links to the Dashboard (the present day’s slate of games), Player Cards, and their Pitchf/x data. You can also search for a specific player using the search bar at the top of the page. Briefly, before I get to the ins and outs of the player pages, just know that there is a ton of information to play around with here. I’ll get you started on the main points in this post, but get in there yourself and dig around to familiarize yourself with the many options at your disposal.

Getting the Most Out of Brooks Baseball

I’m going to search for Chris Sale because he’s awesome. His landing page immediately tells you about his repertoire. On top of that, it provides you with an overall sense of just how effective his pitches are, and how they are effective.

So, already, awesome. All you had to do was search for his name. From here, you can also find links to:

There is a bit of overlap in the data contained within the different tabs — different paths to the same destination, if you will. Therefore, I won’t go completely in depth with each tab, but I’ll touch on the important parts. Again, I urge you to visit the site and play around yourself. To begin, Tabular Data takes you to a nice table containing stats for all of his pitches.

You immediately see his usage rate, pitch velocity, movement, and release point. It defaults to the player’s career numbers, so if you’re strictly looking to collect information from the prior year, make sure to select that under the “Quick Date Selector” drop box. From here you can select options to see what pitches he threw most when he was ahead in the count, behind in the count, to lefties, to righties, etc.

Moving on to the Velo and Movement tab, you get what you might have expected … velo and movement! This is a more micro look at some of the information you saw in the Tabular Data section. You can sort his velocity, movement, and release points by career, month, game, even times through the order. You can use this section to determine if a player has gained movement by altering his release point or seen a change in velocity over time. If a pitcher’s results suddenly change, this is a good way to find a reason why. A veteran like Sale isn’t likely to have anything change at this point, but younger pitchers who are still tinkering and developing their arsenal can look much different from one year to the next.

But now, on to my favorite tab — Usage and Outcomes! *Cues trance music and starts to rave* From here you can break down a pitcher’s pitch usage by year, month, game, etc. Whenever I see a pitcher posting significantly different results from what we’re used to seeing, I go to this page to see if there’s been a change in pitch mix. This greatly helps to legitimize or debunk a pitcher’s recent performance. If nothing has changed in his deployment, that really mitigates the chances that the performance fluctuation isn’t just small sample variance. On the other hand, if suddenly a pitcher has started throwing a slider 18%+ of the time which is netting 22% whiffs, 54% ground balls, and a .102 ISO, well you might just have something big. In case you’re wondering, that’s what German Marquez did in his breakout 2018 season.

You can get the results of each pitch from the Usage and Outcomes tab, as well. I often reference the Whiff Percentage per pitch as well as Ground Balls per Ball In Play. You can also find Batting Average Against, as well as a host of other options. Batting average is a noisy stat, so you can also look at ISO for a better sense of how hard a pitch is getting hit.

The Scatter Charts tab goes more in-depth on the pitcher’s pitch movement and release point, plotting the data nicely on a chart to compare. A change in release point can sometimes signal an injury, but it can also be a red flag if the release point is different from one pitch to another. Hitters will catch on to that and be able to sit on a pitch if he recognizes different arm slots.

Finally, there’s the Zone Profile tab. From here you can see where in or out of the zone a pitcher attacks most often. It’s helpful here to break the data into splits against either lefties or righties to get a better idea of how the pitcher works depending on handedness.

This is really only scratching the surface of everything Brooks Baseball can give you, but this will at least get you started on the pitchers. Whether you’re doing your own research for fantasy purposes or you just want to learn more about a player of interest, Brooks has a plethora of tools to help you out. Head on over and play around!