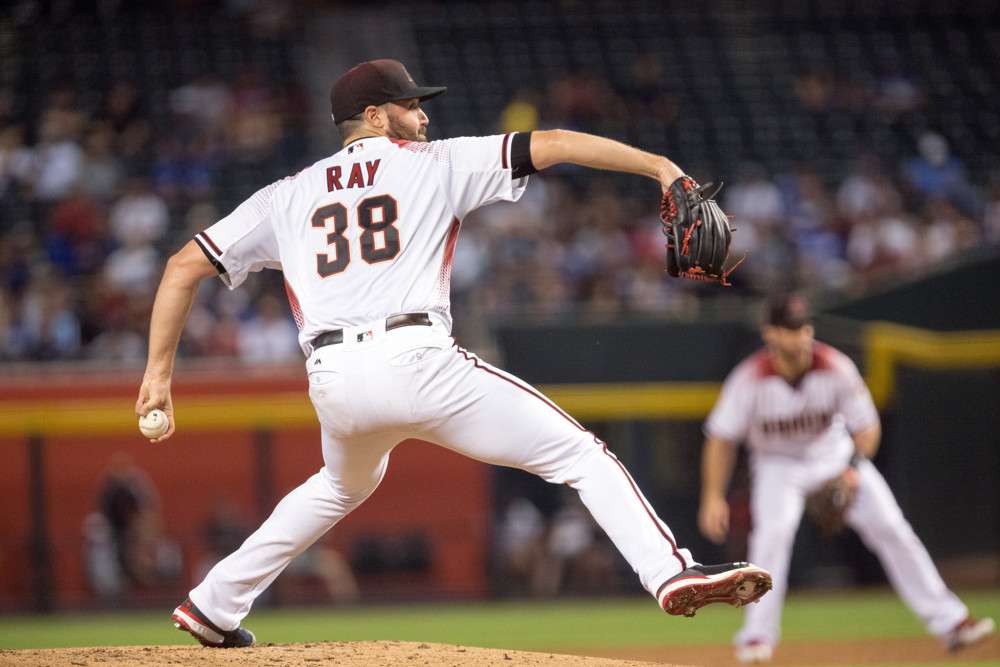 Welcome to the fifth and final edition of this Sabermetric Series. It’s time to look beyond the basic pitching metrics and dive into some of the best tools at our disposal for pitcher evaluation. Here we will cover batted balls, quality of contact, and plate discipline. Wait, what’s that you say? We already did that? Well, my sweet summer child, we have covered such things for hitters, but not pitchers! The metrics are the same, but how we look at them and utilize them are much different. These stats can be every bit as important in justifying a pitcher’s performance as FIP or SIERA, so let’s get going.

We covered batted balls for hitters way back in Part 1. However, we look at things much differently through the pitching lens than we do with hitters. Line drives are a great thing for hitters, but for pitchers, it’s what you try to avoid. Ground balls are good … but not as good as fly balls. To reiterate from Part 1, the average BABIP on a ground ball is .236, while it’s just .117 on fly balls. Some pitchers can maintain very high GB or FB rates throughout most of their careers, and that can make FIP and xFIP unreliable. When you see a pitcher with a 3.50 ERA but a 4.50 FIP, look at his batted ball distribution. If he has, for example, a 47% FB% — there’s a reason he’s beating his FIP, and it could be sustainable.

Different pitchers can have success being extreme ground ball pitchers or extreme flyball pitchers. There is no one formula that works for everyone. If you can consistently induce 60%+ ground balls, you’re going to help yourself maintain a good BABIP (presuming your infield defense isn’t horrendous). It isn’t everything, but it is a good thing. Flyball heavy pitchers can also consistently limit their BABIP, particularly with good outfield defense behind them. For example, Marco Estrada befuddled many a fantasy player in 2015-16 with ERAs much lower than his FIP. He did this with a FB% around 50% and an elite pop-up rate. It’s important to take into account the venue in which a flyball-heavy pitcher calls home, however. Flyballs are obviously the type of batted balls that can turn into home runs, so extreme flyball pitchers can run into homer issues pitching in small parks.

We also mustn’t overlook IFFB%, or pop-ups. As detrimental as they are to hitters, on the flip side they are money for pitchers. They are automatic outs, and it doesn’t get any better than that. If you look at the 2018 IFFB% Leaderboard, you see some very successful seasons that coincide with that stat. DeGrom? Scherzer? Verlander, anyone? None of the top 10 in IFFB% finished with a BABIP over .295, with the average BABIP among them being just .274.

Soft%/Med%/Hard% is a good complementary tool for evaluating pitchers. As stated in Part 1, the averages in 2018 were 18.1%/46.7%/35.3%. A quick look at some of the Soft% leaders from 2018 (hello again, Mr. DeGrom) confirms that inducing soft contact leads to less hard contact and, as Borat would say, great success. However, allowing a bit too much hard contact isn’t quite a death sentence. In fact, the two pitchers that allowed the highest Hard% in 2018 — Cole Hamels (41.9%), Patrick Corbin (41.7%) — had great seasons. They were able to overcome an abundance of hard contact by striking out a lot of batters and working out of trouble. However, if you don’t strike out many batters, your results are likely to be considerably worse. Pitchers that induce a great deal of soft contact and pop-ups are generally going to wind up with good results though, regardless of strikeout rate.

Perhaps the two most important plate discipline metrics for pitchers are O-Swing% and SwStr%. The higher the chase rate, the more a pitcher is getting a hitter to expand the strike zone and potentially make poor contact. Anything over 32% is pretty encouraging. With swinging strike rate, anything over 10% has my attention. Max Scherzer posted a 35.8% O-swing% and 16.1% SwStr% en route to an incredible 300 strikeout season.

One of the best aspects of using plate discipline stats in your analysis is that you can look at them in smaller samples and be able to rely on them a bit more than simply K% or ERA. In fact, some of these numbers can be predictive to an extent. For example, if you have a starter who has thrown 50 innings and has managed a 30% K%, is his stuff really that good? If he has a SwStr% of just 8% and a 25% O-Swing%, odds are those strikeouts are coming down.

You can also look at Zone% and F-Strike% when evaluating walk rates. Neither stat individually is enough to guarantee a pitcher will move forward with good or bad control, but it can help you tell if a big change in a walk rate is legitimate or anomalous. If a pitcher has suddenly cut his walk rate in half, look at his F-Strike% and Zone%. Is there a notable change there? If not, he probably hasn’t really made an adjustment, and he will revert closer to his career rate over time.

F-Strike%, or First Pitch Strike Rate, tells you the percentage (per batter) that a pitcher throws the first pitch for a strike. A higher number indicates strong control/command and an aggressive approach on the mound, while a lower number generally indicates a lack of control. The average is around 60%, and any pitcher with a F-Strike% over 65% is pretty much a lock for a good walk rate. Miles Mikolas led all qualified starters in 2018 with an elite 70.8% mark — his BB/9 was 1.30. Conversely, anything below 58% is pretty poor and will most likely indicate a pitcher is going to be prone to walks. Gio Gonzalez put up the worst F-Strike% in 2018, at 53.8%. He posted a 4.21 BB/9.

Zone% is simply the percentage of pitches a pitcher throws in the strike zone. The average is around 45%, with the 2018 leader being (again) Miles Mikolas at 48%. The lowest mark goes to Patrick Corbin at 34.4%. This is a great case of why looking at Zone% by itself doesn’t do you much good, though, which is important to bear in mind. Sometimes a low zone rate means pitchers can’t find the strike zone. However, pitchers can be very effective pitching out of the zone and getting batters to reach or make weak contact. Corbin had that extremely low zone rate, yet walked just 2.16 batters per nine. He got first pitches for strikes at a 64.4% clip.

One final metric of some interest is Z-Contact%, or the contact rate allowed on pitches within the strike zone. This can be an indicator of a pitcher possessing really nasty stuff. League average zone rate is right around 86%, but the truly elite guys like Sale and Scherzer are able to live in the upper-70’s. Relievers often have elite Z-Contact rates because they typically have two great pitches that garner whiffs like crazy. Pitchers with low Z-Contact rates can pound the zone and still get whiffs, which makes for a terrific pitcher. Conversely, Bartolo Colon posted a 92.6% Z-Contact% in 2018, as an obvious pitch-to-contact type of player.

With that, we wrap up this Sabermetric Series. I hope you’ve enjoyed it, and if there is anything from this series you want to discuss with me, or if there is something I failed to touch on, reach out to me @NathanDokken on Twitter. I’d be more than happy to chat with you. It is my hope that you can utilize these metrics in your own personal analysis, and perhaps even be a better player because of it.