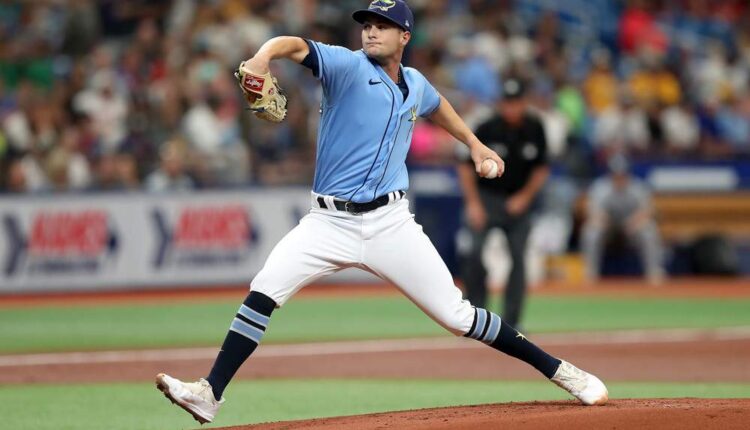 The fantasy baseball season is slowly winding down and playoffs are just around the corner. You can still make up ground in your fantasy leagues by strategically picking up the best two-start pitchers. This week there aren’t as many two-start pitchers as usual so you may have to pay up for them in FAAB. As always, make sure you consistently check the Fangraphs Starting Pitchers Grid before you make any moves or transactions. Pitching rotations change daily. Let’s take a look at the two-start pitchers for Week 22 (8/29-9/4)!

Shane McClanahan is one of the best pitchers in baseball and he will be drafted as a top-five pitcher in all fantasy leagues next year. McClanahan has a 2.55 xERA with 182 strikeouts across 147.1 innings. His 32.5 K% is in the top sixth percentile and batters have only a .199 xBA against him. Simply put, he is a stud and he is match-up proof. Next week, he takes on the Miami Marlins and then he travels home to take on the New York Yankees.

Since returning from the IL, the Detroit Tigers’ Matt Manning has a 2.70 ERA with 27 strikeouts in 30 innings. Manning is coming off a season-high eight strikeout performance against the San Francisco Giants where he didn’t walk a single batter. He has two home starts next week against the Seattle Mariners and the Kansas City Royals. He should be started in all leagues.

Starting Pablo Lopez next week is risky business to be sure. This is the first time in Lopez’s career that he has pitched more than 112 innings and it’s really starting to show. Over his last 24 innings, he has a 6.75 ERA with a 1.75 WHIP. Although his last outing was a six-inning shutout, it was against the abysmal Oakland Athletics. Next week he runs the gauntlet as he faces the Los Angeles Dodgers and the Atlanta Braves. If you must start him, you will be in my prayers.

Out of all the “must sit” pitchers this week, Adrian Houser has the two best matchups. With that said, Houser has a 4.92 xERA, and hitters have a .276 xBA against him which is in the eighth percentile in baseball. Another issue is that Houser hasn’t pitched more than 2.1 innings in his last two starts. Next week he faces the Pittsburgh Pirates at home and then travels to the desert to take on the Arizona Diamondbacks.

Rest of Season Fantasy Baseball Rankings: May and McCullers Jr. Moving Up