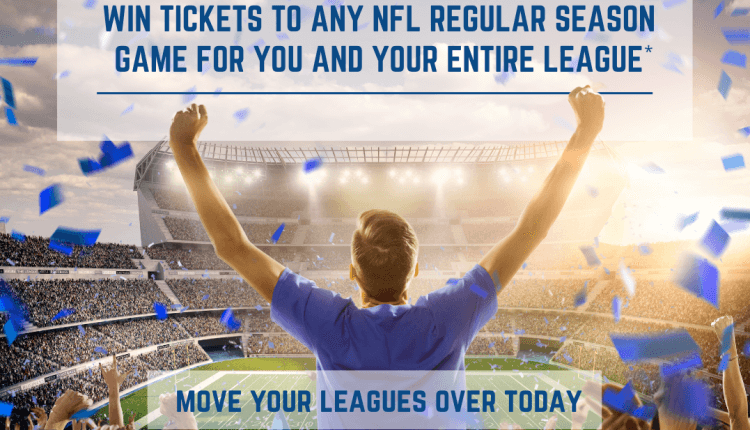 Sound too good to be true? It’s not. It happened to The Dynasty League last year and Fantrax is at it again for the 2022 fantasy football season. One lucky league will get to go to the NFL regular season game of their choice and Fantrax will handle the tab.

So get your league moved over to Fantrax and your league could be the chosen one! Already on Fantrax? No problem, you’ll automatically be entered in the contest. Check out the details below and let’s all get ready for some football! 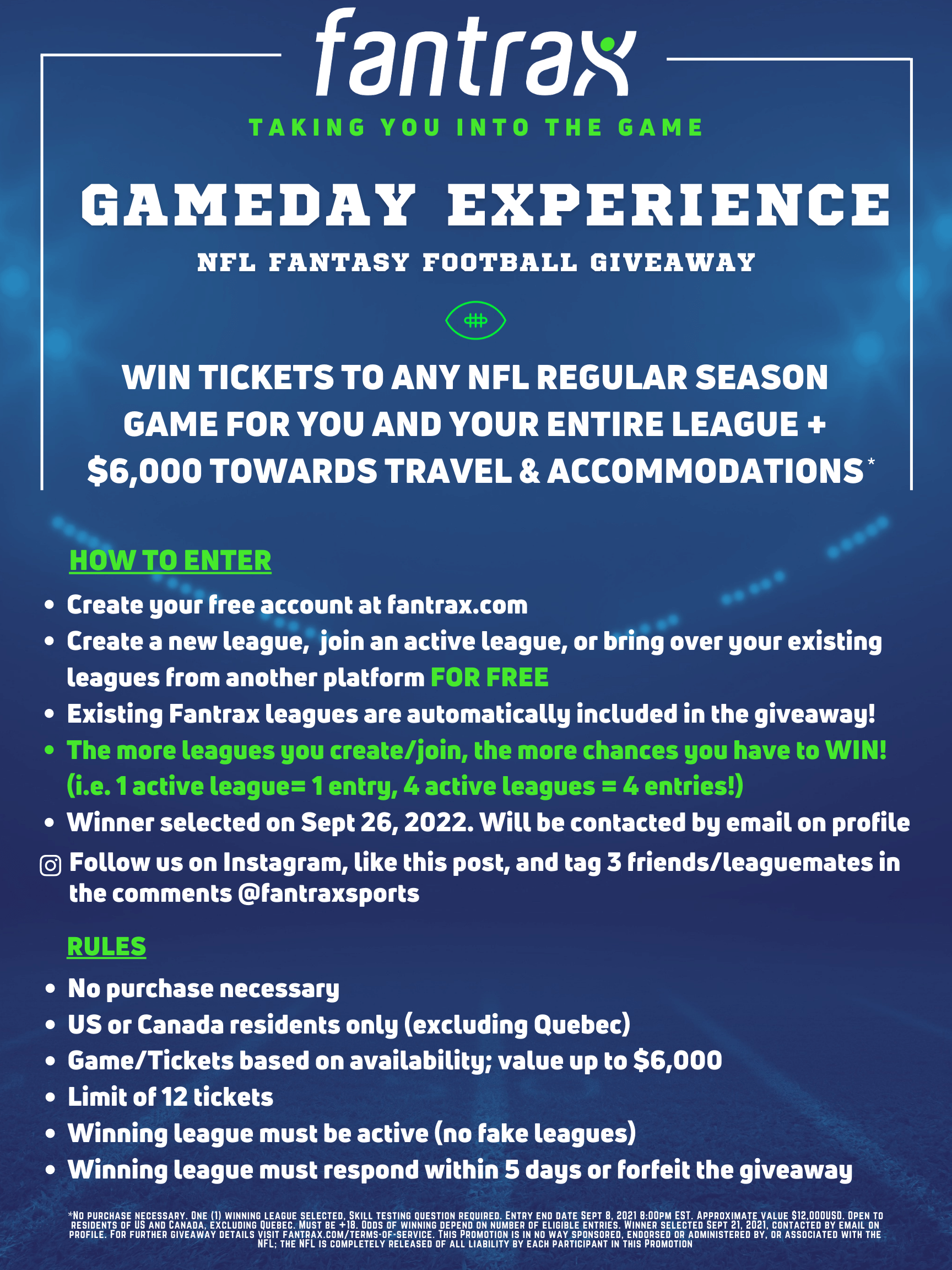