Rest of Season Fantasy Baseball Rankings: May and McCullers Jr. Moving Up 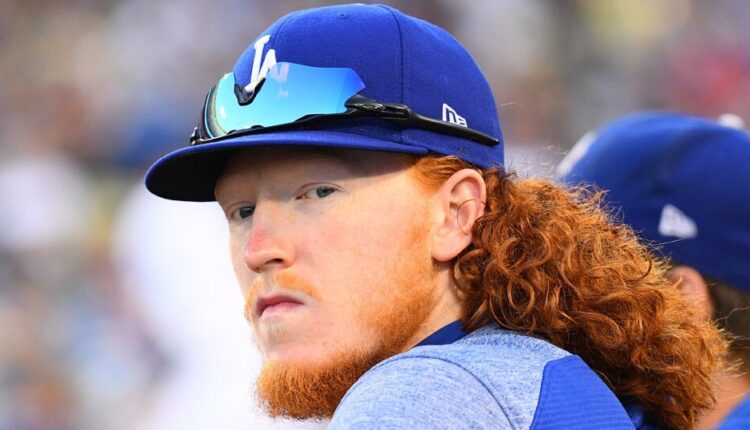 Since his return on August 2, Jacob deGrom has looked like his old self. He has shown no signs of rust, posting an absurd 0.55 WHIP and 44.7 strikeout rate. Those numbers are nearly identical to the ones he posted in his historic first half last season. But deGrom is not the only pitcher to have returned recently after missing most of the season. Dustin May took the Dodger Stadium mound for the first time in nearly 500 days last Saturday. He also looked every bit as dominant as he did before having Tommy John surgery last May. And Lance McCullers Jr. has posted a 1.69 ERA in three starts since returning from a flexor tendon injury. The arrows are pointing up on both May and McCullers in terms of my rest of season rankings as we approach the final month of the season.

Dustin May struck out half of the 18 batters he faced in Saturday’s victory against the Miami Marlins. He posted a 41 percent CSW (called strike and whiff) rate. What was most impressive to me about his outing was that he had success with all his pitches. He had at least a 35 percent CSW rate on five different offerings. Sure, he only threw 11 cutters and three changeups, but the point remains. The command of his repertoire right off the bat is extremely encouraging for his rest of season outlook. And yes, the Marlins are not exactly the best offensive barometer in the Major Leagues. They have scored the fourth-fewest runs in baseball. But who exactly is going to string together quality at-bats and make hard contact against this arsenal?

I have bumped May up in my rankings into my top-50 starting pitchers going forward. I may not be high enough based on his massive upside. My main concern is that the Dodgers are likely to use a six-man rotation once Clayton Kershaw returns next week. Because of that, it is very possible that May will never have a week where he gets two starts. Most high-end pitchers will enjoy at least one such week from now until the end of the regular season. The Dodgers also do not need to overextend him, with a playoff berth on the horizon. May threw 71 pitches in his first outing, and will slowly ramp up in the coming weeks. On a per-inning basis, I expect May to perform at an elite level. But I think he will throw roughly 10 innings less than most ace-caliber pitchers.

Despite the low ERA, McCullers Jr. has been a bit of a mixed bag in his first three starts of 2022. He has shut out opponents in two of three outings. However, he has struggled mightily with his command and control. He has walked a whopping 14.9 percent of batters thus far. McCullers Jr. has never exactly had pinpoint control. His walk rate in nearly 700 Major League innings is almost 10 percent. But he has usually been able to mitigate the damage with a high strikeout rate. That has not yet been the case this season, however. McCullers Jr. has punched out just 19.4 percent of hitters through three starts. When your K-BB percentage is just above Dallas Keuchel’s, that is a problem.

His average fastball velocity is about one mile per hour less than it was last season. That could explain a bit of the trouble he is encountering. McCullers Jr. has generated just one whiff on 29 swings against his sinker so far. In Friday’s start, he maxed out at 95.8 MPH but averaged just 92.7 MPH. Perhaps he is trying to be more judicious when he lets it fly. But he will have to figure that out to become a trusted fantasy commodity over the final six weeks. His slider and curveball have been excellent, with whiff rates of 37.5 and 29.6 percent, respectively. The curveball has long been a weapon for McCullers Jr. But the slider has been extremely effective considering he did not implement it until last season. If and when he figures out his command of the sinker, look out.

I do think McCullers Jr. will turn it around sooner rather than later despite his struggles. There is usually an adjustment period for most pitchers after such a long layoff. If the Astros stick with a five-man rotation for the next few weeks, his next four starts would be against the Angels, Rangers, Tigers, and Athletics. There are not a whole lot of pitchers who face a friendlier foursome. With wins seemingly being harder than ever to come by for starting pitchers, Lance McCullers Jr. could provide fantasy managers with a boost in that category down the stretch. I moved McCullers Jr. up about 50 spots overall in this week’s ROS rankings based on his upside and upcoming schedule.

Fantrax was one of the fastest-growing fantasy sites over the last few years, and we’re not stopping now. We are the most customizable, easy-to-use, and feature-rich platform in the industry, offering the greatest fantasy experience for your dynasty, keeper, redraft, and best ball leagues. Fantasy sports doesn’t sleep, and neither does Fantrax, with seasons running 365 days a year. Take your fantasy leagues to the next level now at Fantrax.com!
MLB ROS Rankings
Share

Look Who’s Streaking: Joey is a Meneses to Society